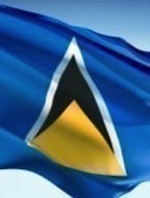 Officials on St. Lucia said masked gunmen held up a tour bus full of about 50 tourists from a visiting cruise ship and robbed them, the Associated Press reported. No one was reported to have been hurt.

The Caribbean island-nation's tourism minister described the incident as an "unfortunate and a horrible scenario," adding that the robbery took place during a shore excursion with cruise ship passengers in Soufriere.

St. Lucia Tourist Board Chairman Mathew Beaubrun has portrayed the robbery as a "rare incident," according to the Associated Press.

However, in November, there were reports of a 75-year-old Canadian tourist who was beaten and robbed while on a walk with his wife. The man, from Prince Edward Island, died a few days later from his injuries.