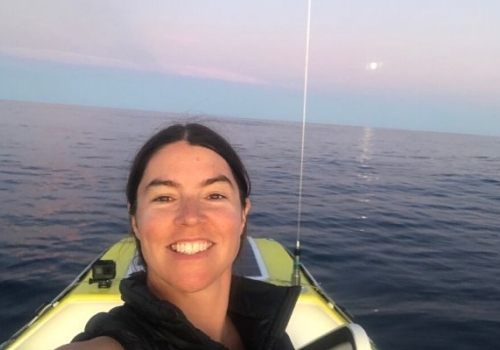 Ocean rower Lia Ditton has embarked on her bid to set the fastest ever time for a solo crossing from San Francisco to Hawaii.

As part of preparations to achieve her ultimate ambition to become the first person to row alone and unsupported across the North Pacific in 2021, the professional sailor and writer departed on the 2500-mile journey from San Francisco East Bay on 23:00 PDT on 17th June to challenge the all-time record of 52 days set by Rob Eustace in 2016. If Lia is still rowing beyond this time, she will attempt to break Roz Savage’s 2008 women’s record of 99 days.

The London-born 40-year-old, who trains from her base in San Francisco, spent the final few weeks before setting off wiring her own boat, ensuring all the necessary equipment was on-board and packing enough food for 75 days while keeping her boat as light as possible. Her land-based team is assisting with weather routing, medical support and safety, as well as keeping friends and supporters updated on her progress.

After departing under the famous Golden Gate Bridge, Lia’s daunting voyage will require her to negotiate the notorious difficulties associated with the Continental Shelf before facing the possibility of ship encounters, extreme weather and currents, and the uninviting prospect of travelling through a location known as the ‘Shark Café’. Everyone can follow her progress during the next few weeks by checking https://rowliarow.com/find-lia/.

Before leaving, Lia said: “My decision to row the ‘half marathon’ before the full Japan to San Francisco attempt next year was originally a humble training row, but is now a fully-fledged record attempt! Once I leave, all I know is that I am going on an adventure. My plan is to row to Hilo, Hawaii, if the weather gods bless me with favourable conditions, I have a chance of breaking the men’s record. If I go over 52 days, I will row on to O’ahu to challenge the women’s record. 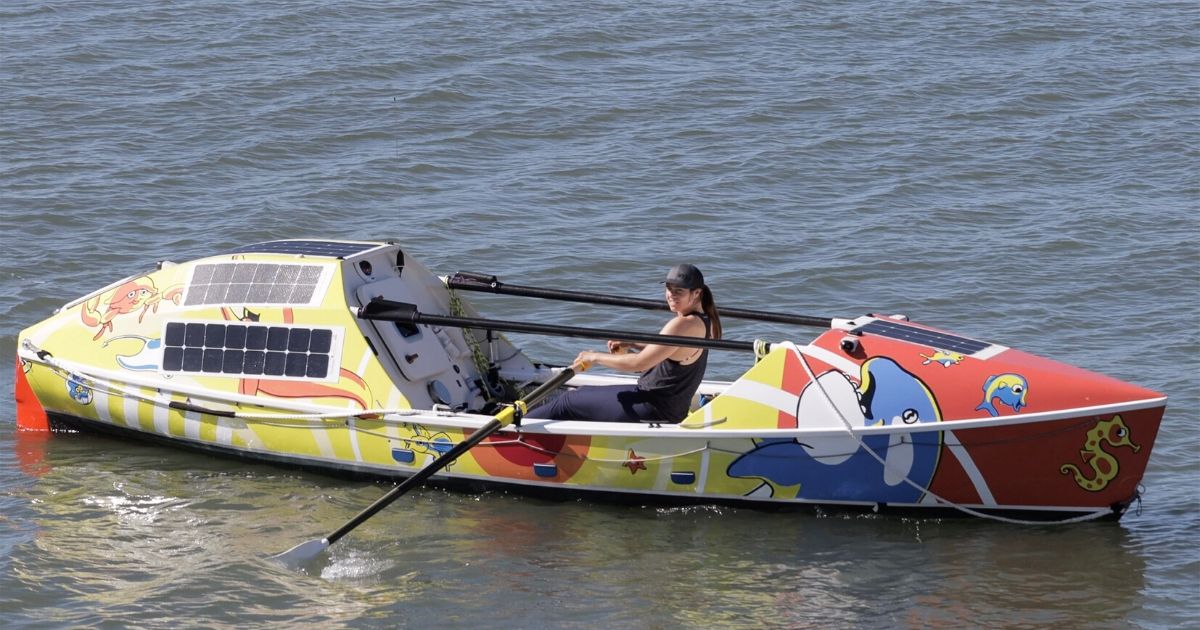 “The Continental Shelf, which is almost always rough, will be a major milestone. I will also have to row right through ‘Shark Café’, an area where Great White Sharks leaving San Francisco are tracked by conservationists. From anywhere between 250 miles and 750 miles, I will hope to pick up the Trade Winds to nudge me on my way. It is certainly not over, until it’s over, as from mid-July to August, the chances of hurricanes increase, while the Hawaiian islands feature tropical micro climates, strong winds and currents around their shores.”

Lia has been preparing herself and her boat for several years to ensure she is ready to take on the challenge of rowing 5500 miles from Japan to San Francisco in spring 2021, bidding to succeed where 19 other attempts have failed. Lia has completed several long training rows off the west coast of America, most recently, a successful 728-mile, 24-day training row from Ilwaco, WA, to San Francisco in September 2019.

To maintain her mission to become the first solo rower to cross the North Pacific, Lia relies on the generosity of her supporters through her RowLiaRow crowdfunding campaign. Anyone who would like to add any amount to contribute to the cause can visit www.patreon.com/RowLiaRow. The RowLiaRow ‘Family of Believers’ are entitled to exclusive blog content and updates.

Stay in touch with Lia