Yachting News » Of Interest » Yacht a lot for Monaco and Switzerland!
« BACK

Yacht a lot for Monaco and Switzerland! 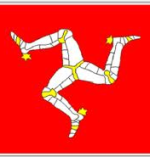 The Isle of Man Ship Registry can now take vessels with ownership structures in Monaco or Switzerland thanks to legislative changes which were passed by Tynwald.

This is a strategic move in terms of superyachts which was introduced in response to requests by the yacht industry on the Isle of Man, which sees great potential for new business opportunities as a result of these changes.

The Department’s Political Member with responsibility for the Ship Registry, Alex Downie OBE MLC, said: ‘I am delighted to have been able to establish regulations to extend our ownership criteria to include the important financial centres of Monaco and Switzerland.

‘The yacht management companies in the island see great potential in this latest move and I hope to see more yachts financed in these countries flying the Manx Ensign in the future.’

Dick Welsh, director of the Isle of Man Ship Registry said: ‘This is a very useful piece of legislation and a great example of the public/private partnership which exists in the Isle of Man.

‘The private sector worked with us to ensure that business opportunities are not lost and I’m happy that the door is now open for Monaco and Switzerland.’