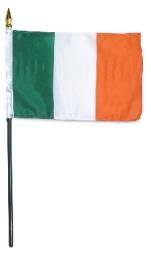 San Diego-born Christiana Virgilio, who has been captain of the €52m motor yacht Big Eagle for the last seven years, was speaking on board the vessel as it berthed at the Port of Cork’s city marina yesterday.

And she said some Irish ports, which have invested in facilities, including Cork, now rank right up there with the Mediterranean yachting hotspots.

“The only downside is the weather,” she joked.

“The Mediterranean destinations seems to have become a little tired of these kind of vessels, and they seem to have figured out new ways of charging us more. But not here.”

Big Eagle is the third super-yacht to berth in the Port of Cork in recent weeks — following Lauren L and Air. The Port of Cork said this niche market is one of several it is aggressively pursuing as part of its development plans.

Ms Virgilio said that while Irish facilities geared towards super-yachts have improved, the country is just starting to get the hang of catering for these vessels.

“It would be nice to be able to hook up to shore- side power but we haven’t found any facilities like that here,” she said. “There is a grey area with yachts too. People here wonder do we need a pilot, do we not? Do we need an agent, do we not? Because they’re not used to yachts. But everyone has been extremely helpful.

“And in terms of being able to get provisions and pilots, it’s great.”

The vessel’s owner, his family, and friends flew to Scotland last week — where he has family links — to rendezvous with the yacht before embarking on a tour of the Scottish coast and islands. They called to some ports in the North before cruising down the eastern seaboard, calling on Dublin and Waterford.

The owner then flew by private jet to Cork Airport to meet the vessel, before sailing to Kinsale for a historic walking tour and then back to Cork for a city-centre walkabout.

The owner and his guests jetted out of Cork Airport and are due to meet the vessel in London next week for a cruise up the Thames.

In the lap of luxury

Once a venue for Cannes film festival parties, director Quentin Tarantino is among the stars to have crashed on Big Eagle’s couches.

Sharon Stone sipped cocktails on its sun deck, while Alicia Keys, Kevin Bacon, Kevin Spacey, Sean Penn, Robin Wright, and Cuba Gooding Jr are among the stars to have soaked in its hot tubs. Joan Rivers has even chartered it for her own use, for a cool $175,000 (€133,000) a week in the Mediterranean, and for $165,000 per week in the Caribbean at Christmas.

But today, Big Eagle leads a quieter life as her owner’s own private yacht.

Once owned by Bernie Little, a major Florida Budweiser distributor, the yacht was sold after his death to two businessmen from Texas. All that is known about its current owner is that he is a super-rich American-based businessman.

The crew of 10, including an expert chef, can look after 12 guests who stay in luxurious suites — two king, one queen, and three twins.

The VIP suite includes a full entertainment system and a full marble bath with a whirlpool tub.

The four-deck vessel boasts an upper deck spa with hot tub and jacuzzi, a barbecue, and a wet bar.