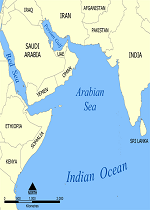 Hilary Lister is well known for her extraordinary trips. A quadriplegic, paralysed from the neck down, Lister hit the headlines in 2005 when she sailed  single - handed across the channel in a specially designed 27ft yacht that she controlled using a sophisticated sip and puff system.

In 2009 she sailed solo around Britain.

Today, she sets out on an 800nm trip from Mubai to Oman in a 28ft Dragonfly  trimaran. While this too has been adapted to allow sip and puff controls, Lister  will be joined by her carer Lisa Blacklocks, (who is a non-sailor) and Oman's  Nashwa Al Kindi a dinghy sailing instructor at Oman Sail who last November won  the ISAF President Development Award for outstanding achievement in the  development of sailing. The crew will also consist of a fourth person, a media  crew member, Niall Myant who is qualified Yachtmaster with extensive offshore  sailing experience but who will play no part in handling the boat unless an  emergency crops up.

Instead, the boat will be handled and run by just Lister and Al Kindi for the  800nm passage which will be Hilary's longest yet, by quite some margin.

"The longest I have sailed solo was my trip across the Irish Sea which took  17 hours," she told me a few days before setting off. "My previous longest trip  offshore with a crew was 72 hours."

This trip from Mumbai to Oman is expected to take nine days.

The trimaran has been modified to make use of reversible winches so that  Hilary can fully operate them allowing her to ease as well as trim using the suck and blow system.

"New technology has caught up with my needs and has allowed us to create a boat that I can handle without major alterations," she said. "One example is  that we don't need a self-tacking jib as I can tack the boat by easing and  trimming winches.

"Another is Raymarine's iPad/iPod interface which, for the first time has  allowed me to handle the waypoints and routes," she continued. "I use a long  stylus, which is actually a stick with some tin foil wrapped around it, to drive  the screen from which the instructions are sent using the standard WiFi link."

Aside from the task of running the boat from her wheelchair, sailing,  navigating, managing watch systems and the likes, the trip will present some  challenges of its own, particularly in the opening phases.

"I think among the difficult tasks, which the physical side will be tough,  managing and being responsible for a crew over such a long period of time will  be challenging. But more immediately there will be the issue of the huge amount  of shipping off the Indian coast, some of which will obey the rules and some  that won't," she said. "Once we're across the shipping lanes the traffic will  become more spread out."