Yachting News » Of Interest » Greece May Speed Up Port Sale
« BACK

Greece May Speed Up Port Sale 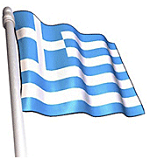 In an interview with The Wall Street Journal, Stelios Stavridis said the sale of the government's 74% stake in the Port of Piraeus SA, tentatively planned for 2014, could be brought forward to this year, and could also include a 30- to 40-year management concession.

Such a deal could potentially help cover a large part of the estimated €1 billion ($1.34 billion) shortfall in revenue meant to be raised this year by sales of state assets under the terms of Greece's international bailout.

Combined with the possible sale of Greece's national railroad, it also could potentially draw strong interest from Chinese investors, who have already invested in the container-terminal operations at the port, known as OLP.

The port "is a mature option, the Chinese investors already have presence there and recently Prime Minister Antonis Samaras made a visit in China," said Mr. Stavridis, chairman of the Hellenic Republic Asset Development Fund. "We have several different options; by the end of next month we will have completed our decision."

He didn't name any specific potential investors from China.

In 2009, the Chinese port operator Cosco signed a 35-year €500 million concession to manage the container terminal at the port. According to Greek officials it has signaled an interest in expanding its operations there.

Greece's ambitious but long-delayed privatization program stumbled badly last week, when the country failed to attract a single bid for the sale of its natural-gas company DEPA.

The Russian giant OAO Gazprom withdrew a preliminary offer, setting back the country's efforts to raise billions of euros to help pay down a mountain of debt.

Greek officials blamed the European Commission—one of the three agencies overseeing the country's progress in meeting its bailout terms—for derailing the deal amid concerns about Moscow's already tight grip on the European gas market. The commission has denied any involvement.

This year, Greece hopes to raise some €2.6 billion—about half of which would have come from the sale of Depa and its sister company, the gas-grid operator Desfa.

To date, the government has raised roughly €900 million, thanks largely to the pending sale of the gambling monopoly OPAP SA for €650 million. But that deal has yet to close because of disputes between the private consortium that won the bidding and the company's management.

Under the terms of the bailout, any failure to meet the targets means that Greece would have to enact additional austerity measures to cover some of the shortfall—something the government says it is unwilling to do. It also could force management changes at the privatization agency.

The government has said it would relaunch Depa's sale but this may not be completed in time for the country to meet this year's revenue target. Mr. Stavridis said it could take a year and a half before the fresh tender is completed.

Other privatizations that could be moved forward, according to Mr. Stavridis, include the main port in northern Greece, in Thessaloniki; a remaining 6% stake the state owns in Hellenic Telecommunications Organization; and its roughly one third stake in the country's biggest oil refiner, Hellenic Petroleum.

Depa "will be relaunched as soon as we know how to do it and we are certain there is market interest," he said. "It wasn't a failure, it was because of market conditions and that is not our fault.

Amid the challenges, there is one silver lining. A bid for Desfa of around €400 million by Azerbaijan's state-run oil company Socar is on track, although there were still talks about the final terms. "Desfa is looking good," he said. "By the end of the week, or even earlier, we will have results."

"If we complete DESFA, which we are optimistic about, the whole dynamic of DEPA will change," Mr. Stavridis said.