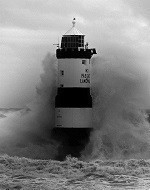 Fishermen across the south coast are facing a “desperate” situation as storms and high seas have grounded boats for almost two months.

Many have been unable to earn any money since before Christmas and as hurricane force winds smash their boats and fishing equipment it is feared that the losses could run into many millions.

Despite their plight they are being ignored by politicians, industry representatives claimed a day after David Cameron pledged that whatever was needed would be spent on the areas hit by flooding.

Along the entire south coast of England and Wales, smaller boats have been completely grounded and even the larger trawlers have only been able to snatch short periods at sea before the weather forces them to return to shore.

Conservative estimates suggest that at least 2,000 boats, around 4,000 fishermen, have been affected.

Tony Delahunty, Chairman of the National Federation of Fishermen's Organisations (NFFO) South East Committee, and the organisations Chairman-elect, said that the “relentless ferocity” of the wind is unprecedented.

“It is devastating, absolutely devastating. Everybody is deeply depressed and they are worried about the future," he said.

“Everybody has got families to think about and mortgages to pay, it is horrendous.

“It is also a little bit galling when you see the attention that is being paid to the flooding when coastal communities are really really struggling – we feel we are being ignored. “We need help as well, we need support, but at the moment it feels that we are being overlooked. We have the utmost sympathy for those whose homes are flooded, but everybody is struggling."

“It is devastating. There are no earnings coming in which means it is a problem keeping the crew and keeping up with the payments on their boats.”

Compounding the fact that the boats cannot go out to sea is the fact that their fixed gear, such as pots and ropes, is being smashed and damaged by the huge waves which have been battering the coast of the country. They have been unable to get out to rescue it.

Also, some vessels which have run aground have been looted.

There is no let up in the long term forecast and by the time the storms subside the fishermen could have lost more than two months of earnings, money they will be unable to recoup.

Mr Delahunty said: “The combination of high tides and extreme gales has hammered infrastructures, including vessels, harbours, sea defences and gears. The costs will run into many millions.”

Mr Delahunty, who works on a shellfish trawler from Selsey in West Sussex, said: “This is unprecedented. I have been fishing for more than 40 years and we have had bad weather, but never has it been so violent and so extreme.

“We have had a month of gales before, but these are nearly hurricane force - we have never had such severe weather over so prolonged a period.”

It is not just the fishermen themselves who are affected - it is the whole industry which relies on the daily catch.

Mr Delahunty said: “It is crippling the markets as well, they haven’t had any fish and they have got overheads and staff to pay. It is not just the fishermen it is right across the board.”

The lack of supply caused by the treacherous conditions has pushed up the price of fish, and recently some wholesale prices have been double what is expected, said Andy Wheeler of the Cornish Fish Producers Association.

“That price rise will be passed on to consumers,” he said.

Mr Delahunty added: “All of this amounts to a serious setback for the industry at a time when the boats have enough to contend with, adapting to new marine protected areas, quota reductions and the imminent arrival of a discard ban.”

Original Story by Hayley Dixon for The Telegraph via Google News
Thumbnail Courtesy of Wikimedia Commons/SteveF under CC 2.0
Image Courtesy of Flickr/BevGoodwin under CC 2.0