EYOS Expeditions Welcomes News of Discovery of the Endurance 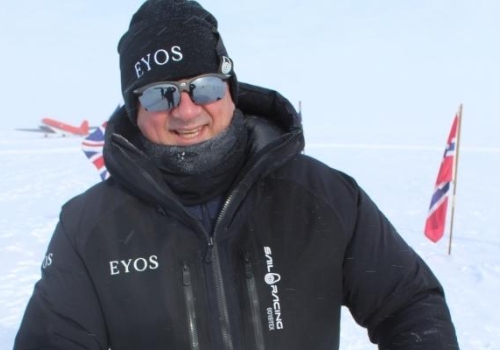 EYOS Expeditions has welcomed the news of the discovery of Ernest Shackleton’s historic ship, Endurance, 106 years after it sank in the Antarctic, at nearly 10,000 feet in waters that are among the iciest on earth.

EYOS Founder, Rob McCallum said: “This is obviously a historic moment that shows what is possible with developments in modern undersea technology and it is particularly gratifying to see the wreck found. As far back as 2014, EYOS worked on the initial feasibility study to find Endurance. Originally, it was considered impossible due to the wreck’s location, deep under the Antarctic ice. But by pulling together a team of experts, we were able to demonstrate there was a good chance of mission success. With an operational plan that included an icebreaker, Remote Underwater Vehicle (ROV), air support and a broad range of technical staff, we were confident Endurance could be found.”

The specific challenges of operating in the Weddell Sea included constantly shifting ice-floes on the surface, combined with having to work at depths of over 3,000m. Being able to maintain position over the wreck was a key element. “We have helped locate submarines, shipwrecks, and aircraft… all have had a story to tell. For many it is the final chapter and a sense of closure. For Endurance it is like finding an unexpected postscript in a well read and much-loved book, and it is a truly remarkable achievement by the #Endurance22 team.” says McCallum.

EYOS Expeditions has a strong history of planning and implementing deep water expeditions, including all of the world’s 10,000m trenches and several dives to Challenger Deep, the deepest point in the world’s ocean. In 2021 an EYOS expedition team located and filmed the world’s deepest known shipwreck, the USS Johnston, at a depth of 6,500m. “With the manned submersibles such as the Triton 36000/2 now able to dive to any depth- the first submersible ever classed as such- there are suddenly so many new possibilities for deep ocean discovery of all sorts.”

“This iconic wreck is a tangible link to the vessels of the ‘Heroic Age’ of Antarctic exploration” added McCallum who has just returned from an expedition to the South Pole. “I’m conscious that is something that Sir Ernest spent much of his life striving for…it was his ultimate dream.”