Yachting News » Of Interest » End to matriculation tax in Spain
« BACK

End to matriculation tax in Spain 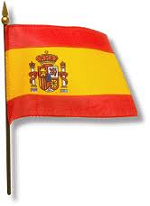 The Spanish media have reported that the Spanish Consejo de Ministros (Council of Ministers) has formally announced that it will end the imposition of matriculation tax currently payable on the hull value of yachts over 15 metres in length that charter in Spanish waters. This positive news is very welcome following the announcement last week of imposition of VAT on the charter of yachts in France from 15 July 2013.

Spain has historically levied an additional tax on certain means of transport in addition to VAT known as Impuesto Especial sobre Determinados Medios de Transport  which is more commonly known as ‘matriculación tax’.

The tax consists of a one-off payment of 12% on a yacht’s total value which represents a considerable burden on acquisition particularly when added to the Spanish VAT which is also payable at the prevailing rate (currently 21%).

The tax has resulted in yacht charter activity in mainland Spain and the Balearics remaining subdued in comparison to the activity taking place in the rest of the Mediterranean with the majority of charter yachts avoiding Spanish waters for fear of the imposition of the tax.

It would appear that matriculación tax will remain payable on private yachts above 8 meters in length registered in Spain and/or used in Spanish waters by individuals or companies who are Spanish residents and/or deemed to be established in Spain.

As this news is hot off the press we have yet to see the formal government announcement but we will update the site as further guidance becomes available.

As a pre-emptive measure, we are now working on a system of easy VAT registration for yacht charter companies in Spain as a bolt on to the provision of a similar service in France and Italy, so that yachts can effectively charter freely across all three member states. We will publish further updates as soon as information becomes available.

Oceanskies is an independent marine and aviation consultancy specialising in the registration and documentary support of yachts, aircraft and their crew.