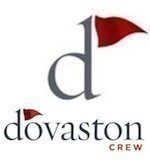 Dovaston Crew specializes in European and Antipodean crew and has a database of over 37,000 crew while being based in the high profile Mediterranean hot spots of the world; Crew Asia is a dedicated yacht agency in the Philippines (and as such must work under the requirements of the Philippines Overseas Employment Administration).

Crew Asia, headed up by founder and chairman Alan Mill-Irving, has an MLC-compliant offshore payroll system which, as a result, could be available to all nationalities, while Dovaston Crew offers a wide range of crew services including banking, insurance and mortgages.

“Communication has changed dramatically over the last twenty years. With the help of the internet, the world really is a smaller place.  Yachting has been subject to many pressures over the last couple of years, not least the recession and changes to Maritime Labour Convention 2006 laws and regulations. I believe we can provide captains with the skill mix, changes and payroll systems that will keep their boat safe yet efficient,” explained Phil Edwards, managing director of Dovaston Crew.

This alliance also brings to the fore the ‘east versus west’ dichotomy that has for a long time dominated crew selection. Speaking exclusively with SuperyachNews, Edwards added: “The yachting sector has changed over the last ten to fifteen years, driven mainly by the increasing size of superyachts. In the past, a boat with ten crew would have been considered a megayacht whereas now not only is it common to have thirty or more crew, but owners and captains are asking for a greater level of experience and professionalism in the crew we recruit.

“Phillipine crew have long been valued for their solid work ethic and calm demeanour. Twenty-odd years ago I worked on motoryacht Lady Hoo alongside several Philipine crew and can personally testify to their good humour, dedication and professionalism. It is an unfortunate fact that the eastern crewmembers seldom aspire to officer rankings, which is one of the reasons the alliance is so synergetic and timely.

“In my opinion, yachting is changing for the better. Outdated prejudices around east versus west are being left behind in a world where yachts are required to conform more and more to commercial standards.”