Dinghy Sailor Rescued Trying to Sail to US 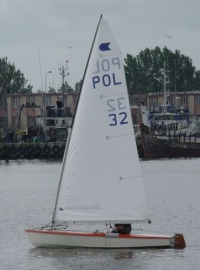 A sailor was rescued three miles off the coast of Dorset after trying to sail to the US in a 14ft (4.3m) dinghy.

The Bulgarian national had set out from Christchurch Harbour on Saturday when a passing yachtsman saw he looked seasick as he ventured into choppy seas.

Initially, the man refused help, but was eventually dragged on to an RNLI lifeboat and brought to shore. The RNLI said the man, whose only navigational aid was a street map of Southampton, faced certain death.

Pete Dadds, lifeboat crewman, said the man spoke in broken English and told them he had bought the dinghy earlier in the day. It was not clear why he was trying to cross the Atlantic but he did have a US visa among his belongings.

"He was taking on a lot of water - he was sodden. We said to him 'if you stay out here you will die'.

"It was an absolute mess. He was violently sick overboard and his temperature started dropping so we got him back. I was cuddling him trying to keep him warm."

Once on shore, the man was taken to hospital suffering from the effects of the cold.