Yachting News » Of Interest » Could the Castaway Fisherman Really Have Survived at Sea?
« BACK

Could the Castaway Fisherman Really Have Survived at Sea? 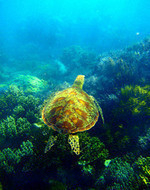 In a strange turn of life imitating art–the art in this case being the 2000  movie Cast Away, starring Tom Hanks–a fisherman who went missing  just over a year ago turned up on the shores of the Marshall Islands. His identity hasn’t been confirmed yet, but authorities in the Marshall Islands believe Jose Salvador Alvarenga was adrift at sea for 13  months after setting off from the Mexican village of Chiapas in late  2012.

He left in a 24-foot fishing boat in search of sharks with the teenaged son of a friend. According to Alvarenga, the boy couldn’t stomach the diet of birds and turtles that Alvarenga had to eat, and died of starvation. “I tried to get him to hold his nose and eat but he kept vomiting,”  he told AFP. He said he pushed the teen’s corpse  overboard.

As officials try to verify Alvarenga’s identity and his story, medical  experts are also struggling to make sense of what is either a remarkable story  of survival and fortitude, or a strange tale of a madman. Here’s how it story  stacks up, according to the experts.

He ate sea turtles and birds.

Since he was prepared to hunt for sharks, Alvarenga likely had  fishing gear or equipment that would enable him to grab fish or turtles. “He  could live on turtle for an extraordinarily long time,” says Robert Allen,  owner and head instructor of Sigma 3 Survival School–particularly if he ate as  much of the entire animal as possible. The guts and blood would have provided an  antidote of sorts to the possibility of protein poisoning, or consuming too much  protein and not enough of the other minerals and nutrients that cells and  tissues need to function.

But when Alvarenga was found, there was no fishing equipment on  board his boat.

Even if he had a sustainable source of food such as birds or turtles, he wouldn’t have survived as long without water, says Allen. “One of the main rules  of survival is that you don’t eat unless there’s water around,” he says.  “Protein is not as easily digestible as simple carbohydrates, and it takes  approximately three times as much water to digest protein. If he didn’t have a  fairly sustainable water source, and he consumed protein, he would get  dehydrated even more.”

He collected rainwater to avoid getting dehydrated.

It takes just one day to die of dehydration in dry and hot environments like  the desert, and the equatorial waters where Alvarenga drifted after being blown  off course are equally harsh on the mostly aqueous human body. “We can go a  pretty long time without eating, and we’re pretty good at storing calories when  we do,” says Dr. N. Stuart Harris, chief of the division of wilderness medicine  at Massachusetts General Hospital. “But when it comes to water, we’re just not  as efficient. We can’t drink 50 gallons of water and be set for the whole  month.”

Drinking sea water is out, too, and leads  to dehydration because we can’t concentrate and excrete the extra salt like  birds can.

If Alvarenga was in a fishing boat, he likely had containers in which he  could collect rainwater. It’s possible he could have squirreled away enough to sustain him: The Marshall Islands gets anywhere between 20 inches to 160 inches  of rain a year. “It’s a pretty remarkable feat, if he pulled it off,” Harris  says of the possibility that Alvarenga subsisted on rainwater. Alvarenga also said he drank his own urine, according to a report from officials who questioned him. Why wasn’t he emaciated?

Alvarenga says he spent days without eating. But if he was on occasion able  to eat a fish, bird, or turtle on occasion, says Allen, Alvarenga would  have maintained a certain amount of muscle. In the first few days that a body is  deprived of food, it turns to fat stores first and then muscle as a source of  fuel to keep essential organs like the brain and heart going. But the sporadic  meal would reset Alvarenga’s body and allow him to subsist on a lower amount of calories without eating away at additional fat and muscle.

Also, anything he did eat would be efficiently absorbed by the body rather than excreted. “Once you start surviving off the land, the body naturally uses it all,” says Allen, noting that bowel movements generally drop to once a week under these conditions.

Once the body becomes accustomed to functioning on fewer calories, it tries  to conserve energy by minimizing the biggest drain on fuel, the brain.  “Initially, you have a fair amount of energy, but not eating slowly catches up,  and you sleep 16 to 20 hours a day,” says Allen.

How did he survive the heat and the sun?

It’s not clear if Alvarenga had any sort of shelter or protection against the  equatorial sun, but that would have been essential to prevent him from dying of dehydration or passing out from heat exhaustion. While different people have  varying tolerances for sun exposure, avoiding the baking rays of the sun would  have been a priority, especially if he slept most of the day.

How could he remain mentally sound during such an  ordeal?

This is the biggest question, says Harris. “Anybody with a normal psychology would potentially consider, ‘to hell with this,’ and just give up,” he says. In  fact, Alvarenga told officials he considered killing himself after his companion  died, but said his faith kept him going.

He did show signs of confusion, however, in not being able to pinpoint the day he left on his trip. He also couldn’t recall his birthday or the last name  of his employer, for whom he embarked on the fishing trip in 2012. He also couldn’t explain why he had no fishing gear on his boat, which was covered in barnacles and contained turtle carcasses, according to CNN.

Another group of fishermen from Mexico who also drifted in the Pacific for nine months in 2006 said they relied on fish, rainwater, and their faith to see them through. If his story is verified, then Alvarenga could be among a  remarkable group of survivors who managed to defy the odds and live through  extraordinary conditions.