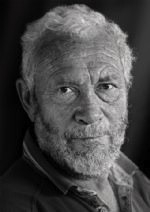 Sir Robin Knox-Johnston said the corporation was obsessed with football and cricket and had forgotten we are a maritime nation.

He said the country had developed "sea blindness" and claimed sailing was in fact open to all - "whether a bricklayer or Duke."

But without publicity our young sailors struggle to get sponsorship and therefore compete on an international scale, added the 74-year-old, who was the first man to complete a single-handed non-stop circumnavigation of the globe.

His comments, which were supported by Olympic gold medalist Sir Ben Ainslie, come after the BBC failed to give any national coverage to the start of the world's biggest offshore race on Sunday.

Around 350 yachts set sail from The Royal Yacht Squadron line in Cowes, Isle of Wight, on the 608 mile Fastnet race. But it was only covered by local news programmes on the south coast.

In a letter to Yachting World , Sir Robin said: "The start of the Fastnet could not have been more spectacular or received more publicity all over the world.

"However, there was one major exception - the national BBC news and sports news. It was full of football, athletics and cricket, but unbelievably ignored the start completely.

"This is a sad contrast with the smaller but similar lengths Sydney to Hobart race, which dominates the Australian media each time it takes place.

"It's a sad reflection on the attitudes of our publicly owned national broadcaster that it can consistently refuse to provide coverage for one of the largest and most successful sports in the country.

"Without the oxygen of publicity our young sailors battle to find the sponsorship they need to compete at an international level.

"Come on BBC get that ridiculous elitist smear out of your thinking and support our young athletes in the maritime field.

"We were, at one time, a maritime nation but it's impossible to engender interest in marine matters when our public broadcaster is so uninterested."

Speaking on his local radio station - BBC Radio Solent - Sir Robin today said sailing was open to everybody "whether a bricklayer or a Duke".

He said that there had not been a single mention of Fastnet by national broadcasters, adding: “We have got sea-blindness. It's gone mad in this country.

"We have forgotten we are a maritime nation surrounded by water and sailing is one of our most successful sports. Sailing is not elitist.

"If sailing was elitist, with some six or seven million people doing it, we would be the wealthiest country in the world. It's just nonsense.

"You look at people doing racing these days - you go for the best people.

"You don't care if they're a bricklayer or a Duke. You want the best guy on your boat because you want to win races.

"Sailing is not an expensive sport. Look at the wages of the top footballer - it's almost obscene and pushes the ticket prices up for the fans."

Sir Robin defended the accusation that sailing can be a difficult sport for spectators to follow.

He said: "We have our rules but you can usually tell which boat is leading. There are plenty of other sports that have complicated rules - more complicated than sailing.

"I watch motor racing and after the first three laps I haven't got a clue who is where - it's just like a bunch of angry wasps."

He said TV companies would capture an "amazing sight" if they put cameras on the boats.

In an email, the 36-year-old said: "I agree totally with your stance. My only comment would be that as a sport, we need to make substantial improvements in both the format of racing and presentation."

A spokesman for the BBC said: "BBC sport aims to offer coverage on a wide range of sports, including maritime sports.

"Whilst we may not be able to provide in depth coverage of some events, these are covered on a multi-platform level with regular updates and features via the BBC Sport website.

Sir Robin, from Portsmouth, Hants, was the first man to perform a single-handed non-stop circumnavigation of the globe, in 1968.

And in 2006 he became the oldest yachtsman to complete a round the world solo voyage at the age of 67.