Yachting News » Of Interest » A Blue Economy
« BACK 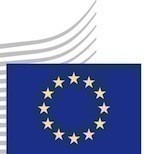 Maria Damanaki, European Commissioner for Maritime Affairs and Fisheries, Philippe de Fontaine-Vive, Vice-President of the European Investment Bank (EIB), and Andrew Winbow, Assistant Secretary-General of the International Maritime Organization (IMO), are meeting in Athens, Greece, on the occasion of the 12th Facility for Euro-Mediterranean Partnership and Investment (FEMIP) Conference (18-19 April), to affirm their commitment to work collectively and in partnership to support a blue and sustainable economy in the Mediterranean region and to maximise marine and maritime cooperation across all bordering countries. Ministers responsible for maritime affairs in Albania, Bulgaria, Croatia, Cyprus, France, Greece, Morocco and Palestine will be present.

The potential of the sea is at the heart of the efforts to promote the delivery of blue growth. The European Commission has set out its approach for a partnership for democracy and shared prosperity with the southern Mediterranean, with particular emphasis on the promotion of inclusive economic development and enhancing sectoral co-operation. The total financial support channelled to the Southern Neighbourhood of the Mediterranean between 2007 and 2012 has reached €7, 48 billion1. The EIB has stepped-up its support for the region under the Facility for Euro-Mediterranean Investment and Partnership (FEMIP). Between late 2002 and 2012, EIB has provided more than EUR 13 billion in financing Mediterranean partner countries and mobilised roughly EUR 35 billion of additional capital together with international financing institutions, bilateral agencies and the private sector in order to advance the integration of the region. The IMO has a worldwide mandate to provide for the adoption of the highest practicable standards in maritime safety, security, efficiency of navigation and prevention and control of marine pollution caused by ships.

"I am delighted to kick-start today a process for enhanced cooperation for the benefit of the blue economy of the region. By working together, as well as with the Union for the Mediterranean, other relevant regional organisation and all countries concerned, we can provide a contribution to democracy, long-term prosperity, inclusive growth, decent work and jobs in the region. Let us start by supporting the development of maritime clusters as useful platforms for multi-stakeholder involvement. Let us equally promote the formation of a network of maritime training institutes taking for instance the example of the Baltic flagship project on European Centres of Excellence for Maritime Education. In a region like the Mediterranean, it is by working across borders and across sectors that we can work better and achieve the much needed critical mass", said Commissioner Maria Damanaki.

Andrew Winbow of the IMO stated: "It is clear that maintaining and enhancing, where possible, the quality and sustainability of the environment is a key issue. This will not only require good husbandry of limited resources but also careful consideration of the competing demands of users of the sea. Two key areas of action seem to be vital: education, training and promulgation of information and some form of monitoring and oversight to ensure that the policies and practices required to be met are adhered to and implemented effectively. In this regard, the greater use of technology: satellite surveillance and data collection and the upcoming implementation of e-navigation are both resources that might be used in support of protecting the environment. In conjunction with the relevant EU organizations represented at the conference, IMO stands ready to provide its support to the States in the region to ensure the sustainable future we all seek."

Philippe de Fontaine-Vive of EIB said: "We have to seize every opportunity to promote further synergies between policies and investment opportunities. Our objective now is to identify and launch activities that support skills development, job creation, security and safety, environmental protection and "blue" growth in the region. EIB should rely on leverage finance of private sector to this effort.”