The NZ Millennium Cup Gives Notice of the 2019 Superyacht Regatta

“There’s no better place in the world to sail,” said 2018 New Zealand Millennium Cup winner Marcus Blackmore, owner of Ammonite as he accepted his prize in January this year.

With the release of the regatta’s notice of race today and expressions of interest from new and repeat competitors, 2019’s edition will aim to introduce other yacht owners to this very special part of the world.

The NZ Millennium Cup Regatta will be raced in Northland’s Bay of Islands; one of the world’s great natural playgrounds, from 30 January to 2 February 2019. Regatta organisers have announced changes to the regatta’s format in order to give it the space needed to expand in anticipation of entry increases in the years leading to the 36th America’s Cup. The regatta dates have been moved back by one week while new and challenging courses have been introduced. “Having been involved with most other superyacht regattas globally, I can honestly say that the 2018 Millennium Cup was the most enjoyable event I’ve ever done,” said captain of this year’s entry, S/Y Sassafras, Tim Michalick.

The organisation of the racing and evening events was second to none. We thoroughly look forward to taking part again.” The New Zealand Millennium Cup attracts yachts with a penchant for adventure and was first run as an accompaniment to the 2000 America’s Cup in Auckland. With the 36th America’s Cup headed to New Zealand in 2021, organisers are predicting rapid growth of the regatta fleet over the next three years.

“The J Class Association has also accepted our invitation to race in 2021 and we know having the strikingly-elegant classic yachts race alongside the NZ Millennium Cup will add an extra dimension to our racing.” 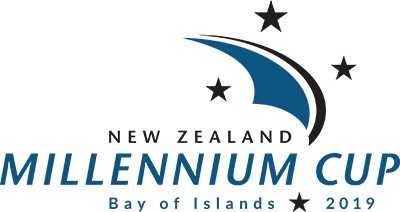