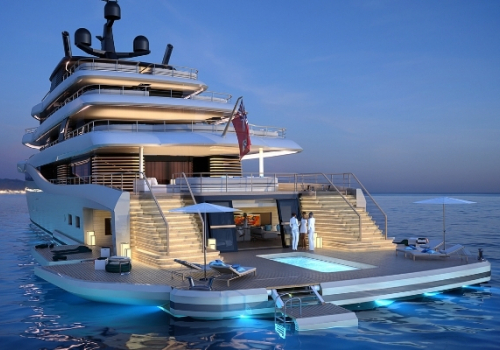 In today’s globally connected and innovation-driven economy, intellectual property is increasingly relevant and patents have emerged as intangible assets that define commercial value.

Nauta Design was one of the first to take a long, hard look at the interior-exterior dialogue in motoryacht design, starting with 80-metre Project Light back in 2006 that re-examined the relationship between a superyacht and its environment.

“We chose to go down a path that favored open spaces and highlight the connection, rather than the disconnection, between interior and exterior –something you’re much more aware of on a sailboat,” says Nauta Design co-founder Mario Pedol. “This was an innovation compared to what the market was offering back then.”

This approach has guided the studio’s subsequent projects and gave rise to “The Island”, a patented concept of an expandable aft deck/beach club totally dedicated to guest use with fold-out  bulwark terraces.

“The Island concept began with 75-metre Dune that was developed for a specific client who didn't want the pool on the main deck aft and instead asked for a seamless connection between the main deck and sea level,” says Pedol.

“Hence our idea of opening the area up on the sides to increase the surface area, improving circulation and providing spectacular contact with the sea. After all, the best reason to invest in a superyacht is to be able to enjoy what is all around you in the most direct way possible.” 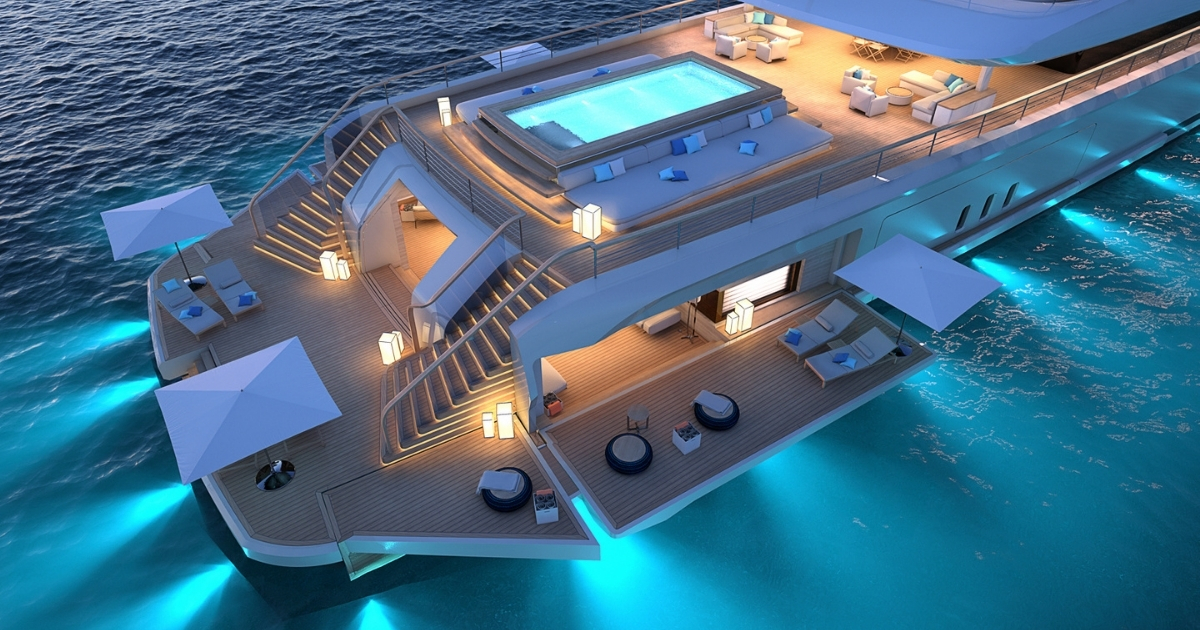 The idea was to create an uninterrupted walkway that embraces three sides of the hull in the stern. To achieve this, the designers inserted a connecting section between the side terraces that open out over the sea at beach club level and the fold-down bulwarks that extend the stern platform.

This creates a single walk around space that allows guests to move freely from one side of the yacht to the other either from inside beach club or from the open aft deck.

In 2017, Nauta Design began the process of registering this concept  for unhindered movement and the solution known as The Island as intellectual property.

Three patents have now been approved by regional authorities. 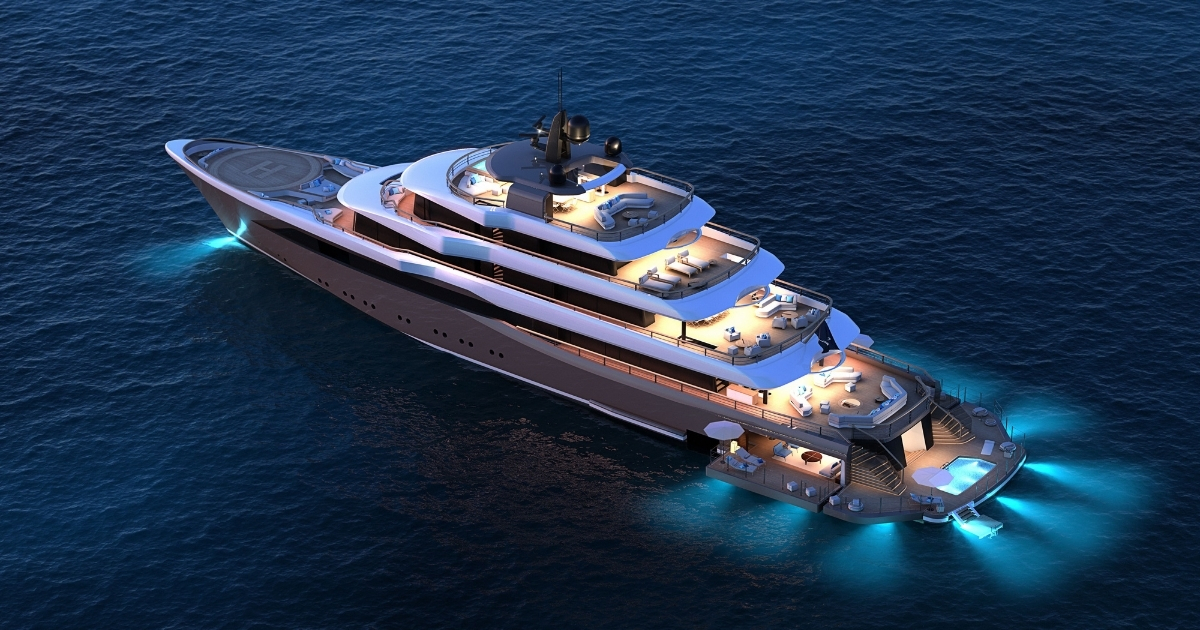 The criteria that have to be met for patent protection vary between different jurisdictions, but generally the invention must be new, industrially applicable and exhibit a non-obvious “inventive step”. Once granted, a patent confers the statutory right to prevent others from commercially exploiting the patented invention without prior agreement.

“Applying for patents is a long, expensive and sometimes tedious process, but in this case we thought it was worth it,” says Pedol. “Market recognition of the right to protection outweighs any immediate commercial benefits a patent may provide.”

The Island is now a signature feature of many different designs by Nauta from 54 to 96 metres in length. The table below shows how The Island concept can increase the available beach club/aft deck space by up to 95%.