Tall Ship Offers Education & Adventure in Cuba and the Arctic

After a successful first season of programs in New England, the brand new 200-foot Tall Ship, Sailing School Vessel (SSV) Oliver Hazard Perry, plans to set sail for the open ocean this January, heading first to Bermuda, then to Florida where she will be based through March.

The ship will offer opportunities for explorers of all ages to participate in one of two round-trip voyages to Cuba (March 10-18 and March 18-26); a passage from Ft. Lauderdale to Bermuda (April 2-12); or a passage from Bermuda to Newport, R.I. (April 14-22). The voyages to Cuba are targeted towards high school and college students, with a limited number of berths available for adventurous adults as well.

The Bermuda and Newport passages are hosted in partnership with Ocean Navigator magazine for any adults wanting to learn the skill of offshore celestial navigation and marine meteorology.

“2017 is going to be a historical year for OHPRI; we are so proud of how far our programs have come and the exciting schedule ahead of us,” said Oliver Hazard Perry Rhode Island (OHPRI) Executive Director Jessica Wurzbacher. “Simply visiting somewhere like Cuba or the Arctic is exciting in itself, but it’s quite another thing to arrive on a Tall Ship where you have been fully immersed in the adventure and responsible for actually getting yourself there.”

Wurzbacher explained that Perry is a USCG-approved Sailing School Vessel, and all who participate in her sailing programs become part of the crew. “No one is a passenger. Instead, everyone lives aboard and works side-by-side with professional crew to learn square-rig seamanship, including bracing the yards, steering the ship and even going aloft if they wish to do so.” With its 2017 route covering an impressive 14,000 nautical miles, SSV Oliver Hazard Perry will also sail north to the Arctic and into the Northwest Passage on a groundbreaking ocean science research expedition in partnership with the University of Rhode Island Graduate School of Oceanography and funded by the National Science Foundation.

While the students for this one leg of the voyage will be selected by the University, there are opportunities for students to participate as trainees for one week as the ship makes the passage north from Lunenburg, Nova Scotia to St. John’s, Newfoundland (June 25-July 1) or for three weeks from St. John’s, Newfoundland across the Arctic Circle, with a stop in Greenland and then to Pond Inlet (July 7-28). The non-profit organization offers a variety of onboard learning experiences to program partners as well as the broader public and also participates at festivals and other events to reinforce the importance of and interest in Rhode Island’s and America’s maritime history.

SSV Oliver Hazard Perry is a brand new 21st Century Tall Ship that has been eight years in the making and was completed with $17 million in private funds. Named for U.S. Navy Commodore Oliver Hazard Perry, the Rhode Island war hero who defeated the British in the battle of Lake Eire, she is the first ocean-going full-rigged Tall Ship to be built in America in over a hundred years. (She will also become the first full-rigged ship to sail the Northwest Passage in 100 years.)

Perry is not a replica, but instead a modern, steel-hulled vessel purpose-built for training and education to the highest modern safety standards. She accommodates 49 people overnight (including 17 professional crew) and is wheelchair accessible. March:
Ft. Lauderdale – Cuba – Ft. Lauderdale (March 10-18 and March 18-26)
This program is targeted towards high school and college students; with a limited number of berths available for adults to join the adventure. http://www.ohpri.org/spring-break-student-voyage

April:
Ft. Lauderdale – Bermuda – Newport (April 2-12 and April 14-22)
This program is in partnership with Ocean Navigator; in addition to our seamanship course you will also learn about celestial navigation and meteorology. Open to all ages. Limited number of 2-person cabins with private heads available. http://www.ohpri.org/Bermuda-Voyage

July:
Lunenburg, Nova Scotia – L'Anse aux Meadows (St. Pierre & Micquelon) – St. John’s, Newfoundland – Greenland - Pond Inlet, Nunavut. This is the northbound leg of our historic voyage to the Arctic. The program is targeted towards high school and college students; we do also have a limited number of berths available for adults to join the adventure. More information.

August:
An expedition in the Northwest Passage is in partnership with the University of Rhode Island to study the impacts of climate change in the Arctic. While we do not have any berths remaining for this voyage, you can still be a part of the voyage through the interactive daily live video feeds through the URI's Inner Space Center regularly streaming from the ship, sharing real-time discoveries and the excitement of life in the Arctic.
More information. Keep an eye out for our blog starting in January with more details and information on this voyage. 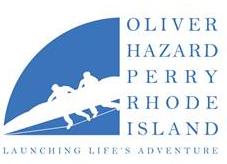