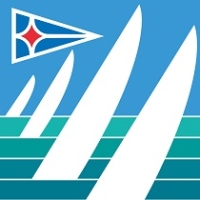 The winner of the Rolex Swan 45 World Championship - for the fourth time - is Earlybird, owned by Christian Nagel and Hendrick Brandis. At the conclusion of the event, which marks 30 years of partnership between organizers the Yacht Club Costa Smeralda, Nautor's Swan and Rolex, prizes were awarded to winners in the six competing divisions together with a Rolex timepiece.

The final race day dawned bright and sufficiently breezy in Porto Cervo for the Swan 45 and Swan 42 classes to complete 3 windward-leeward races, bringing them to a total of nine races held in the series. The remaining classes completed coastal courses of approximately 18 nautical miles for the Swan 60 and Maxi divisions and 11 miles for the Grand Prix and Classic divisions accompanied by 8 to 10 knots of northerly breeze.

YCCS Member Roberto Lauro's Swan 601 Wohpe rounded off a week of formidable performances with line honours and corrected time victory in today's race. This brought the Italian team to a total of three bullets in a series that they took control of, holding a slim lead from day one. Gerard Logel's Arobas took second place just one point clear of Vladimir Liubomirov's Bronenosec. Lauro came to Porto Cervo with a mission to fulfill: "I am overjoyed with our success. I have to thank my crew, sailboat racing is all about teamwork and they did an outstanding job. Today's win confirms my happiness of having bought a Swan, I strongly believe that the world of Swan stands for a lifestyle where core values are shared among the owners. I came to Porto Cervo with a clear goal, we didn't come here just to enjoy ourselves. You compete to get to the point - to finish first."

Overall victory in the Swan Maxi division ultimately came down to today's race and just one point separates the top three boats in the final classification. The London-based Swan 82 Nikata posted her second bullet of the series today to pip Marco Rodolfi's Swan 80 Berenice Bis to the post by half a point. The Swan 80 Selene, with an international crew on board, took third place. Yukihiro Ishida's Yasha dominated the Grand Prix class throughout the week. With an all-star crew that included Hamish Pepper and Jesper Bank, the Swan 56 consistently claimed line honours and a second place in corrected time today was enough to secure overall victory ahead of James Blakemore's Swan 53 Music. Third place went to the Swan 441 Best Buddies, owned by Kay-Johannes Wrede.

In the 23-boat Classic division Chris Frost continued an impressive comeback with his Finola which saw him post his second consecutive bullet today. The win moved the 1978 Sparkman and Stephens-designed Swan 36 neatly into first place overall one point ahead of former division leader Shirlaf, the Swan 65 owned by Giuseppe Puttini. Second place in today's race brought Vincenzo Onorato's Mascalzone Latino up to third place.

A week-long battle between the German boats Elena Nova and Earlybird concluded with assignation of the World Champion title to Earlybird with Jochen Schümann on tactics. Elena Nova, owned by Christian Plump, had to settle for second place ahead of Dutch boat No Limits.

Romania's Natalia delivered the final coup de grâce in the Swan 42 fleet by posting a bullet today which, with a discard coming into play, left her eight points clear of Magical Mystery Tour owned by Edward Leask. Leonardo Ferragamo's Courdileone finished the week in third place.

Natalia Brailoiu, at the helm of the winning Swan 42, enjoyed the week's sailing in Sardinia: "I am very happy, we had a great week. We weren't always first in our fleet, but we were consistent and consistency pays. We've been sailing with this crew for a long time, about four years, and this is the key to our success. I have complete faith in my crew and they help me a lot. We are very happy to be here in Porto Cervo, the fleet is great and the spirit of the class is fantastic. I am very proud to be able to compete at this level as a woman and I really enjoy what I do."

As the 18th Rolex Swan Cup concludes so does the YCCS sporting season in the Mediterranean. The next appointment is for the Swan fleet once again, this time in Caribbean waters at the Rolex Swan Cup Caribbean (3-7 March 2015), hosted at the Yacht Club costa Smeralda's winter base in Virgin Gorda.