Summer Camps for Teens Aboard an Extraordinary Tall Ship 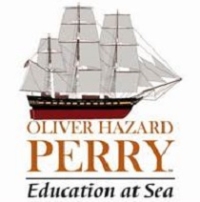 This spring, the first ocean-going full-rigged ship to be built in America in over a century will begin sailing, and teens from around the country and the world will board in July and August for thrilling one- and two-week Education at Sea camps.

The 200-foot Sailing School Vessel (SSV) Oliver Hazard Perry, hailing from Newport, R.I., has a 500-ton steel hull and a 130-foot tall rig with square sails on all three masts. She will have a captain, officers, a cook, an engineer and a dozen other professional crew members, but the balance of her crew will be none other than the students themselves – after all, she is a Sailing School Vessel. Registration for camp is now open to the public. The seven weeks of camp will take place this summer, allowing teens to become part of the exciting and highly-structured environment of a sailing ship. (For the remainder of the year, SSV Oliver Hazard Perry will serve as the platform for programs with schools, universities, scientists, and other partners.)

“They’ll learn to haul lines, hoist yards, climb the rigging, tie knots, keep lookout, and even steer at the helm, along with other seamanship skills,” says Captain Richard Bailey, who has been commanding Tall Ships and working with youth aboard them for decades, “but most important, they’ll learn to be good shipmates, and good citizens of their greater world.” So why build a Tall Ship from scratch at the beginning of the 21st Century?

SSV Oliver Hazard Perry takes her name from the Rhode Island-born hero of the Battle of Lake Erie during the War of 1812.

Commodore Perry’s pivotal victory was achieved beneath a flag emblazoned with the words “DON’T GIVE UP THE SHIP.”  Similarly, Oliver Hazard Perry Rhode Island (OHPRI), the non-profit organization responsible for the ship’s construction, won’t give up the value of an educational adventure aboard a Tall Ship.

Though the heyday of working sails on a Tall Ship was in the 1800s, the hands-on nature of crewing aboard the ultra-modern SSV Oliver Hazard Perry still provides the same prime development of character values that are formed in such a close-knit, purpose-driven community.

With that mission in mind, she has three classroom spaces: a science lab with tanks and water monitors, a traditional classroom outfitted with a library and a SmartBoard, and an historically-inspired Great Cabin – all in addition to the communal mess (dining area), galley, state rooms, engine room, chart house, fo’c’sle, and three dormitories.

Together, these amenities host the daily shipboard life that comprises the essence of this unique learning experience.

The routines of navigating and maintaining the ship require a high degree of order that creates a sense of belonging.  When trainees leave an environment where shipmates have relied on them for the whole community to succeed, they return to school, work, and family environments with a better appreciation of the need for order and initiative, resulting ultimately in self discipline.

SSV Oliver Hazard Perry, built in Rhode Island with major support from Rhode Island businesses, will be based in Newport, with many of her crew consisting of the riggers who are currently completing her; however, her voyages will take her to different ports all over the world. In addition to the teen camps, OHPRI works with schools and other organizations to design and implement programs.  Inquire at www.ohpri.org.

Registration is on a first-come, first-serve basis. All camp programs sold out in 2014, so don't delay your registration for 2015, sign up today!

Call +1 401-841-0080 or visit http://www.ohpri.org/teen-summer-camp for information and a reservation form. And don’t forget to start your adventure early by following us on Facebook/OHPRI. Information outlining the history of SSV Oliver Hazard Perry and all of its Education at Sea opportunities can be found at www.ohpri.org.