The 200-foot SSV Oliver Hazard Perry, this country’s newest Tall Ship and one of only 75 Tall Ships in the world designated by Sail Training International as Class A, was a show stopper at last month’s Iberdrola USA Tall Ships® Portland 2015.

The largest privately-funded, actively sailing civilian Tall Ship in the U.S., the Perry also is Rhode Island’s Official Sailing Education Vessel, and over the next two months she will make three more appearances in the Northeast where the general public will be able to tour her and learn more about Oliver Hazard Perry Rhode Island’s Education at Sea mission.

Although above decks SSV Oliver Hazard Perry looks like a historical ship, she is in fact a brand new technologically sophisticated steel-hulled 21st Century ship. Her rig towers 13 ½ stories high; her 19 spars have been turned from massive Douglas fir trees on the largest spar lathe in North America; and her seven miles of rope and wire have been made integral to the ship’s operation by tradesmen trained in both modern and traditional rigging techniques.

Below decks is a modern galley and Great Cabin (where captains, in days of yore, entertained); high-end navigation and communication systems; a state-of-the-art science lab, and classroom spaces outfitted with monitors displaying real-time navigation and meteorological data; laptop computers; and interactive SMART boards.

September 11-12, 2015
New London, Conn. will be hosting the Connecticut Maritime Heritage Festival from September 9-12 where highlights include not only the arrival of SSV Oliver Hazard Perry but also a lighted boat parade, schooner race, juried maritime art show, whaleboat race and chowder challenge.SSV Oliver Hazard Perry will be dockside and open for tours on Friday, September 11 from 2:30-5:30 and Saturday, Sept 12 from 10:00-5:00.

September 17-20, 2015
The Newport International Boat Show encompasses 13 acres of Newport waterfront and exhibits all types of sail and powerboats ranging from 16 feet to 100+ feet. SSV Oliver Hazard Perry will be dockside and open for tours on all days to only boat show ticket holders. 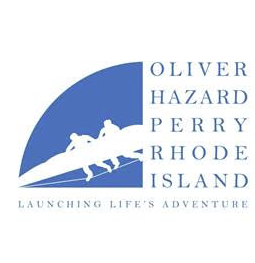