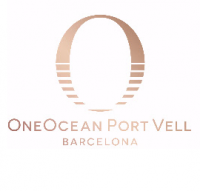 In just twelve months since its multi-million dollar transformation, OneOcean Port Vell, Barcelona (oneoceanportvell.com) has firmly established itself as the first urban European superyacht marina, hosting some of the world’s largest and most highly regarded yachts.

A total of 2,368 yachts visited OneOcean Port Vell, with a third of yachts choosing the marina as a home berth, attracted by the option of a winter base in the Mediterranean to prepare for the summer season. Visits to the marina from June to August 2015 accounted for half the total traffic at OneOcean Port Vell and in the month of August alone 436 boats dropped anchor in the marina.

According to the Barcelona Chamber of Commerce, the nautical industry, of which OneOcean Port Vell has directly influenced, contributed a total 836 million euros into the Catalan capital in 2015, while directly employing 8,300 people.

In addition to this, the Barcelona Nautical Cluster reports that the average cost to maintain a yacht 55 meters long is approximately three million euros annually with 25% repair expenditure and 9% on berth rental.

Paul Cook, General Manager at OneOcean Port Vell explains, “The success of our first year proves that Barcelona is a viable cruising destination and perfect winter home port, with many yachts choosing to stay in Barcelona for repair and overhaul activities as well as returning in the spring and summer months. We are also delighted to have contributed a significant economic impact to the marine industry and local businesses in Barcelona in only our first year of operation.”

Superyacht owners have been quick to see the benefits of such a centrally located urban marina.  Barcelona excels as a city and marine destination; famous for its culture, architecture, design, beaches, nightlife and cuisine within just a day’s sailing of other yachting destinations including the Balearic Islands and South of France. Yachts choose OneOcean Port Vell for business and repair activities, attracted by the marina’s close proximity and partnership with MB92 shipyard.

As a further advantage, this year OneOcean Port Vell was able to extend all the benefits of the TPA tax free scheme to yacht owners berthed at the marina during their stay and has become one of the few European marinas where the VAT exemption can be granted, offering a substantial advantage for owners undertaking maintenance works.

The season truly kicked off in May with the Barcelona Grand PrixFormula 1 with OneOcean Club and marina hosting the Martini Terrace for Williams Racing.  The season continued with the club hosting Yacht Rendezvous for the International SeaKeepers Society, a Mercedes-Benz SUV launch and Barcelona’s BigBang Supercar Showcase – the city’s newest fast car event.

The Polo Bar, London brought a slice of Mayfair to Barcelona with a Pop-Up at OneOcean Club’s BlueWave Cocktail Bar. OneOcean Club supported the Cogs4Cancer Spanish Tribute Ride which set off from the marina and invited the rowing team HESCO to train at the marina before racing in the Talisker Whiskey Atlantic Challenge.