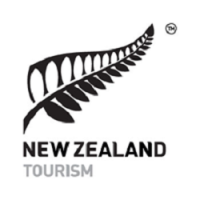 Tourism New Zealand (TNZ) is pleased to announce that it will be exhibiting at the 2015 Singapore Yacht Show, held at Sentosa Cove from 23-26 April, in partnership with Auckland Tourism, Events and Economic Development (ATEED).

With the show having positioned itself as the Asia-Pacific’s leading superyacht and luxury lifestyle event, it was identified as an ideal fit for the implementation of TNZ’s targeted superyacht attraction strategy in this key area. The wider Asian region is an increasingly popular cruising ground and, with New Zealand and the Pacific a logical onward destination for superyachts, there is huge potential to attract yachts visiting Asia down to New Zealand.

New Zealand’s stunning scenery, coastline and shore-based luxury tourism offerings will all be showcased in an interactive, visual stand designed to command the attention of superyacht owners and the wider yachting fraternity. Exhibiting at the show will build on TNZ’s attendance at other leading yacht shows, including the Monaco Yacht Show, as part of their superyacht attraction initiative in conjunction with ATEED, New Zealand Trade & Enterprise (NZTE) and New Zealand Marine.

Since formally launching in 2014, this initiative has had tangible results with two record-breaking superyacht seasons for New Zealand in a row. The 2014/2015 season has seen 57 yachts having visited to date; this is the highest number of superyachts to visit New Zealand since the 2000 America’s Cup when between 90 and 100 superyachts came to the country. With each visiting superyacht representing over one million dollars of economic impact, the overall economic benefit to New Zealand per each additional visiting yacht is hugely significant.

Superyachts visiting New Zealand during the past year have included 134-metre Serene, one of the world’s largest superyachts and the biggest to ever visit New Zealand. The recent New Zealand Millennium Cup regatta, held in the Bay of Islands from 21-23 January, also attracted many international yachts to the country.

Stephen Dixon, Regional Manager South and South East Asia at Tourism New Zealand, believes that it is clear that the efforts being invested into attracting more superyachts to New Zealand are paying off.

“The growth in both the number and size of superyachts visiting New Zealand is hard evidence that our strategies in this sector are having a return. By identifying key events, such as the Singapore Yacht Show, to promote New Zealand in front of a targeted audience, we are confident this growth, and the economic impact it brings, will continue to rise.”

Jason Hill, Auckland Tourism, Events and Economic Development Manager Tourism, concurs. “It’s a fantastic outcome and is the result of organisations within the Group bringing their expertise together to really put New Zealand on the map as a superyacht destination.”

Presence at key boat shows is just one element of Tourism New Zealand’s strategy to attract greater numbers of superyachts to the country. Other efforts have included the hugely successful promotion of a rare video interview with superyacht owners, released in 2014 (download here). Having enjoyed an extended country-wide cruise around New Zealand the owners of 45-metre The Big Blue agreed, in an unprecented first, to be featured in a video promoting New Zealand as a superyacht destination. This insightful video has been strongly received and used globally as a visual promotional tool. TNZ’s presence at the Singapore Yacht Show also aligns itself with other complementary premium tourism strategies for New Zealand. With the show having a strong focus on the wider luxury sector, the stand will aid the goal of cementing New Zealand’s offering as a luxury destination and raise further awareness of the country as a destination for high-spending tourists.