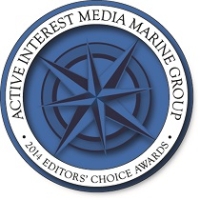 Even though it was just launched this past May 2014, it has already received two prestigious awards in the USA and China.

Named Best Yacht of the Year 2014 by renowned magazine Robb Report China, the Azimut Grande 95RPH earned the "Best of the Best” classification that identifies the most extraordinary products in the luxury sector. In doing so, it has joined the ranks of world famous brands like Ferrari, Piaget, Ducati, and many others. The award ceremony is scheduled for 27 November in Shanghai.

The Italian boatyard's new 29-metre vessel impressed the jury with its elegance and style, its welcoming interiors, and its incredibly roomy flybridge (more than 60 m2); so much so that that they awarded it "Best in Class" among the other boats in its category. Similarly, the boat's superior performance made quite an impression on the jury at the AIM Marine Group Editor's Choice Awards.

At the official ceremony on 29th October 2014 in Fort Lauderdale, the Azimut Grande 95RPH was awarded Best Motoryacht in the 90-100 foot category. The jury recognized the Azimut model for its extraordinary design, innovation, technology, and creativity.

These awards are significant for the Italian boatyard because they indicate the USA and China markets' enthusiasm for these new models, two strategically important markets for the Azimut|Benetti Group.