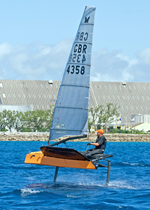 A skippers’ briefing at the Radisson Aquatica Resort, followed by the first of many beach parties at Barbados Cruising Club last night, gave competitors, families and guests a chance to enjoy the local Bajan hospitality to not only mark the start of this popular annual event but also celebrate the start of the Caribbean regatta season.

Barbados Sailing Week 2018, which runs from 16-24 January, is organised by Barbados Cruising Club in association with Barbados Tourism Marketing Inc, and Mount Gay, all of whom are proud to welcome visitors from all over the world for a week of seriously fun racing and partying. Howard Palmer (Chairman of the Race Committee) in his opening speech at the Skippers’ Briefing made special mention of the recent re-branding of the event – Barbados Sailing Week – and Mount Gay’s continued involvement as the headline sponsor for the Round Barbados Race, which is a unique challenge that gives teams a chance to win their skipper’s weight in rum if any of the 20 records are broken.

Another change for this year’s event is the return of the hugely competitive J/24 class which, by popular demand, has its own intense, two-day/four-race series (19-20 January). Going by previous form, racing for honours in this class will closely fought with results undoubtedly going down to wire. Those signed up so far include Robbie Yearwood (IWW Die Hard), Gus Reader (Glory Daze), Neil Burke (Impulse), and Cyril Lecrenay (Bunga Bunga). Today’s opening three-day Coastal Series for all-comers (17-19 January), looks set to produce a decent breeze, which should give keen racers a chance to enjoy stunning sailing in the clear turquoise waters off Carlisle Bay in the south-west corner of the Island.

In the meantime, entries for this popular series are still flowing in with the likes of local favourites such as Peter Lewis’ Whistler (J/105) and Conviction (Botin Carkeek-designed TP52), which are hoping to defend or better their positions from last year in CSA Racing class. Overseas entries in this class include Spirit of Juno (Farr 65), and Andreas Berg’s Luna (Dufour 44) from Germany who last year broke the Mount Gay Round Barbados Race Singlehanded record.

One of the most interesting entries to keep an eye on this year is Pjotr Lezhnin Racing, a Mini Transat 6.50 sailed by Russian Pjotr Lezhnin. This Argentinian Series 6.50 competed in the 2017 Mini Transat, and Lezhnin in his newly acquired yacht says he is looking forward to putting her through her paces this week, 'This is my first time here and I am intending to have fun. I recently bought the boat from my friend in Guadeloupe so this is the first time I have raced her. Ultimately my aim is to compete in the 2019 Mini Transat so from here, I will head back to France and begin my Mini Transat qualifiers.' Gracing the waters of Barbados once again is The Blue Peter – Mat Barker’s pretty Alfred Mylne 65, which will be racing the Coastal Series as well as next Sunday’s Mount Gay Round Barbados Race. As always, the entry list for this 60nm sprint round the island of Barbados is building with those not only keen to have a go at defending records from previous years, but also those keen to have a crack at setting brand-new bench marks.

Andy Budgen who established a new Foiling Monohull record last year has returned this year with a new Exocet International Moth. If the wind remains favourable, Budgen has every chance of bettering his own record, which currently stands at 4h, 23min, 18sec. Another foiler planning to take part is Sebastian Ohara in his Windrider Wave Foiling Tri Banana Split. Charles Hunt, the local speedster/record breaker on his Phantom Batwing 377 windsurfer should have a bit more company this year in the Windsurf category with not only Frenchman Cornic Fabrice on a Fanatic taking part, but also fellow French sailor Frederic Vernhes on a Starboard Phantom. To add mix to an already interesting fleet are four kiteboard sailors who also intend to circumnavigate the island and, at the other end of the scale there will be Ruth, the locally built 33m schooner, and Tres Hombres, the 33m working Brigantine.

One of the most exciting entries to make her debut at this event, and indeed one of the most likely record-breakers, is CSQ, the 100ft multi-winged supermaxi from Australia skippered by Ludde Ingvall a former round the world yachtsman, world champion and record holder. Team CQS is currently en-route to Barbados and should, if all goes to plan, arrive on Friday 19 January. 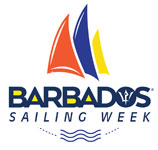