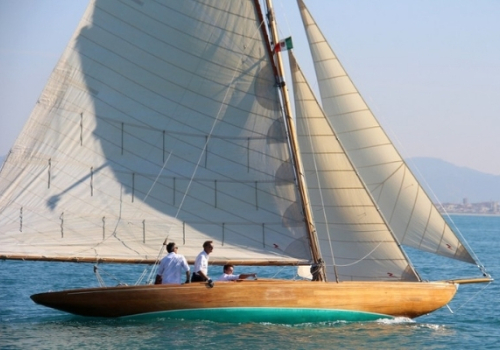 The AA Custom shipyard in Monfalcone is about to celebrate 15 years of activity. Founded in 2006 by Odilo Simonit and Paolo Skabar, the yard has been building and restoring wooden vessels ever since. Including racing yachts, powerboats, traditional vessels and cruising yachts.

The most important refit currently underway is the Six Meter Sonja II, originally built in 1908 and recently found in a Swedish forest and saved from destruction. Also refitting in the yard are two electric powerboats: Poto, from 1925, once a ferry boat but now converted to a luxurious one-room floating mini-hotel, and Zelag, a larch and mahogany 24 passenger water-bus that explores the Grado Lagoon with zero emissions.

In 2021 the Cantiere AA Custom in Monfalcone, just a few miles from Trieste, will celebrate 15 years entirely dedicated to restoring vintage, classic and traditional wooden boats. Simonit and Skabar, the two founders of the yard, learned their trade working for years at the Cantiere Alto Adriatico, founded in 1991 in nearby Muggia and quickly becoming an important reference point in wooden shipbuilding.

There the two were part of the teams that restored several historic vessels, including Moya, built in 1910 and best restoration winner, Sorella from 1858, Bat (1889), Dyarchy (1934), Delfino (1941) and the gaff ketch Javelin from 1897. And in collaboration with Carlo Sciarelli, a master of classic yacht design, in 2002 they worked on Tiziana IV and in 2004 on the 18 meter, German Frers designed Chandra. 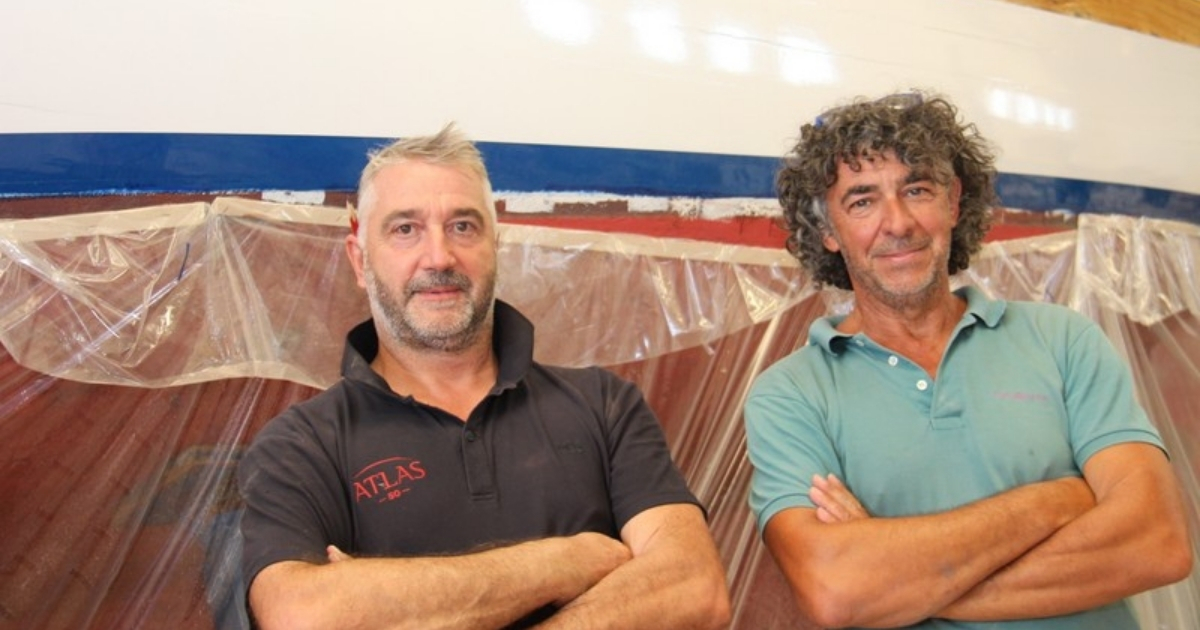 2006: The birth of the Alto Adriatico custom yard

In 2006, the years of experience matured at the Cantiere Alto Adriatico encouraged Simonit and Skabar to make the leap and start their own yard, Alto Adriatico Custom. As a spin-off from their previous yard, they still collaborate closely, and in 2008 the two shipwrights took over the entire AA Custom corporate package. Today AA Custom is sited on 900 square meters in the Lisert industrial area of Monfalcone.

Some of the most important restorations undertaken by AA Custom regard yachts built to the International Meter Rule, and especially the Six Meter class. With an overall length of about 11 meters, the first Six Meters were built beginning in 1906 with the introduction the International Rule.

After the restoration of Onkel Adolph, built for Austrian Ingo Hopfgartner in the German yard of Willi van Hacht in Hamburg in 1907 and winner of that year’s One Ton Cup, it was the turn of another Six Meter, Margaux, built in 1911 in the Danish yard of Jacob Hannsen to the design of W. Lt. Ussing. Since their refits, they have raced in the Barcolana Classic in Trieste and the Vele Storiche Viareggio in Tuscany.

Currently AA Custom is restoring Sonja II (ex Ran II), designed and built in 1908 by the Norwegian Johan Anker. This was Anker’s second design to the International Meter Rule; he went on to create the mythical Dragon class in 1929, the most widespread one-design keelboat in the world with over 6,500 boats built. Sonja II, saved from certain destruction after being found abandoned in a Swedish forest, has had 60% of her mahogany planking replaced, 80% of her oak frames and 70% of her deck beams.

Today Sonja II belongs to Kari Khevenhüller, Count of Hochosterwitz Castle in Carinthia, who also owns three other Six Meters:  Rieke from 1919, Rarahu from 1914 and the Fife designed Sunshine from 1927. He has made the preservation of vintage yachts one of his life’s missions. Also closely involved in the restoration is Federico Lenardon, of Trieste, a shipwright and yacht designer (the Feather 14’ and the Barcolana 50) from the school of Carlo Sciarrelli. 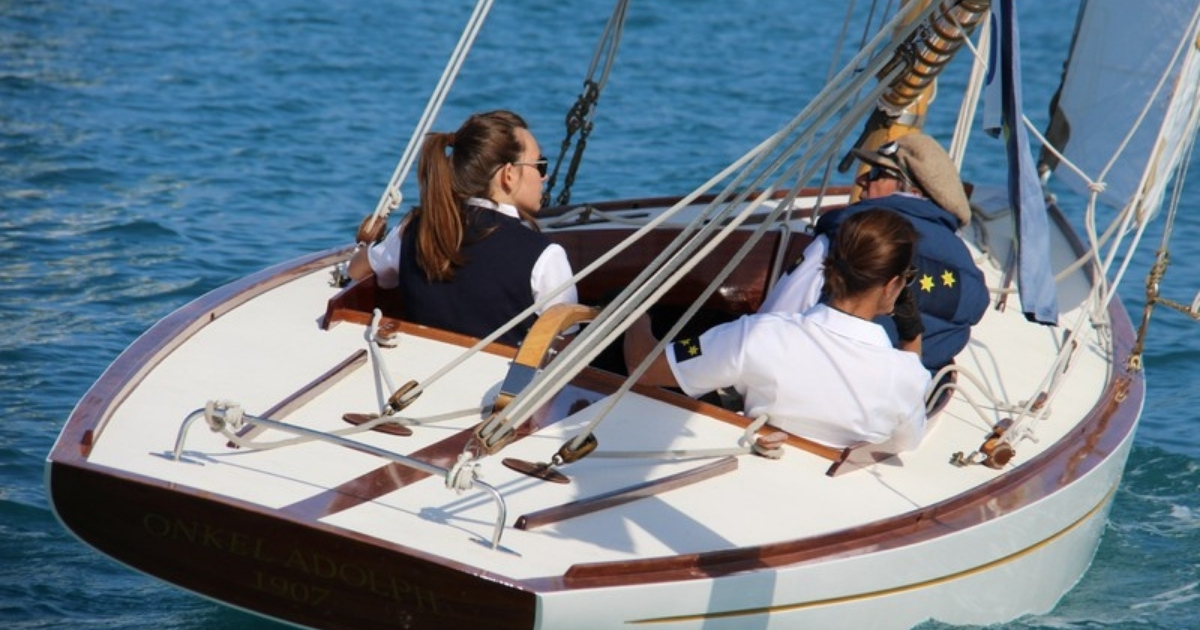 The sailing ship from Lake Garda

The 17 meter long ketch San Nicolò, built in 1925 by the Guarnati yard on Lake Garda for lumber transport on the lake, has been brought to the AA Custom yard for a complete restoration in stages, three times over the last few years, the latest in 2017. Brought back to life after a sinking, in Monfalcone she has had 40% of her larch hull planking replaced, 30% of her laminated Iroko frames reinforced, along with a fitting a new  deck in teak and a new bowsprit and mast in Douglas fir. Presently the San Nicolò is based in Bardolino on the eastern shore of Lake Garda where she does day sailing for tourists and hotels.

Poto: a sailing mini-hotel with one cabin

Launched in Austria in 1925, the 14 meter long Poto, once a ferry boat on Weissensee Lake, has been transformed from a vintage passenger ferry into a luxurious sailing mini-hotel. Her complete restoration at the AA Custom yard was done in 2018, and the result is quite unique.

As a floating residence with a single bow suite, bathroom included, Poto offers one of the many services managed by Kollers, a four-star hotel in Seeboden on Millstatt Lake in Carinthia, southern Austria. From a private salon on the sun deck to a fully equipped galley, nothing is missing, and below decks ample windows provide a 360° view of the surrounding lake.

Silent power is provided by her electric motors; all for an exceptional price of just €780 per day. A spectacular virtual tour lets you visit every corner of the vessel and appreciate the quality of her restoration. 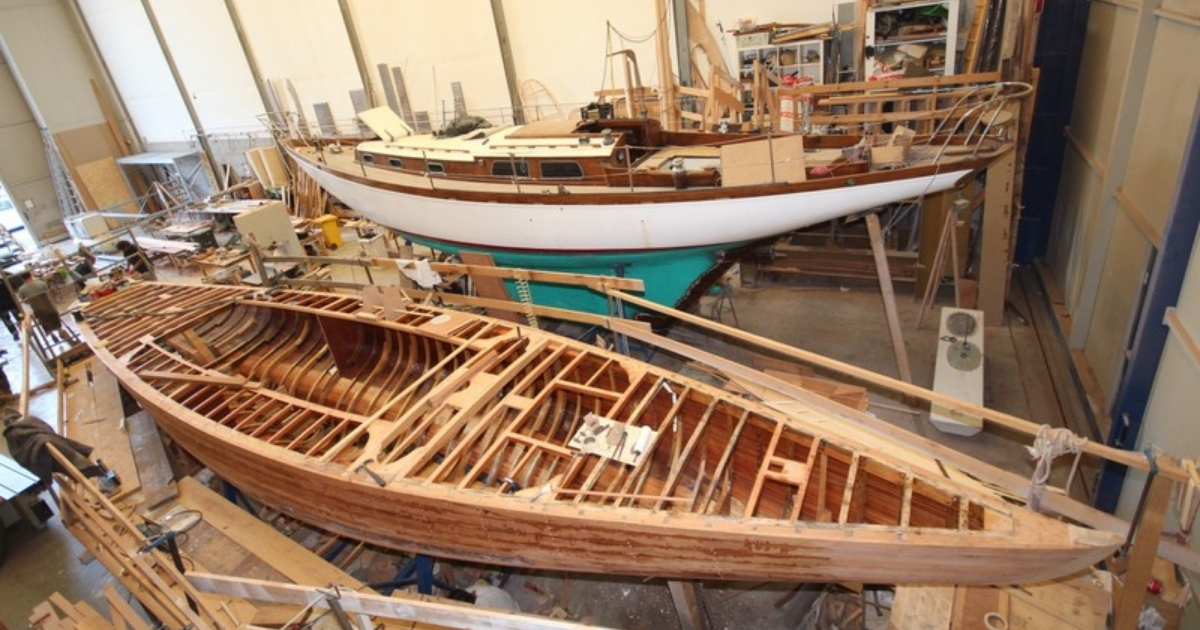 Thanks to co-financing by the European Regional Development Fund, together with the Friuli Region of Italy, the AA Custom yard launched Zelag (Zero Emission navigation LAguna di Grado) in 2016. Zelag is a 12 meter long, 24 passenger electrically propelled water-bus designed to discover the beauty of the Grado Lagoon and the town of Aquileia. The hull is constructed of strip-planked larch, covered by three layers of mahogany planking, with fully structural bulkheads.

The project was carried out in conjunction with the Università degli Studi di Trieste and Friulinossidabili Srl. The shape of the hull and the electric propulsion, with 48 batteries that also serve as ballast, give her an autonomy of twelve hours at an average of three to four knots, all with almost no wake. There is a diesel generator on board in case of emergency. Currently Zelag promotes ecologically sustainable tourism with zero emissions on inland waters.