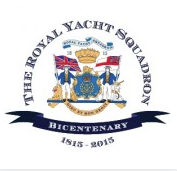 Teams from the Yacht Club Costa Smeralda (YCCS) are preparing for the upcoming Bicentenary International Regatta to mark the 200thanniversary of the founding of the Royal Yacht Squadron in Cowes. The prestigious event will take place in the historic waters of the Solent from 25th to 31st July 2015.

More than 200 vessels representing 39 yacht clubs will take part in five days of regattas on the waters off the Isle of Wight. Competitors will be divided into groups with modern and classic yachts racing under IRC, a separate division of classic J-Class yachts, a fleet of J70s used for team racing and a fleet of Corinthian sailors participating aboard Beneteau First 40 boats.

The YCCS group, headed by Sports Director Edoardo Recchi, will present two teams: one racing on the J70 team racing course and the other on board a First 40 in the Level Rating competition. A total of 16 club members will participate with the teams boasting five yachtswomen and eight under-30 sailors. The Level Rating team, skippered by Filippo Maria Molinari and with Antonio Sodo Migliori at the helm, will be composed of ten members who have been training hard throughout the winter. With three important victories under their belts - at the Winter Championships in Rome, the Pasquavela and Gavitello d'Argento regattas - all aboard First 40 boats, hopes are high for a good result. The second team, made up of two crews of three sailors, will go head to head with top yacht clubs in the team racing competition, a discipline in which the YCCS has been growing ever more successful in recent years.

It will be an historic event for sailing, a festival of yachting. However we will be participating with strong teams with the aim of getting good results," commented Edoardo Recchi. "We enjoy a strong relationship with the Royal Yacht Squadron and regularly participate in each other's sports and social events."

The regatta promises to provide some exciting racing but will also be an important gathering of top-class yacht clubs from around the world such as the St. Francis Yacht Club, the Royal Sydney Yacht Squadron, the New York Yacht Club and the Norddeutscher Regatta Verein. YCCS Commodore Riccardo Bonadeo is due to attend the event together with President of the Board of Directors Roberto Kerkoc. "It is a true celebration of sailing." explained Bonadeo, "We are proud to have been invited to participate alongside other prestigious yacht clubs. Our teams have been working hard and are excited to sail in the legendary Solent where many of our Members have managed to bring home victories. Although some of our adversaries have a lot more experience in these waters, we hope our teams' preparation will pay off. Either way the atmosphere will be very special and we will be delighted to fly our colours in the presence of our President H.H. the Aga Khan."

The Bicentenary International Regatta will open on Saturday 25th July with registrations followed by a practice day on Sunday before competition proper gets underway on Monday 27th. A circumnavigation of the Isle of Wight is scheduled for Wednesday 29thJuly while the final celebrations will take place on Friday 31st July.