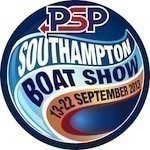 The PSP Southampton Boat Show is set to be the biggest ever, according to National Boat Shows (NBS), the event organiser.

This year will be the show’s 45th anniversary, taking place at Mayflower Park in Southampton from 13 to 22 September.

The show will have 22,934sqm of exhibiting space, an increase of 138sqm from last year. It will also have 567 exhibitors across the 10 days.

Last year’s event had 109,722 visitors with 571 exhibitors showcasing their products.

New features for this year’s show include:

The National Boat Show has unveiled a virtual tool to extend engagement for exhibitors and visitors after the January edition of the event.

Find out more at www.southamptonboatshow.com.