Palma 2013 Emerges as Show for the Superyacht Industry 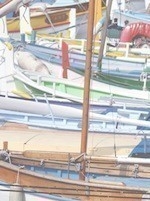 Two years into the planning of a new, stronger incarnation of the Palma Boat Show looks set to pay off. Cancelled in its 29th year in 2012, the 2013 and thirtieth anniversary year is expected to be a livelier, more compact affair, better showcasing Palma’s refit and marina facilities. It will also no longer be a ‘small boat’ show, with the first Palma Superyacht Brokerage and Charter Show launched by six of the industry’s principal brokers taking place on Palma’s longest quay.

At five days, running from 1 to 5 May, the show’s literature promises ‘an excellent network of yachting harbours with their offers and opportunities for investment; and ship yards and large dry docks for repairs. The event will, more than ever before, be a festival with a maritime flavour.’

What this means, along with the introduction of superyachts from the heavyweights, will be a show for Palma that better reflects its industries, from refit to marinas, which thrive there.

Arne Ploch from Camper & Nicholsons International is one of the six brokers to form the Superyacht Brokerage and Charter Show, a move from last year's participation at the successful ‘Mallorca Superyacht Days’ at Port Adriano. The six have formed the Balearic Yacht Brokers Association (BYBA) to create the event, and will take up the largest quay in Palma. The group includes Burgess Yachts, Camper & Nicholsons International, Dahm International, Fraser Yachts, Northrop and Johnson and Ocean Independence.

Ploch spoke in anticipation of a different show for 2013: “It’s completely changing, there will still be smaller boats but an emphasis on larger boats, representing what’s normally in Palma. It will not be a small boat show like it used to be. We have lots of large yachts here but the boat show never corresponded to the market that’s actually here,” he said.

For the 2013 show the largest quay will exhibit superyachts .

Palma 2013 benefits from a new organising committee, comprised of sailing and yachting associations and local government leaders with a passion for sailing and a keenness to bring the Palma community closer to yachting. Director of the Business Promotion Department, Cesar Nuño Pacheco and an avid sailor ‘fought for’ backing of the other government bodies now part of the committee to relaunch Palma 2013. He, and Marine Industry Association of Balearica (MIAB) member, Oscar Siches, saw the need for a stronger yacht show:

“Palma needs a show for the local industry as much as to get the integration city-harbour and the locals to get a scent of what yachting is. The Balearics were very rich growing almonds and olive inland, and never had a yachting culture, which is a phenomenon of the last 40 to 50 years.”

The presence of superyachts will be an important factor in breaking down the ‘them’ and ‘us’ culture he said, a damaging aspect of the city’s current culture. The city's first International Nautical Week event, which will consist of sporting, cultural and commercial events taking place as a backdrop to the show, will also promote the fun of yachting and help erode the antagonism.

“We need to educate people about the bigger yachts. We need to break down barriers between the select groups in yachting and the wider public. They are small steps, but they are there.”

For more information on the Palma Boat Show, visit the show's website here.