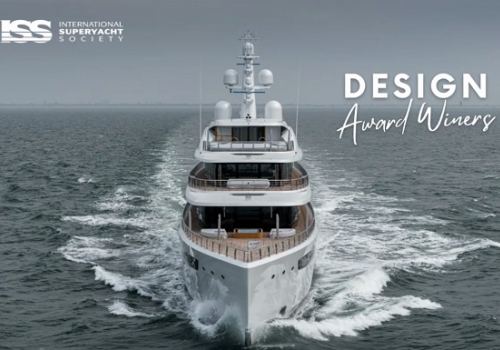 The International Superyacht Society hosted the annual Design & Leadership Award Gala on October 27 at the Lauderdale Yacht Club in Fort Lauderdale, Florida. More than two hundred of the industry’s most influential professionals attended to recognise this year’s award recipients, which included the following:

Artisan award: Frank Pollaro
Founded in 1988, Pollaro is the preeminent maker of handmade art furniture for residences, superyachts and fine establishments. Passion, time and imagination are invested to achieve perfection which is present in every detail, both seen and unseen. Hand craftsmanship and beautiful materials are the genesis of every Pollaro masterpiece, and over 35 years they have assembled the largest collection of spectacular woods in the world. Every piece created is truly unique.

Business person of the year: Ted McCumber
Ted McCumber began his career on charter sail and power boats on the US West Coast. On a race boat in San Diego, Ted met by chance his future boss, Dennis Washington, owner of the Attessaa-yachts. McCumber has worked as captain and project manager for 25 years. After his stint in 2017 as build captain on the 83m award-winning Feadship Savannah, he came to work for Feadship as Managing Director.

Distinguished crew award: The Maiden Factor
Maiden is a Global Ambassador for the Empowerment of Girls through Education Our Mission. The Maiden Factor works with, raises funds for and supports communities to enable girls into education and empower and support them to remain throughout their teenage years to reach their full potential and create better futures for all.

Excellence in Technology:Starlink
From merchant vessels to oil rigs to premium yachts, Starlink Maritime allows you to connect from the most remote waters across the world, just like you would in the office or at home.

Member’s Choice of Yacht Award: MY Viva
The giant glass construction is a prominent feature in the remarkable exterior design by Feadship Studio De Voogt and Azure. They also obviously play a key role in the open beach-house-style interior by Peter Marino Architects. The owner’s ‘less is more’ philosophy has influenced every aspect of the design inside and out, with an abundance of clean lines.

Leadership Award: Martin Francis, Francis Design
Originally a furniture designer, Martin started working with architect Norman Foster in 1967. He was the assistant production manger for the 1970 Rolling Stones European Tour. A keen sailor, after designing several large sailboats, his first motor yacht was the radical ECO launched in 1991, which is still capable of 35 knots. Using yacht mast technology, he assisted IM Pei with the structure of the Louve Pyramid and was also the naval architect for MY ‘A’, a joint project with Phillip Starck.