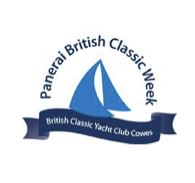 Looking forward to the 2015 edition, Regatta Chairman Sean McMillan commented, “This year we have the great good fortune to be holding our regatta the week immediately preceding the Royal Yacht Squadron’s 200th anniversary regatta. We anticipate a strong attendance at Panerai British Classic Week with many famous yachts already expressing their interest in participating prior to joining the RYS event.”

The regatta is open to classic and vintage yachts and forms part of the Panerai Classic Yachts Challenge Series, the leading international circuit for these vintage craft, sponsored for the eleventh consecutive year by the Italian watchmaker Officine Panerai. With yachts from the drawing boards of designers such as Fife, Mylne, McGruer, Illingworth, Nicholson and Sparkman & Stephens, plus many whose background stories are truly extraordinary, the fleet is always both beautiful and fascinating.

Among the international entrants will be the Paine/Burgess designed Jour de Fête, sailing under the burgee of the New York Yacht Club. Built in 1930 by Lawley in Boston, Jour de Fête is a “Q Boat” designed to Herreschoff’s Universal Rule. She will be skippered by her owner, America’s Cup legend Bruno Troublé, who tells us, “I look forward to coming back to Cowes as I have many friends there. This will be our first time racing the boat under IRC but we will use only Dacron sails and the whole crew will be pure amateurs.” Bruno will bring to bear his extensive knowledge of the Solent gained racing in multiple Cowes Weeks and the Admiral’s Cup and through his close involvement in the organisation of the Royal Yacht Squadron’s America’s Cup Jubilee Regatta in 2001. He does, however, promise not to replicate one of his more infamous Solent exploits when he “Sank a boat, a Two Tonner, Xeryus in the late 1980s on the Varvassi wreck near the Needles while racing around the Island.”

Racing is once again being organised by Royal Yacht Squadron Racing and will feature a seven race series plus the special Around the Island Race sponsored by EFG International on Monday 20th July. The ever-popular Ladies Race will be held on Wednesday 22nd July and the regatta will conclude with the Parade of Sail past the Royal Yacht Squadron and Cowes Green on Saturday 25th July.

Ashore the Panerai Lounge will be the focal point for pre and post sailing gatherings. The evening social programme is always packed with fun events and this year is no exception. From the Welcome Reception at the Royal Yacht Squadron to the Prize Giving Dinner at Cowes Yacht Haven Events Centre, via the traditional “Open Yachts” Pontoon Party, there will be plenty to keep the competitors and their guests entertained.

As always the yachts will be moored at Cowes Yacht Haven where members of the public are welcome to tour the dock and view the stunningly restored and maintained historic yachts and speak to their owners and crews.