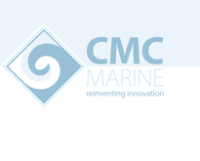 CMC Marine will celebrate the beginning of the oncoming nautical season with a double presence at International Boat Shows in Monaco and Genoa, two appointments made even more significant by the coinciding tenth anniversary of activity.

CMC Marine will exhibit at the Monaco Yacht Show, scheduled from September 23th to the 26th, with a stand in the Darse Sud, but even more representative will be the Company’s several stabilizing and control systems installed onboard some of the most luxurious yacht docked in the Marina for the Yacht Show.

The following week, from September 30th to October 5th, the Company will be at the Genoa International Boat Show. This was the first international exhibition they attended back at their beginning and, since then, has been chosen several time to preview their most recent innovation. Among them the SE Stabilis Electra, the first electric stabilizing system that, launched in 2011, has quickly become CMC Marine’s top product. After that many other novelties followed, some of which covered by exclusive patent, all contributing in building CMC Marine’s reputation as an innovative, strong and reliable Company, qualities that soon led her to be one of the main actors in her area of expertise. Currently CMC Marine detains a strong market leadership in Italy, an excellent result considering that Italian shipyards still detains the 40% of the global market share. Backed up by a constant growth that has seen sales and size increase from year to year, CMC Marine has recently implemented a series of strategies focused on foreign markets, that has rewarded the Company with a 10% global market share, that becomes a 18% if only the segment of vessels between 22 and 45 meters is taken into considerations.

On this regard Alessandro Cappiello, founder with partner Giustiniano Caggiano and CEO of CMC Marine, said: "Ten years ago in CMC Marine there were only three associates and we had a turnover of roughly one million Euros. Now, between employees and associates, we exceed the thirty people, even more if we want to include those working in the service centers in Italy and abroad. The turnover has tenfold increased too, and the same can be said of our customer portfolio. But, above all, what makes us extremely proud is realizing that the trust shipyards and owners have placed in us has never failed: the partnerships that have started over the years still continue to this day, a sign that our commitment and enthusiasm is recognized and increasingly appreciated. "