Yachting News » Events » Boat Shows are Back and SCIBS did not Disappoint!
« BACK

Boat Shows are Back and SCIBS did not Disappoint! 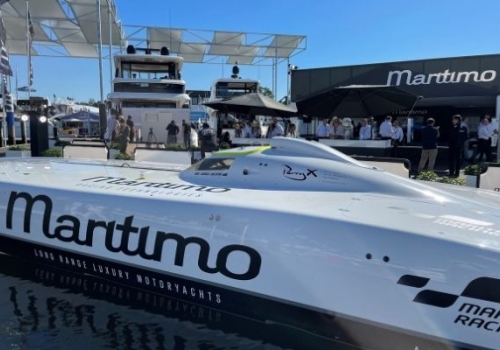 Boat shows are back and the Sanctuary Cove International Boat Show (SCIBS) which was held on Australia's Gold Coast from 20-23 May did not disappoint. During a time when boat shows, let alone mask-less boat shows are uncommon, it was no surprise to see huge numbers and plenty of activity.

Before it began, many from the Australian yachting community gathered for the annual Australian Superyacht, Marine Export and Commercial Industry (ASMEX) Conference also held at Sanctuary Cove.  ASMEX is the flagship conference in Australia for the marine export, superyacht and commercial marine industries and a great opportunity for many Aussie marine businesses to get under the same roof.

The day consisted of a number of interesting and diverse session topics, including presentations from major yacht builders (Echo Yachts and Silver Yachts), marine corrosion specialists (Marine Protection Systems) and defence vessel manufacturers, The Whiskey Project.  Many other presentations were given, all of which contributed to provide an informative overview of where the current Australian marine industry sits and where it is heading.

As anyone who is trying to purchase a boat of any size will know, the global marine industry is buzzing. Bank of Queensland’s Chief Economic, Peter Munckton, provided an upbeat and well-received opening presentation to set the scene for the economic outlook for Australia.

The Australian International Marine Export Group released the new superyacht visitor data for 2020. It showed that foreign-flagged superyachts stayed an average of 128 days in 2020, compared with an average of 73 days in 2019. This is an increase of 75% in the length of stay, which translated into a contribution of over $100M to the Australian economy.  More than ever before, superyachts are understanding the quality of Australia’s cruising grounds and maintenance facilities. Plus, there’s the drawcard of America’s Cup in New Zealand last March, which has resulted in more yachts visiting Australia and staying longer.

SCIBS was well and truly flowing with people for all four days. It follows a similar format to many other well-known international boat shows in that it’s a mix of vessels for sale and for charter together with displays showcasing a range of new products entering the market. 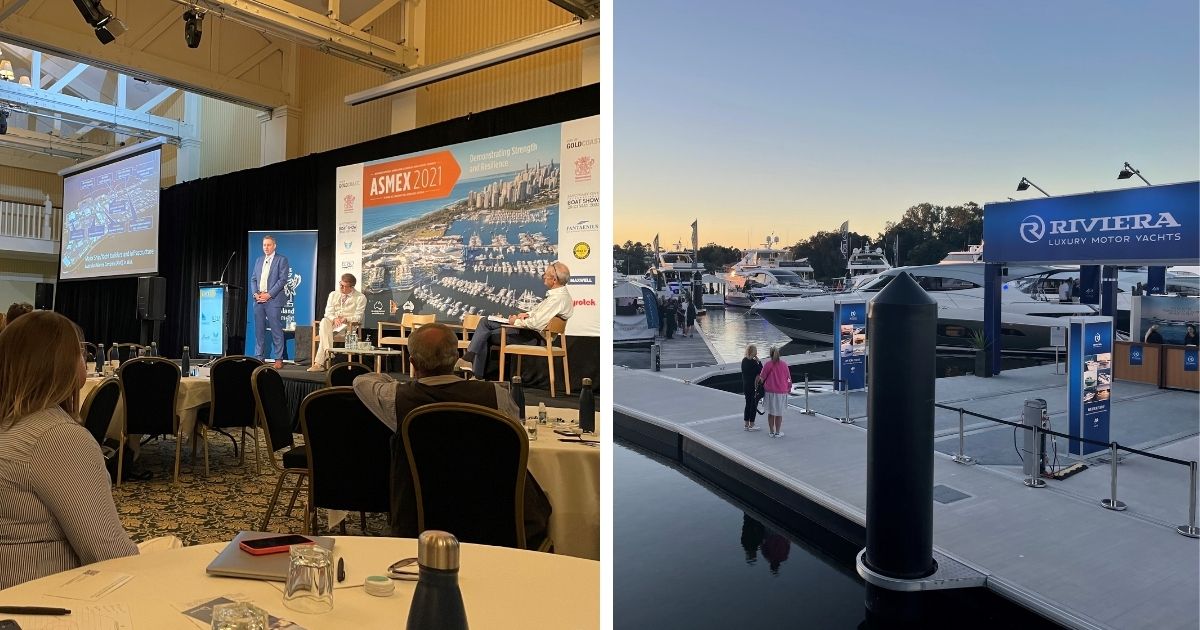 We had a truly memorable conversation with the founder of E-class Electric Outboards, Ron Kelly.  Ron has chalked up a celebrated career in the automotive engineering industry but he has always had a deep-seated passion for the marine industry. Ten years ago, after completing two Sydney to Hobart yacht races (well in his retirement), Ron began to design 100% electric outboard engines. Over a few networking drinks, Ron proudly pulled out a paper folder bulging with handwritten notes and drawings on how he was able to successfully design and build his first electric motor prototype. He has since gone on to build models from 5hp – 15hp.  I liken Ron to a mad scientist. He’s a real engineer and certainly one of the most interesting people we met all week.

Sanctuary Cove International Boat Show was a great opportunity to catch up with friends and colleagues from a range of industries spread across Australia. The common theme throughout was collective optimism about the future of the marine industry in Australia and for Aussie businesses operating internationally in general. We look forward to the next one!