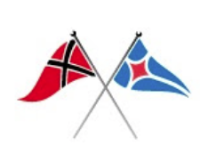 The Norddeutscher Regatta Verein (Hamburg) and the Yacht Club Costa Smeralda (Porto Cervo, Sardinia) are proud to announce their cooperation for a unique offshore regatta series in 2017/2018. On the occasion of both clubs' anniversaries the participating yachts will sail from the Canary Islands to the Caribbean in 2017 and on to Hamburg, Germany in 2018. In 2017 the YCCS, which was founded by H.H. the Aga Khan, will be looking back on 50 years of club history while in 2018 the NRV will celebrate its 150th anniversary.

The "Atlantic Anniversary Regatta" will depart from the Canary Islands in November 2017 headed for Virgin Gorda (British Virgin Islands), where the Yacht Club Costa Smeralda has its winter base. Depending on the size of the competing yachts and the wind conditions the boats are expected to arrive in Virgin Gorda after approximately two weeks. Subsequently they will have the opportunity to take part in the existing regatta circuit around the Caribbean. With the popular Newport Bermuda Race the participants will arrive at the Royal Bermuda Yacht Club, the organiser of the 2017 America's Cup. In July 2018 the yachts will then leave Bermuda for their return journey to Hamburg. The finish line will await them just off Cuxhaven where the river Elbe flows into the North Sea.

Expressions of interest are very welcome at this early stage via the event website www.atlanticanniversaryregatta.com. There is also a possibility to only register for one leg of the route. For the overall winner of the series a unique prize is being created especially for this occasion.

During the first presentation of the anniversary programme which took place at the NRV clubhouse in Hamburg, Germany today, the commodores of both clubs, Riccardo Bonadeo (YCCS) and Andreas Christiansen (NRV), crossed their burgees in order to officially seal the clubs' full reciprocity agreement. The ceremony was attended by many interested club members.

An exclusive edition of fine art photography will form the foundation for future communication of both clubs regarding the regatta as well as other anniversary events.

The Yacht Club Costa Smeralda was founded in Porto Cervo, Sardinia in 1967 by current president H.H. the Aga Khan and a group of founder-members as a non-profit sporting association for fellow sailing enthusiasts.

The YCCS is renowned for organizing international sailing events such as the Maxi Yacht Rolex Cup, the Audi Sardinia Cup and the Rolex Swan Cup as well as World and European championships for top one-design fleets. In recent years the Club has focused on promoting new superyacht events such as the Loro Piana Superyacht Regatta, the Dubois Cup and the Perini Navi Cup.

The Club has also promoted international challenges such as Azzurra - the first Italian challenger for the America's Cup in 1983 which became a legendary Italian brand and was relaunched by the YCCS in 2009 with a victorious participation in the Louis Vuitton Trophy in Nice, the participation in the Volvo Ocean Race with a two boat campaign one of which had an all-female crew, and the motor yacht Destriero which to this day holds the transatlantic crossing record set in 1992.

The YCCS continues to expand its activities and in 2012 inaugurated its winter base in Virgin Gorda overlooking the island's new YCCS Marina. The Club now organizes regattas year-round on both sides of the atlantic. www.yccs.com

Norddeutscher Regatta Verein is one of the oldest and with currently about 2,000 members also one of the largest sailing clubs in Germany. Founded in 1868 the club is committed to regatta sailing and especially supports young people in their sailing ambitions.

The youth centre offers ideal conditions for children and young adults who are interested in learning the sport of sailing and accompanies them along their way with high-quality education and training. One important goal of the consistent youth work is to introduce the children to regatta sailing and support them for example via the NRV Youth Team.

As regatta organiser the NRV is co-founder of Kieler Woche and Travemünder Woche and is still closely involved in the organisation of those traditional events. With prestigious regattas like Atlantic crossings, Rolex Baltic Week, NRV Champions Week or Nord Stream Race and together with well-known sponsors the club is setting high standards for the international sailing scene.

Active NRV members are coached through intensive sailing training. The consistent support and fostering pays off: Since establishing the NRV Olympic Team after the games in Sydney the NRV is regularly and successfully present at Olympic Games. In 2012 five NRV teams took part in the sailing competitions off Weymouth. The Paralympics resulted in two silver medals for Germany and the NRV.