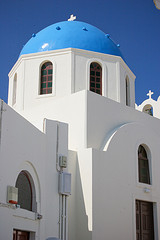 For sheer beauty and dramatic landscapes, the Ionian Islands never disappoint the traveller and the experience of sailing these waters is unforgettable.

The islands offer endless discovery of sweeping  landscapes, coves and beaches and an abundance of typical Greek towns, ports and villages.

Corfu - As one of the largest of these islands, Corfu is a combination of populated towns on the east coast and beaches galore on the west coast.

The town’s charm stems from the diverse cultural influences from its Italianite Spianda.  The north west coast is where you will find some of the finest beaches and inlets of the island. Paxos - Like many other Greek islands, Paxos boasts beautiful beaches and olive groves in abundance, while a multitude of cliffs and caves add to the rugged nature of the land. It is less of a party island but perfect for those seeking a peaceful destination, where you can stroll to the harbor port for some fresh Greek coffee.  You can also find some perfect anchorages south of Paxos on the sister islet of Antipaxos. Lefkas/Levkas is so close the mainland that it is stitched to it by a 75ft causeway. Adventure away from Levkas Town and head south toward the pretty village of Vasiliki and its long pebble beaches. Many yachtsmen anchor at the resort of Nidri for a local taverna meal and a glimpse of wooded islets in the bay, among them Skorpios, the private island once owned by the Greek ship owner, Aristotle Onassis. Kefalonia is the largest and most mountainous of the Ionian group and is a perfect destination for hiking amidst breathtaking views. The tallest mountain, Mount Enose, rises to 5,340 ft and it is covered with the Cephalonian fir. Kefalonia has hundreds of picturesque villages and small towns, with an architecture and tradition all of their own. It is dotted with beautiful houses, tiny villas and gardens with countless flowers.

The Gentilini winery is well worth a visit as well as Calligas and both are by appointment only.  To the north, is the picturesque and vibrant port of Fiskado. Ithaca – Ithaki, patriarchal home of Odysseus, is rich in deep-blue bays and mountains of flowers and trees. The island is filled with the mythology of Odysseus: from a castle named after him to a cave where he is said to have hidden the treasures of the Phaiakes. For years Homer's hero wandered before he finally returned to his island kingdom, and although he visited exotic, far-flung lands, Ithaca never left his mind for a moment. And even today, once you've been to Ithaca, it's difficult to forget this small, mountainous island with its captivating coves, which conjure up some earthly paradise.

Ithaca is separated from Cephalonia by a channel some 2 to 4 kilometers wide. The west coast of the island is steep and almost barren in contrast to the green, gentle shoreline on the east.  Ithaca offers lovely beaches for bathing, caves for exploring and peaceful hamlets where noisy nightlife is unheard of. You must anchor off Nisos Ithaki- Vathi – proclaimed as one of the top ten anchorages in the Greek Islands. Zakynthos is considered one of the most beautiful of the Ionian Islands and is well worth exploring by land and by sea.   It first won repute from the Venetians as "the flower of the Levant" and is still a producer of floral eau de toilette. But its real fame today lies in the native nesting grounds of the endangered loggerhead turtle.  The port of Zakynthos is a true Greek experience- take a trip to Smugglers Cove in the north which has one of the loveliest beaches in the area.  Anchor off and spend the day relaxing and swimming.  For the more adventurous, the Blue Grottos provide some exciting snorkeling. * All images shared under Creative Commons 2.0