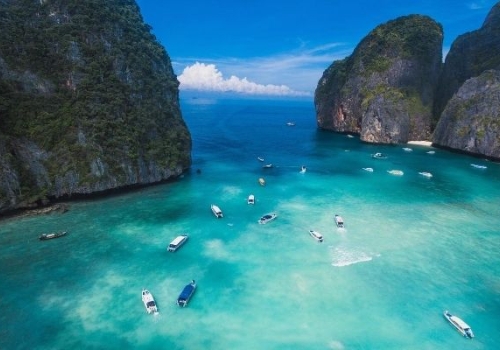 With its rich tapestry of people, languages and cuisine, South East Asia (SEA) has long exerted a magnetic pull to travellers attracted by the sheer diversity of its culture and the stunning natural beauty of the region.

Boasting some of the globe’s most phenomenal - and unpopulated – coastlines as well as picturesque atolls, deserted islands and colourful marine life, the ideal way to explore the region’s most alluring and inaccessible nooks is by yacht.

However, it pays to accumulate some local knowledge regarding seasonal weather patterns and develop a general awareness of where to go and when, as well as acquainting yourself with what is on offer in terms of guest experiences once you arrive.

With Singapore and Phuket, home to ASEAN’s two conjoined yacht shows, providing convenient gateways to world-class yachting in azure blue seas, it’s perfectly possible to explore destinations ranging from the high-end luxury resorts of Phuket through to Myanmar’s pristine Mergui Archipelago, which remains one of the world’s best kept secrets, and beyond. The shows were conceived to promote the region to the world’s touring yachts and their charter guests, as well as promoting the industry and the lifestyle to the people of Asia.

‘You can sail from Singapore to the Anambas islands in Indonesia in a day, arriving in a little piece of heaven that nobody knows about,’ says Andy Treadwell, owner and CEO of the two  yacht shows as well as the region’s third major show in Hong Kong. ‘Cruising the Andaman sea up to Myanmar, Eastern Malaysia, the Philippines and the far eastern end of the Indonesian archipelago certainly takes some beating.’

While a reset and recalibration of tourism is needed, the potential of SEA to become a major superyacht destination is perfectly possible with the right support and mindset, according to Richard Lofthouse of Catalano Shipping. 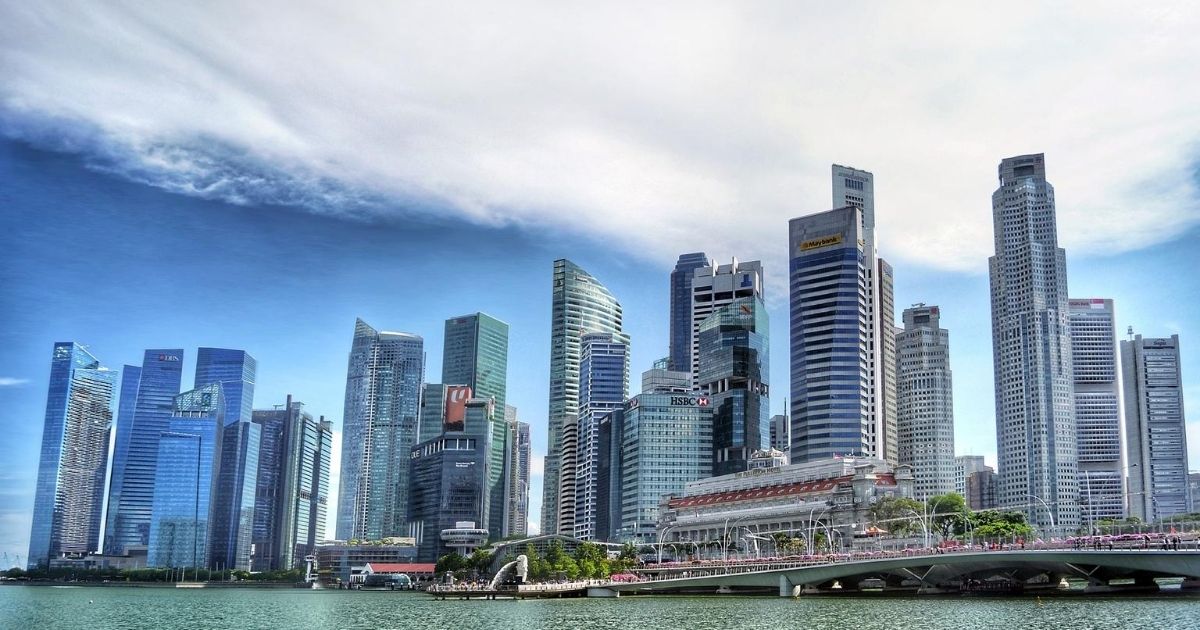 ‘We need to move away from mass land-based tourism and see the potential of marine tourism,’ says Richard. ‘I’ve never understood why people spend billions of dollars building hotels on islands without tying them into the marine environment.

‘There’s a strong awareness developing of how good Indonesia, Thailand and similar Asian regions are – people are starting to see the mind-blowing potential of what is available.’

Diversity is the USP of the region according to Andy Shorten, a former diving instructor who set up The Lighthouse Consultancy to assist visiting yachts in Indonesia. ‘Diversity is one of the fundamental differences between this region and the rest of the world,’ says Andy, who has lived in Indonesia since 2002. ‘As you travel from the Maldives through Thailand, Singapore, Malaysia, Indonesia, Papua New Guinea through to the Pacific, each destination changes.

‘Some host global cities, some focus on tourist islands, some have unique cultural experiences and some are purely natural. The rich diversity is key to keeping everyone interested. As facilities and infrastructure improves, the perceived difficulties of visiting these off the beaten track destinations diminish and there is little excuse not to head out to explore the world. That’s a huge reason to have a yacht after all!’ 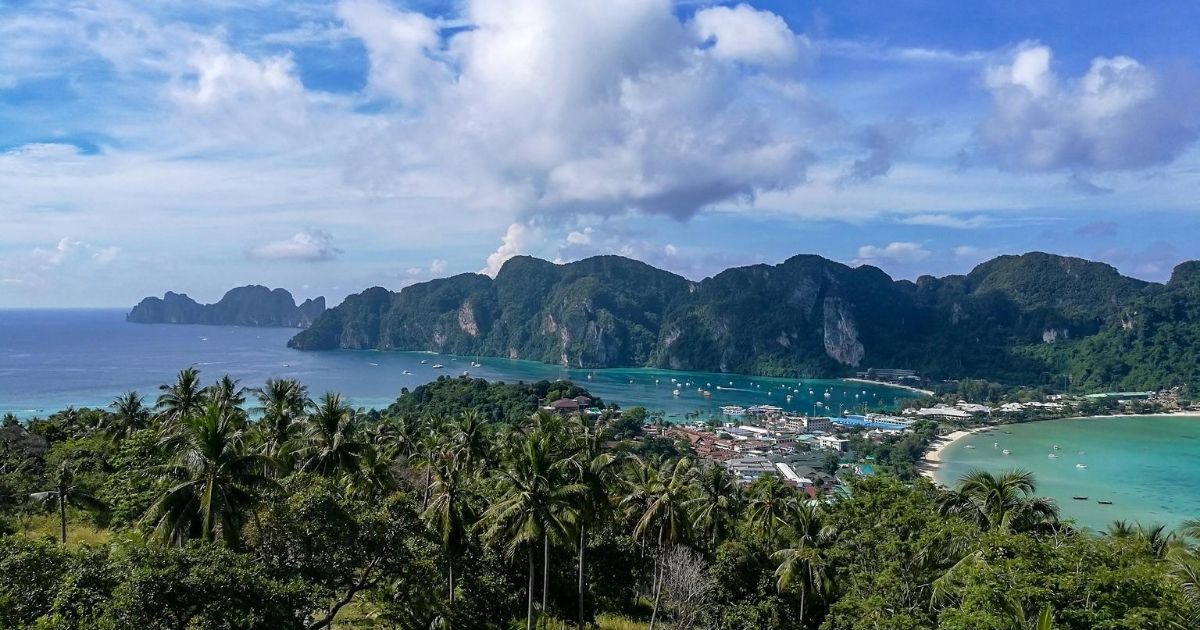 Adam Frost, MD and founder of Seal Superyachts, advises plenty of research and conversation with SEA-based specialists before deciding on an itinerary. ‘The cultural, ecological and geographical diversity is so vastly different in each South East Asian country,’ he says.

‘Amazing experiences can be found throughout the region, in Thailand, Myanmar, Maldives, Vietnam, Philippines and Indonesia. The key to exploring the region and choosing what is right for the client is consulting knowledgeable and experienced guides and agents beforehand.’

When and where to go


The best time to cruise in Phuket and Myanmar is during the dry season from November to April, according to Gordon Fernandes of Asia Pacific Superyachts, who has spent the last 23 years based in Phuket.

‘It’s always advisable to have a guide on board as guests will then get the best out of the areas they want to visit - and of course, it’s easier to find the premier dive sites too,’ says Gordon. ‘Visiting the national parks is also simpler as the guides will have local knowledge on where to anchor.’ 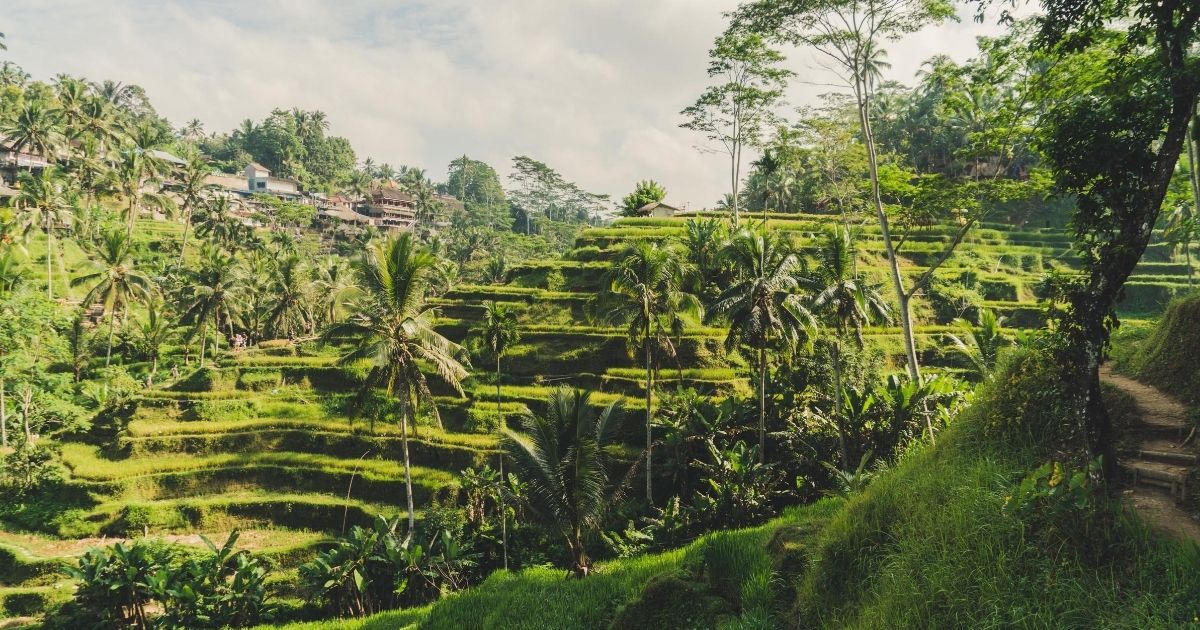 Indonesian sailing is generally year-round, with Komodo best from May to October while Raja Ampat’s dry season stretches from November to April. ‘In reality, these two areas form less than 10% of the country,’ explains Richard, ‘and while Raja Ampat has probably the most phenomenal cruising grounds in the world, we are still discovering new destinations which is very exciting.

‘I spend a lot of time trying to explain the seasons here to captains. Only yesterday, I had to tell one big yacht that they were heading to Phuket in the monsoon and driving away from Bali in dry season which was news to them!’


While spectacular and unspoilt scenery, fragrant cuisine and empty and uncommercial cruising grounds - compared to Europe and the Caribbean - are the norm, SEA is also starting to develop the infrastructure necessary to attract superyacht owners to the area.

‘The region is building more marinas which can berth the superyachts which want to come - we can berth a 130-metre yacht in the Phuket marina,’ adds Gordon. ‘The infrastructure for owner visits is already in place, with airports that can handle large private planes as well as commercial flights, making it easy to get here. 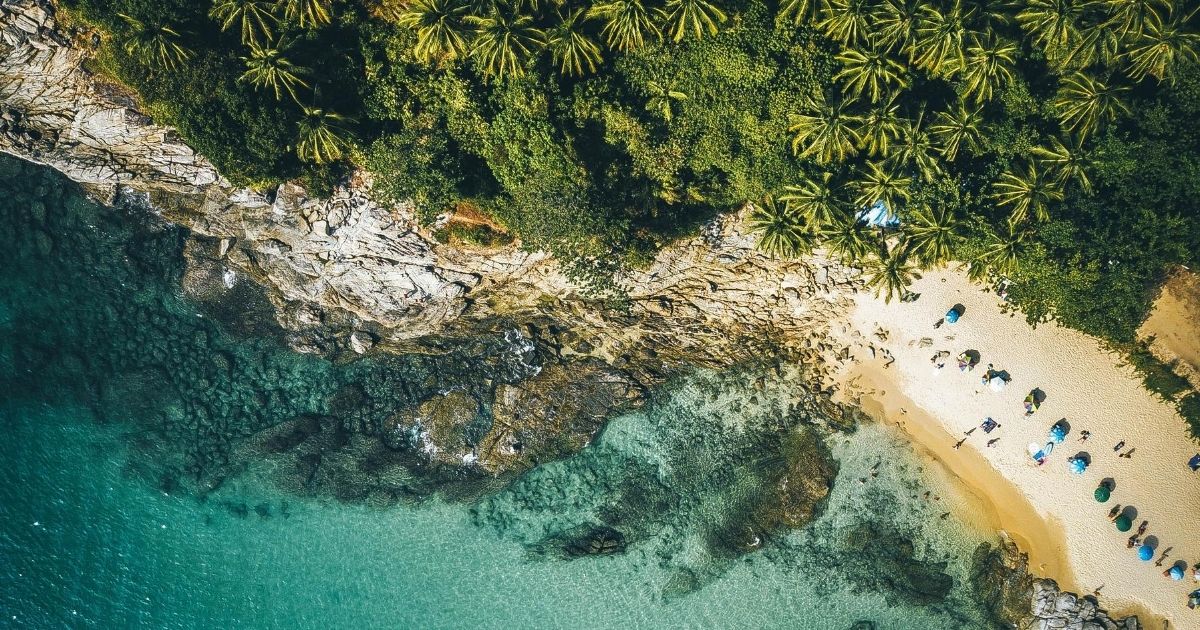 One of the new important developments for Asian yachting is Benoa Marina, which opened in Bali in spring 2020 and has space for three superyachts of up to 90 metres. ‘It’s the only superyacht marina in Indonesia and while we are still finetuning and improving things, it’s a very promising facility,’ adds Richard, who assisted in its development and now manages the marina.

Another bonus SEA offers is a low crime rate, a major factor in appealing to clients who might otherwise be inclined to charter in Europe and the Caribbean. ‘Thailand and Myanmar are very safe - you never see muggings,’ says Gordon. ‘The rate of street crime is extremely low and the locals are very friendly, hence the reference to the famous “Thai Smile”!’

Quite simply, the region offers the best of both worlds; remote and unpopulated islands for solitude, intriguing local culture, serene beach barbecue spots, boutique hotel spas and cool bars and clubs for when you want to dial the pace up a little. ‘Phuket now has a luxury shopping mall with designer outlets like Gucci, YSL and Hermes,’ adds Gordon, ‘and there are several world class golf courses in the area.’ 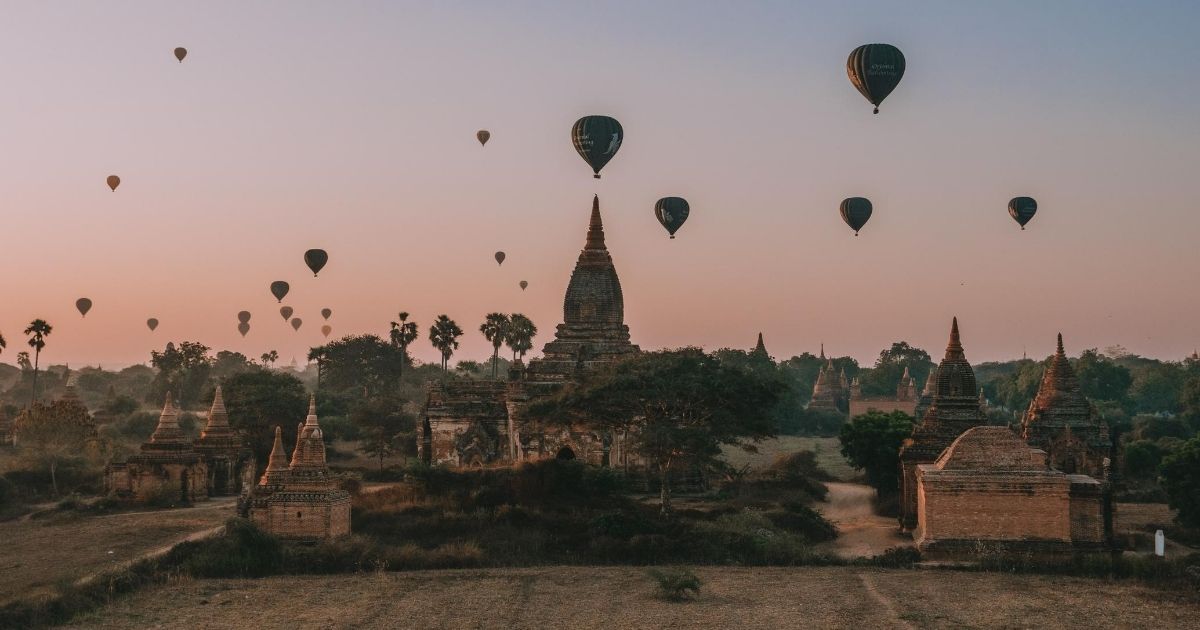 With 50 islands easily accessible within a day’s sailing of Ao Po Grand Marina, some of our favourites include Naka Yai, less than 10 minutes away, Yao Noi, with its six star Six Senses Resort, Kudu Yai, a small rocky outcrop, and Koh Chong Lat, which with its impressive 200 metre high sheer limestone cliffs makes for a spectacular overnight anchorage. Says Gordon: ‘If guests want to party and visit beach clubs, Phuket is the perfect place for the yacht to anchor - but they can also enjoy the local culture by visiting some of the beautiful temples, the old town centre, or an elephant sanctuary.’

Head north from Phang Nga Bay and you will find yourself in the splendour of the remote Similan and Surin islands, featuring countless tropical beaches and bays where picture perfect scenery and unbeatable diving abound. ‘The Surin and Similan Islands in Thailand are great for their beauty,’ says Gordon. ‘In the Similan Islands, you have world class diving with visibility of 30+ metres.’ 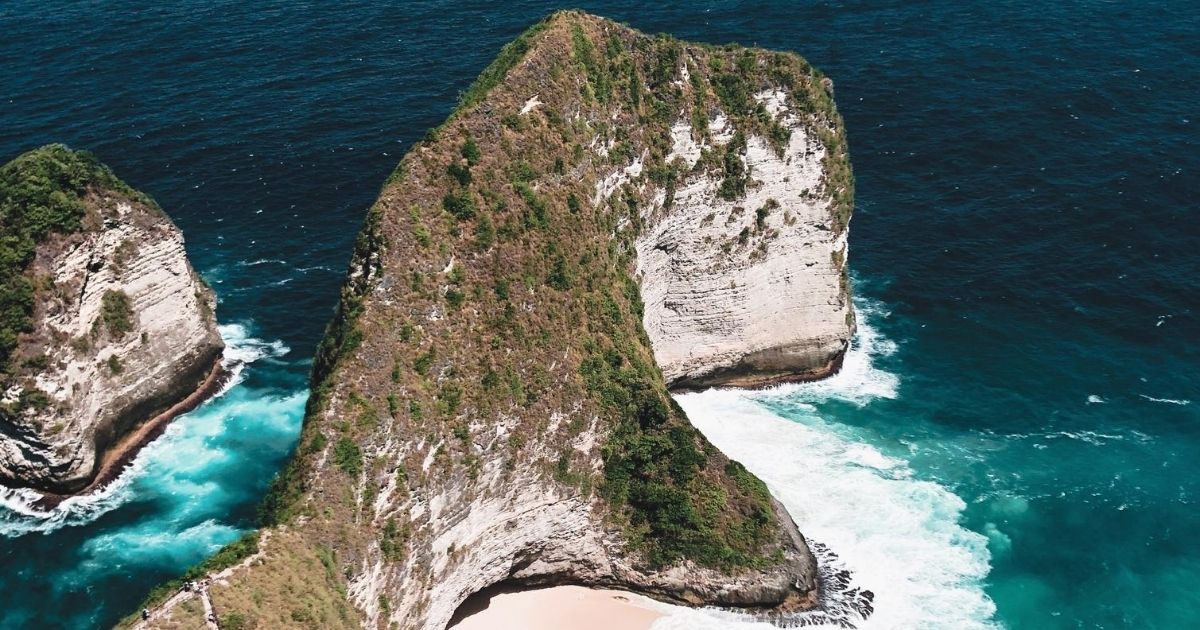 One of Asia-Pacific’s lesser known regions, Myanmar’s Mergui Archipelago comprises of an untouched landscape of mangrove forests, lush jungle, wild shorelines and pristine coves in which to enjoy an immensely private vacation in the most idyllic surroundings. Largely cut off from the rest of the world, the Mergui Archipelago is the perfect escape from the pressures of modern life. ‘Myanmar is an excellent cruising area as you have over 800 islands and only a few of them have hotels or small villages on the islands,’ Gordon reveals. ‘You can visit islands which are the size of Phuket but there won’t be a single person living on them so you have the virgin rainforest, golden sandy beaches and crystal clear waters all to yourself.’

Seal Superyachts’ Adam Frost was responsible for pioneering the opening of Myanmar to marine tourism in 1996. ‘The Myiek Archipelago holds the top spot for me, ‘ says Adam, who spent 10 years as a charter captain in SEA. ‘It’s overwhelmingly beautiful and completely untouched. To find true escapism and remoteness is rare these days so being able to anchor at deserted islands and not see anyone for days at a time is priceless. The beaches are stunning and there are literally thousands to choose from.

A visit to Myanmar's islands can be combined with a few days in Thailand, starting your adventure from Phuket. This itinerary gives a perfect balance between being able to visit five-star resorts for lunch, dinner or spa treatments before heading to Myanmar to escape the madding crowds.’ 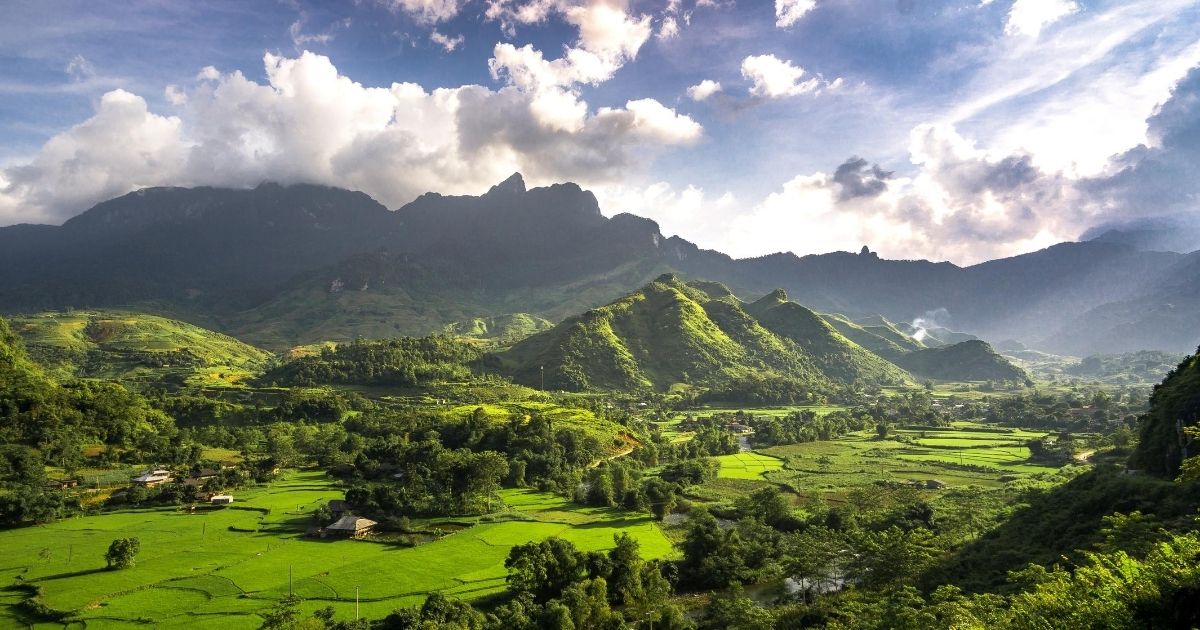 We’ll be looking further at the incredible cruising grounds of Indonesia in a future feature, but suffice to say that with over 17,000 largely uninhabited islands to choose from, Indonesia is fast becoming the go-to superyacht destination in SEA and it’s not difficult to see why. ‘From turquoise waters and white sandy beaches to rival the Caribbean to the iconic karst pinnacles of Raja Ampat, the natural beauty is stunning and has to be seen to be believed,’ explains Nikko Karki of Indo Yachts.

Extending from the Mekong Delta in the south to the Chinese border in the north, cruising along the extensive Vietnamese coastline offers a cultural experience like few others. Experience Ho Chi Minh City, previously Saigon, with its bustling food markets, temple tours and colourful and moving history before heading to Nha Trang, where a new marina has the capability to berth up to 220 yachts. Continue north to sample the historic delights of the lantern city of Hoi An and the undeveloped coastal splendour of Lang Co before arriving in heritage listed Ha Long Bay, whose resplendent towering limestone islands topped with rainforests have wowed visitors for generations.