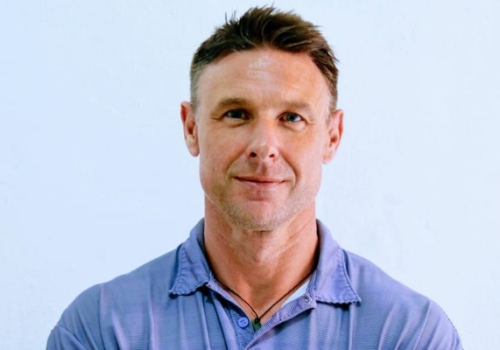 As MD of Catalano Shipping’s Indonesia office and the Asia-Pacific Regional Coordinator for the group, Richard Lofthouse is the man to know for visiting superyachts. Regarded by many as the jewel in the crown of South East Asia, Indonesia has attracted private yachts for decades, but complex rules and regulations have kept it firmly off the map for commercial charter. Despite sustained efforts by stakeholders across the superyacht industry, regional governments are not fully signed up to the potential for yacht tourism, a barrier that Richard and his team are working hard to overcome.

How would you describe the current landscape for superyachts in South East Asia?

The whole situation really varies from country to country. For example, even though Singapore and Indonesia are neighbouring countries, they each have a totally different focus, experiences and operations. Similarly, the guest experiences and facilities in Phuket are very different to what you will experience in Bali. So there is great diversity and range of experiences available and I think that’s what makes it such an exciting area.

What should the superyacht industry be doing to encourage more interest in the region?

Continue to promote the experiences available in the region by highlighting the strengths of the various locations. Obviously, Indonesia sells itself as a destination but falls down on facilities. However, Singapore right next door has all those things so the two complement each other in a ying yang way. It is only as a region that there is all-round strength, so we should communicate as a region. Associations like APSA and the Singapore and Thailand Yacht Shows have done this well over the last few years, but we need greater clarity and focus.

I support Andy Treadwell’s vision for the region in that the same rules should encompass all Asian countries. For example, whether you're in the Philippines, Indonesia, Borneo or Thailand, you could pay a percentage on the MYBA charter contract that would get you a charter permit valid per trip or for six months, whatever it may be. It has got to be universal rather than every country trying to reinvent the wheel. 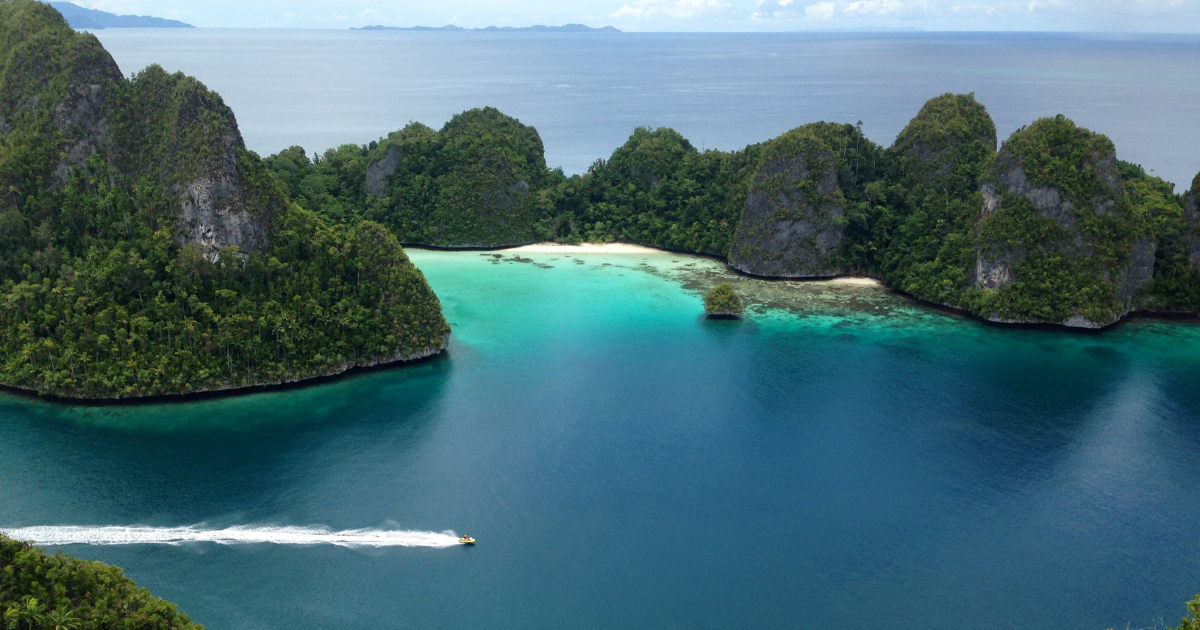 Do regional governments need to take a broader, longer-term view?

That's exactly it. I've seen Indonesian government ministers, ministers of economic development and ministers of agriculture and fisheries turn up at every Asia Superyacht Conference in Singapore for at least the last decade. They say all the right things and everybody gets really excited - apart from us. We've seen it all before; nothing ever gets executed and nothing changes.

Any change that has happened has been a direct result of the private sector. We converted a struggling marina for small yachts into the first superyacht marina with Pelindo Properti and Benoa Marina. They had no idea about the potential or market for large superyachts a year ago, but now they do. That’s great progress but generally the private sector has to drive it.

Is a superyacht industry in Asia realistic, or is Asia so fundamentally different that we're waiting for it to become something that it will never become, or doesn't want to become?

I think it’s realistic. Thailand is a great example and every time I go there I see that they're making strides. Sometimes it's two steps forward and one back - it's not a golden model, but it certainly is a model of what's possible when public and private sectors align.

There is still a huge opportunity in Asia to really get serious about marine tourism as a low-risk/high reward alternative to mainstream mass tourism. Indonesia is one of the largest countries in the world and it's 90% water, so I've never really understood why people have spent billions of dollars building hotels all over the islands without tying them into the marine environment.

Bali is learning the hard way what happens when you take your resources for granted and build over them. They have put tremendous strain on the islands environment and built a lot over the beautiful rice fields that people used to travel to see so, suddenly when all the tourists leave, the whole economy is in tatters.

Most governments seem to think the solution is to get all the tourists back with cheaper deals, but it’s not. That's the problem. The model needs to move away from mass land-based tourism to see the potential of marine tourism. If we're able to realise that, then all of these other countries will be capable of realising it too, but there needs to be a bit of a reset first. 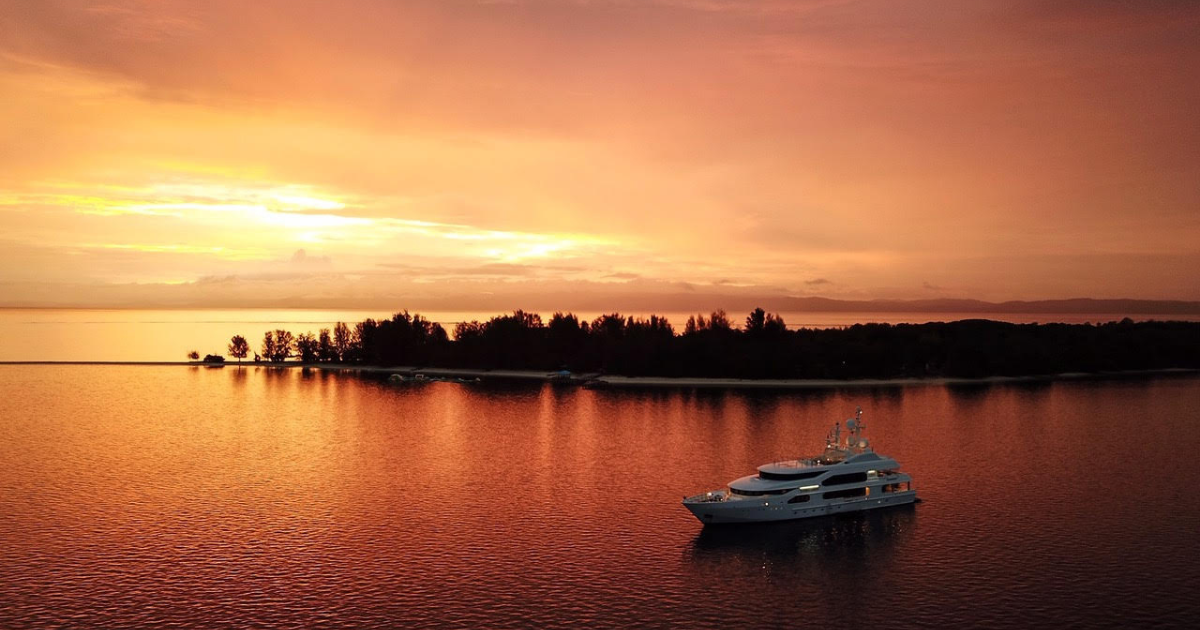 What's your view of the approach adopted in French Polynesia where they are very protective of their culture and landmass?

They've really understood the economics of superyachts and have used it to maximize tourism with the low proportion of land they've got. It’s a great model and it definitely needs to be implemented in Indonesia, Thailand, Philippines, Vietnam and elsewhere.

Another idea is greater collaboration between regions - for example the Middle East is already halfway to Asia - but are other regions thinking this way?

As a company we certainly do think that way and my role as Regional Coordinator for Catalano Shipping reflects that. I deal with captains still in the Med and contemplating Asia and then the Pacific. My job is to break that down for them, explain the best times to be where, how the cruise plan can follow the seasons, point out options for maintenance periods and opportunities for guest experiences. Once they have that clear, they can formulate a plan and move forward. I can then connect them to people I trust in the various countries so they have a network to move within. We see how well this works on a micro scale and it will certainly work on a macro scale.

As a company, how does Catalano Shipping attract new business?

It's all about setting high standards first and using that to encourage new business to come this way.  With the company I was originally part of, I set up offices in Indonesia and the Philippines, and it was there I realised that success comes down to your performance, your network and word of mouth. It's very tricky to get in front of the decision makers, ie the captain and the owner, so it really comes through a process of referral backed by success. Conversely, if you are spread too thinly and have offices dragging the chain then that affects everyone.

If you look at the Agents by Catalano Group in the Med, they handle over 1,500 yachts a year, so you're hard pressed to find a captain or a crew member that doesn't know us. So we use the network, the name and the inter-connectivity between us to keep conversations going with captains and give them the confidence to make informed decisions on where they want to go, knowing they will be supported throughout.

And trust among brokers is just as important if you want them to push a destination?

Yes, it all comes back to the charter issue I guess at broker level. I'll give you an example. At the start of every year our office in the Med sends me a list of every single boat movement, showing which boats are in the Maldives, including about 15 substantial yachts which are Agents by Catalano clients. I reached out to all of them, and not one of those boats is coming to Indonesia. Only three were going as far as Thailand because there’s the belief you can run charters easily enough in Phuket, and one was carrying on to New Zealand for the America's Cup, but the rest of them were turning around and going back to the Med.

If you were able to run charters around Thailand and Indonesia and elsewhere, then I believe the uptake would have been the opposite; I would say 12 of the 15 would have come across this way. 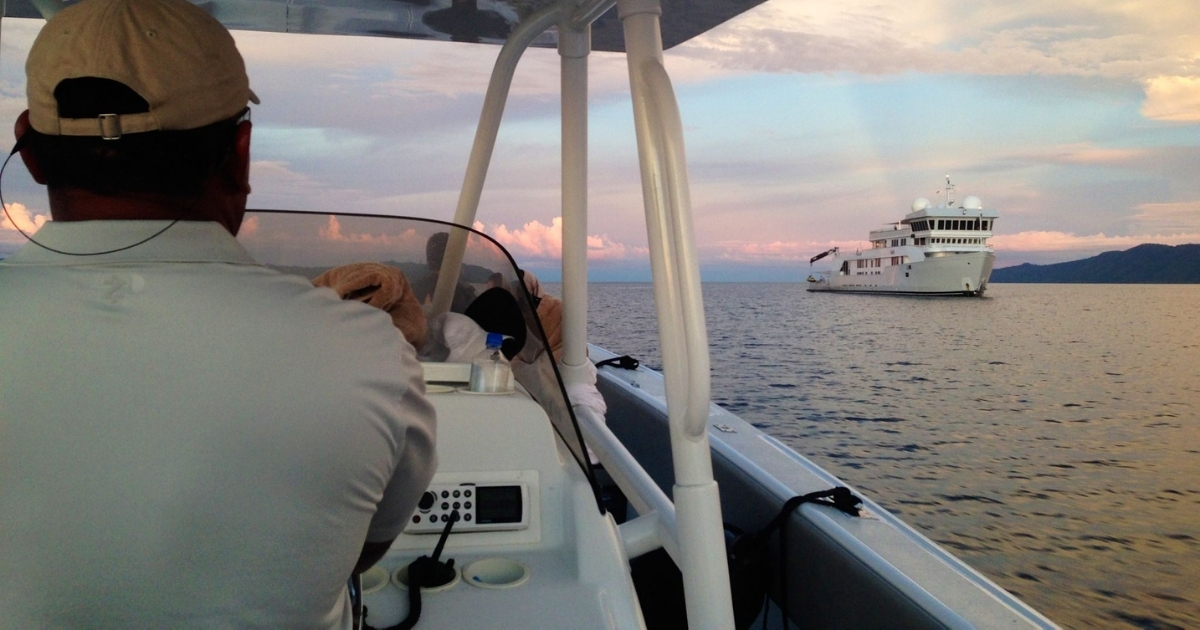 In terms of the local market, do you think Asian owners will start to base their yachts in the region?

Definitely! We've got three 55m yachts in Benoa Marina today - one has a Hong Kong/ Singaporean owner, the second has a Hong Kong owner and the third is Taiwanese. I also have a waiting list of three others – one with an owner from Hong Kong, one from mainland China and one from Thailand.

It's a pretty impressive stable and they're going to come to Indonesia every year. Asian owners mostly want to keep their yachts for private use but some of them are also looking at charter and I couldn't have said that three years ago. It’s also unlikely that I would have had a marina full of Asian-owned superyachts.  This is a very impressive development and full credit to the Simpsons, Burgesses and others who are making this happen.

How easy is it to flip a private vessel to a commercial vessel in Asia?

It's the same as everywhere else and not particularly tricky to do, but having both is good in the Asia Pacific region for sure.

We have to sell the experience more than the technical aspects. After all, the Asian experience is just so far beyond what you can experience in Europe in particular. The guest experience is our focus here in Indonesia and I believe this is what will attract superyachts over this way.