Navigating Berth Sales in the South of France with Zen Yachting 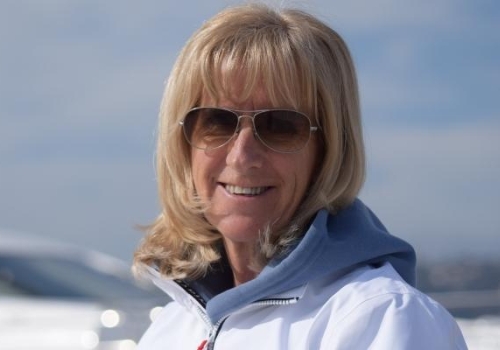 As the unofficial home of yachting on the Cote d’Azur, Antibes is one of the most picturesque and accessible spots in the entire Med and thus the perfect spot to choose a mooring.

Finding the right berth at the right price, however, is a little more challenging – and this is where Zen Yachting comes in.

Set up by Jo Long in 2015 following a long career working for a number of brokerage houses, Zen aims to maximise the joy and minimise the stress for owners.

With a fresh focus on selling berths between 15-60m plus, Jo has become a familiar face at Port Vauban and her stellar network of contacts means she is perfectly placed to give expert advice and guidance to newbies as well as experienced yacht owners.

“Zen was born out of seeing how stressful the industry can be for owners,” explains Jo, who moved to France at 18 to become an accommodation agent for major tour operators in the French Alps before switching to yachting. “They might have a beautiful boat which should be enjoyable but from the day a boat is built, they sit and deteriorate in the water unless they are given permanent maintenance.

“People buy and sell yachts all the time, which means berths are regularly changing hands. There can be long waiting lists but I know everyone at Port Vauban and am always there, so captains often seek me out to let me know ahead of time who is selling their berth.

“Most of my intel comes through the grapevine and my network and owners who I deal with also recommend me to their friends. I’m not pushy, people trust me and I’m discreet. And yes, it’s all about the contacts!” 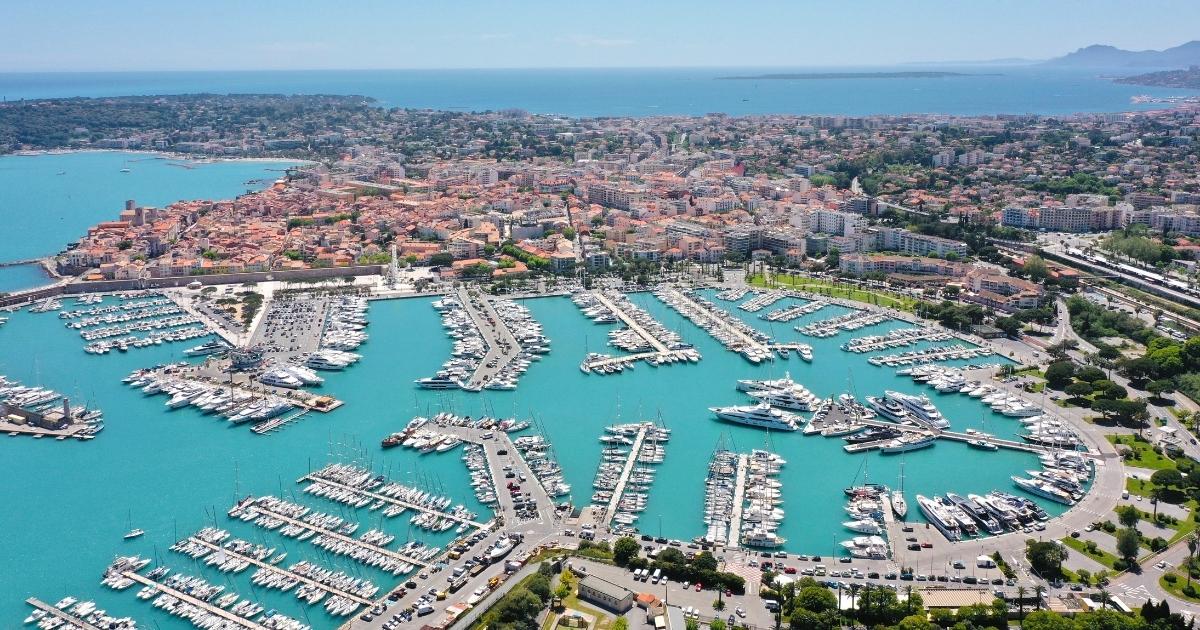 Jo also gained excellent technical knowledge at DS Maritime and Premium Yachts, having run their Ferretti Group department and French territory warranty for several years. A 13 year career spent managing and selling boats segued organically into the berthing arena, and following a stint at Northrop and Johnson, she feels she has finally found the niche she is most at home with.

“Port Vauban is the biggest port in Europe and Antibes has a beautiful atmosphere about it,’ says Jo, who lives nearby in Valbonne. ‘It’s my favourite place in the world. I had a big client base which I built up over the years and decided to set up myself. Business is going great, I haven’t looked back.

“Since I started, I’ve sold over 80 berths in Port Vauban, half of which have been through Zen Yachting. Some berths I’ve sold three times over, each time they come back on the market. I have sold to one client five times.

“I have a few long-standing clients whose yachts I look after but the berthing side has become my main focus and it has been incredibly successful – even Covid-19 didn’t slow things down.’

Indeed, Jo describes the pandemic as something of a wake-up call for the boomer generation who historically have saved rather than spent.

“A yacht provides a very safe environment - people who were new to yachting realised they could be safe on board, away from everyone else. It was also a big reset and a time when people assessed what was important to them and decided that rather than wait, they would spend their savings now on buying a boat.

“I had a brilliant year in 2019 and while 2020-21 were more mediocre due to people waiting it out, 2022 is shaping up to be a bumper year. Things are looking very prosperous for the future.”

The berth sales arena has been further stimulated recently as the traditional 50-year leases, which began in 1972, expired at the beginning of this year. Three years after the CCI (Chambre de commerce et d’industrie) took over Port Vauban, the newly christened Vauban 21 is now selling five, 10 and 21 year berth leases which can be bought directly or via Zen.

“Historically, there were three main berth sizes - 15m, 23m and 30m - and I sold dozens of those,” says Jo. “Now I’m starting to sell bigger berths…I’ve just sold a 43m and 44m berth. It’s a different market – usually you deal with the management company or captain for this size whereas with smaller berths, it tends to be directly with the owner. I’ve also sold around 18 of the new lease berths.

“There’s no doubt that the CCI has revamped the way things are done and modernised it. Everything is computerised now but contracts can still be really complicated, which is another reason to use someone independent and impartial who you trust. I’m very happy to give advice to buyers that is a bit more nuanced on when to buy and at a good price.” 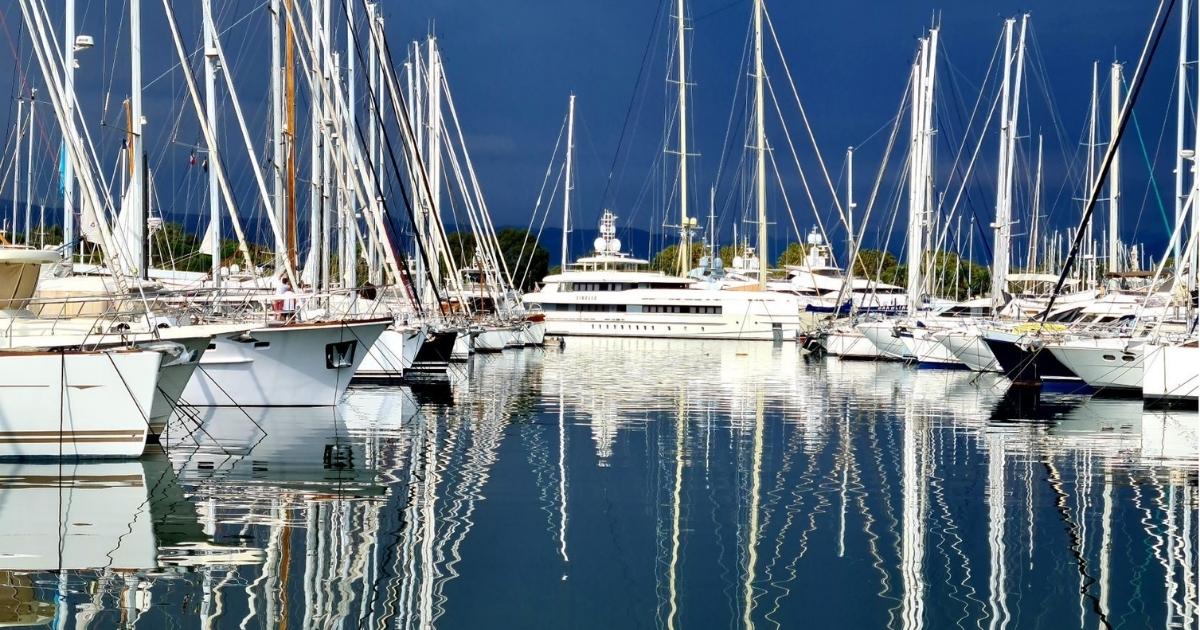 The berth market is currently buoyant and Jo adds: “We are already seeing people who bought three years ago who are reselling. They can’t resell to the port, it has to be through a broker, and I have three deals going through at the moment.

“People resell all the time, perhaps because the boat is being sold, or maybe they don’t want to carry on yachting, or their situation changes. Prime quays like Mole Sud, which now has some 30m plus berths and are in the centre of the port and very accessible, can also sell at a higher price than they were bought for - or at least for the same purchase price.”

Jo’s advice to anyone thinking of buying a berth is to come to the area for a meet and greet, a look around and a heart to heart about exactly what they want to achieve.

‘‘A berth is just a piece of water and it’s strange how attached people can become to it,” she says. “So first and foremost, I like to chat everything through with a new client before anything happens to understand precisely what they want to get out of owning a boat, where they want to keep it and what they are looking for,” she says.

“Port Vauban has a lovely tranquil feel to it despite being in the middle of the Riviera; you have great views and it’s very central, with easy access to St Tropez, Villefranche and the Cannes islands.

“Ideally, I like to meet people to show them around and perhaps even take them to look at other ports I deal with, including Camille Rayon at Golfe Juan, Port Gallice and Cannes and walk them through the entire process. I can also advise on technical matters too.”

After a few rocky years due to changes and the impact of the pandemic on travel, Jo believes there is a brighter future around the corner for yachting. “I think things will settle down again very soon. People want to be here; they are buying berths and they like the security of knowing they have their own berth here whenever they want to come down.

“Many of my clients are businessmen and women who are experienced in yachting and have owned boats for several years. Quite a few have become friends as I’ve looked after them for a long time. Ultimately, this is a pleasure industry where people come to relax and be on holiday and all I try to do is take the stress away for them.”