Charter & Cruising » Introducing Vietnam’s Coast with the Most
« BACK

Introducing Vietnam’s Coast with the Most 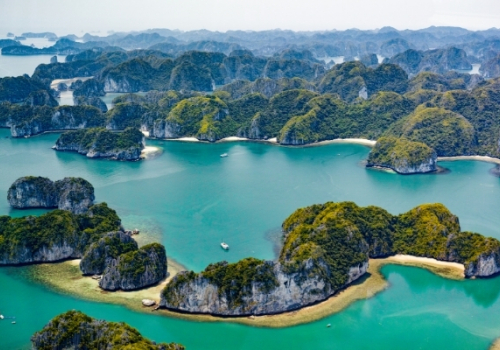 Of all Vietnam’s spectacular coastal enclaves, Ba Ria-Vung Tau is perhaps the country’s most underrated. While long-established beach hubs such as Danang, Nha Trang and Phu Quoc hog the headlines, the southern region has flown under the radar slightly.

But the province is now picking up strong momentum thanks to an array of attractions including world-class golf, acclaimed boutique hotels and some of the country’s best stretches of sand.

Throw in cultural attractions, natural wonders, incredible fresh seafood and easy access from Ho Chi Minh City (Vung Tau city is just 2.5 hours by road and 2 hours by hydrofoil from the southern capital), and you have all the ingredients for a truly memorable beach break.

Ba Ria-Vung Tau is currently rebounding strongly from the damage caused by the 2020 global pandemic with the second wave having been brought under wraps. Authorities are encouraging tourism stimulus packages and promotion policies as well as pandemic prevention and control.

With these measures in place and dry season on its way, there's never been a better time to visit the province. Here are the top five reasons why you should make it your next dream destination.

1: It’s a heaven for golfers

Not only is The Bluffs Ho Tram Strip ranked among the best layouts in Asia, but it's also up there with the greatest tracks in global golf according to the experts, with the latest Golf Digest poll of the "World's 100 Greatest Golf Courses" rating it at #76.

While the highest point of the rugged property is 50 meters above sea level, on the 15th green, one of the most spectacular spots comes earlier in the round, on the short 4th. From there, players are presented with a 360-degree view of the Greg Norman-designed course, of the surrounding national forest that's a haven for wildlife, of the expansive shoreline and The Grand Ho Tram, Vietnam's leading international luxury casino resort.

Other standout holes include the 8th, which plays downhill to a fairway split by a natural water feature; and the tough 18th, an uphill par-4 that makes a fitting conclusion to one of Asia's most exacting tests. 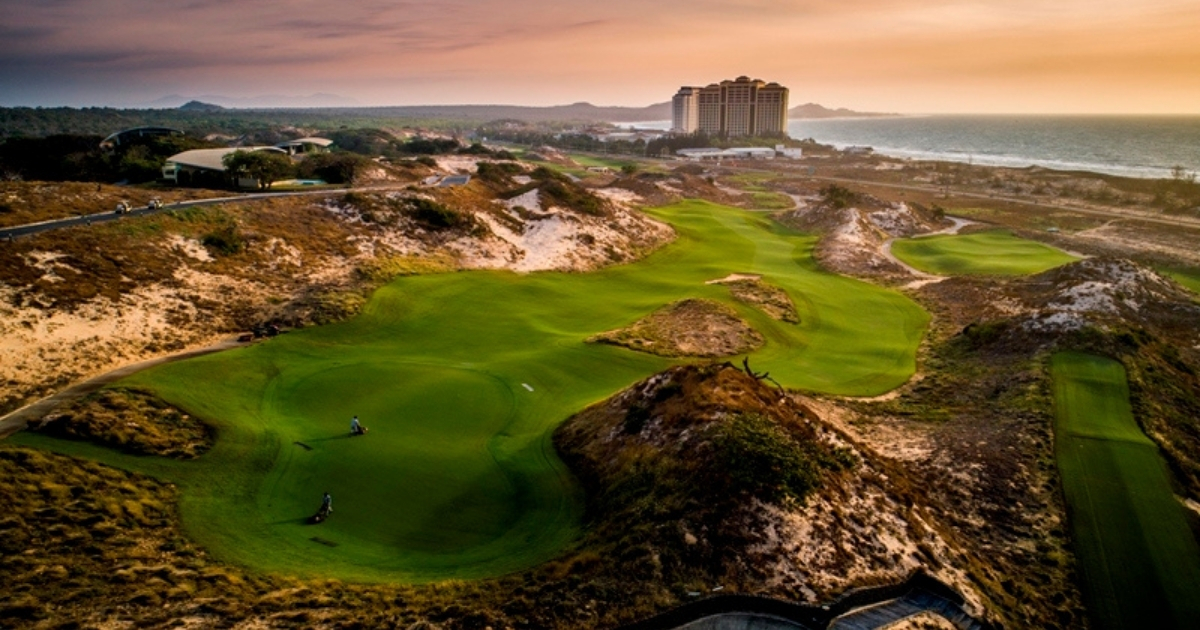 Designed by Australian legend Greg Norman, The Bluffs is rated as one of Asia’s most exacting golf tests

2: The accommodation options are pretty suite

Opened in early 2020, Fusion Suites Vung Tau is redefining hospitality standards in the coastal playground. The new 19-storey property features 171 well-appointed suites and apartments, a multitude of dining options, a maritime-inspired spa, and the city’s only rooftop infinity pool.

Each of the property's suites offers views of the ocean and the historic city and complements the setting with playful interiors dressed in sea green, ocean blue, and a wide range of ocean-inspired hues in between. The same sense of whimsy informs the building's complex facade with pastel-coloured panels that zig-zag upwards.

For dining options, the hotel boasts a restaurant, bar, and market stalls in the lobby. Fusion’s signature ‘Fresh’ restaurant will offer all-day dining, serving up Vietnamese cuisine with a global twist and meals that highlight the abundant local seafood. The roof-top bar ‘Breeze’ serves light snacks as a complement to a selection of cocktails and locally brewed craft beers.

The hotel features a 12 treatment room spa and one therapy is included per person per day. Other wellness services and facilities include yoga and meditation, a fitness studio, a Jacuzzi, and a rooftop pool.

Another outstanding accommodation option is The Grand Ho Tram Strip, a luxury 541-room hotel that ranks among the region’s best golf hotels.

Located on a 2.2km private stretch of beach less than two hours from Ho Chi Minh City, The Grand also features a casino with 90 table games and 500 slot machines, 12 food-and-beverage outlets, a spa offering a range of treatments for golfers, three swimming pools as well as high-end retail outlets. 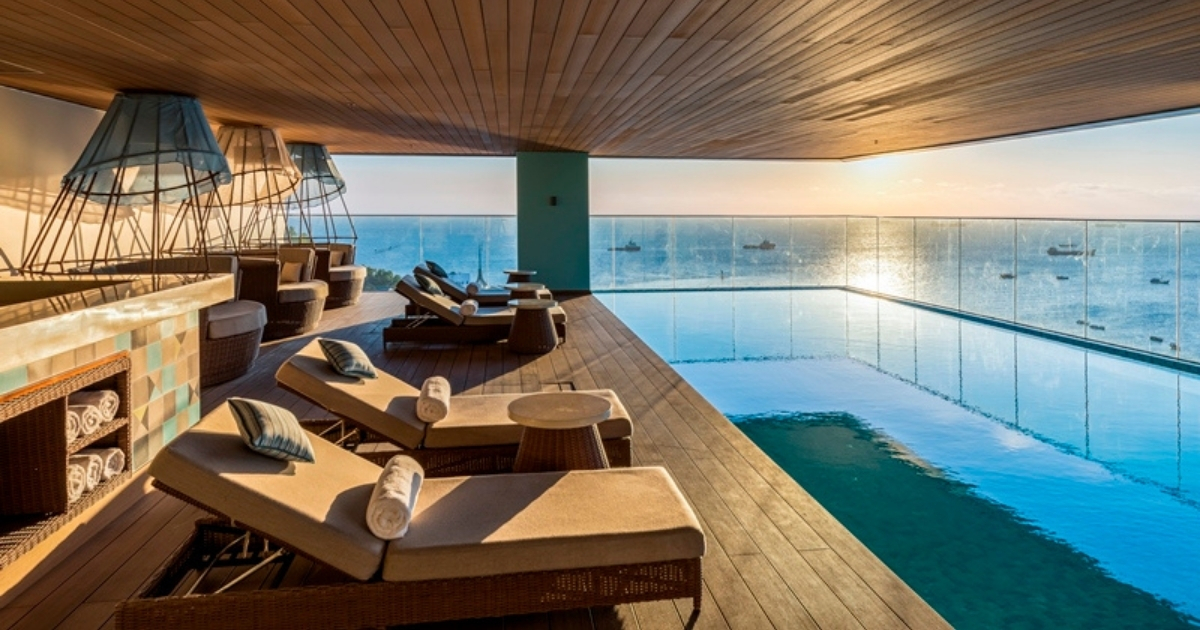 3: There are beaches galore

There’s a beach for pretty much every occasion in Ba Ria – Vung Tau, with family-friendly stretches of sand rubbing shoulders with deserted expanses of prime shoreline.

In Vung Tau city itself, visitors can choose between buzzy, vibrant Bai Truoc (Front Beach) or Bai Sau (Back Beach), which is a little quieter and is popular with kite-surfers due to its steady wind-swells.

Other options near the city include Pineapple Beach (a great sunset spot) and Paradise Beach. Just 15km from Vung Tau city, the charming seaside town of Long Hai offers a peaceful, gently-sloping beach.

The beaches get better the further north up the coastline you go. Star stretches in the vicinity of Ho Tram include Ho Coc and beautiful Sui O, which features a freshwater spring and yellow dunes.

The best beaches in Vung Tau-Ba Ria, however, are arguably the ones in the Con Dao archipelago where crystalline waters lap onto pristine white sands. 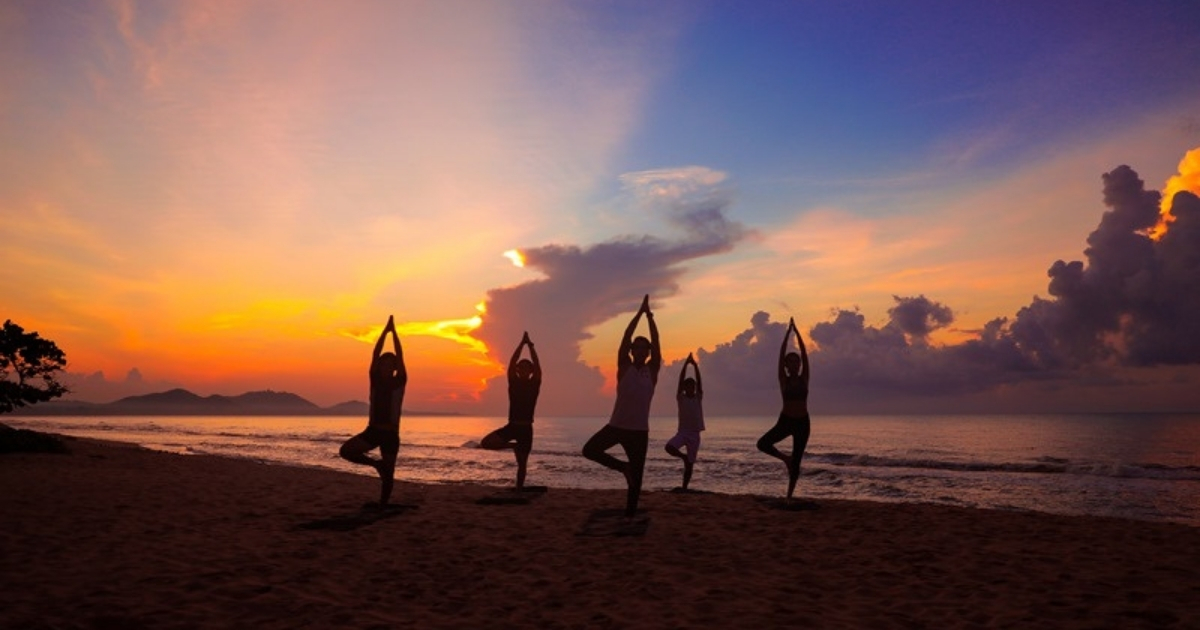 4: It’s a paradise for foodies

For upscale dining, it's impossible to look past the various outlets at The Grand Ho Tram. Pick of the bunch here includes Ginger for Vietnamese and The Grand Bistro for sumptuous international offerings. Also notable is Infinity, the clubhouse restaurant at The Bluffs, which is a hit for its cuisine as well as its tremendous views of the Greg Norman-designed course.

With the bountiful East Sea lapping at its shores, Ba Ria-Vung Tau is legendary for its seafood offerings. In Vung Tau city, locals and visitors alike flock to the legendary Ganh Hao — an iconic eatery that serves delicious fresh seafood that is cooked to order. Also popular is Long Son fishing village.

When visiting the province be sure to try some of its local specialities such as signature dishes like lau ca duoi (stingray hotpot) and banh khot (small circular pancakes filled with seafood like squid or shrimp and topped with green onion and shrimp powder). 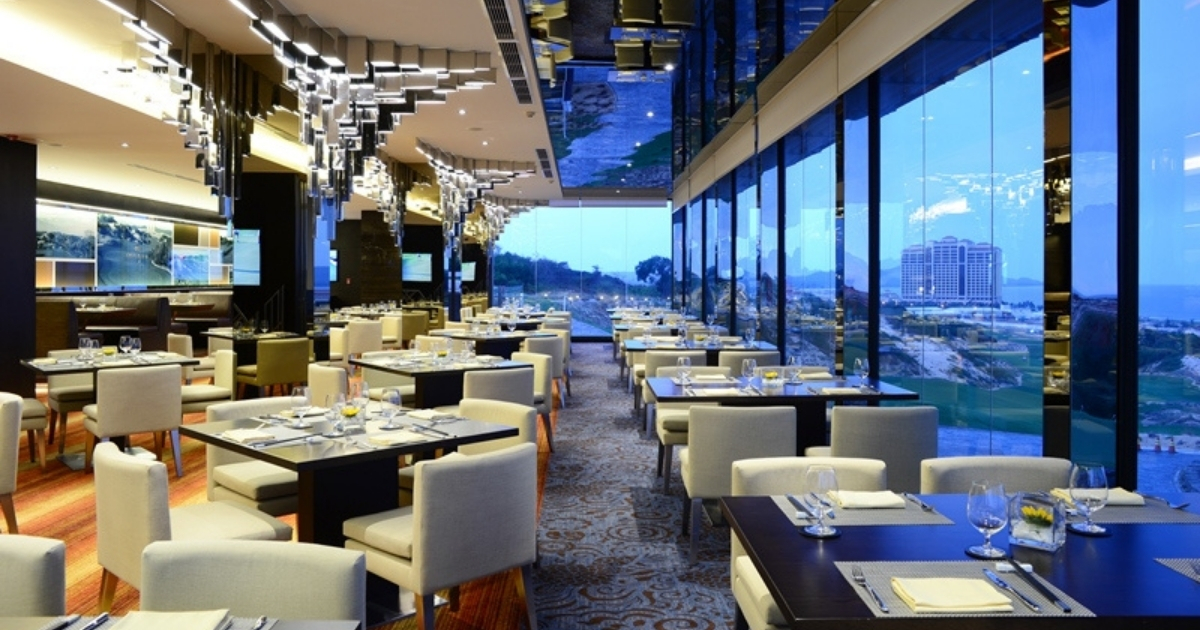 Infinity, the clubhouse restaurant at The Bluffs, is one of numerous fantastic dining options in the region

5: There’s a wealth of things to see and do

Don’t want to go to the beach every day? Don’t worry, Ba Ria-Vung Tau has you covered.

Highlights of Vung Tau city range from active pursuits to pure unadulterated family fun.  One of the symbols of the city is its iconic Jesus statue. Visitors can get up close and personal with Vietnam's equivalent of the famous Christ the Redeemer statue in Rio De Janeiro by hiking to the top of Nui Nho mountain up 847 steps. It's not an easy climb, but the outlook over the city and the coastline are well worth the effort. Equally stunning vistas can be enjoyed from another Vung Tau icon: the city’s French-built lighthouse.

Another elevated attraction worth going up for is Ho May Culture & Ecotourism Park, which is reachable by cable car and features an array of fun rides and activities including bumper cars, rollercoasters and archery.

The province is blessed with outstanding natural beauty. The Con Dao archipelago has some of Vietnam’s best diving and snorkelling opportunities. Visitors can reach the island paradise by way of a helicopter ride from Vung Tau city. Another highlight gifted by Mother Nature is Binh Chau Hot Springs where a dip in the great outdoor pool, fed by the hot springs of the area, improves blood circulation, relaxes the muscles and soothes the nerves. 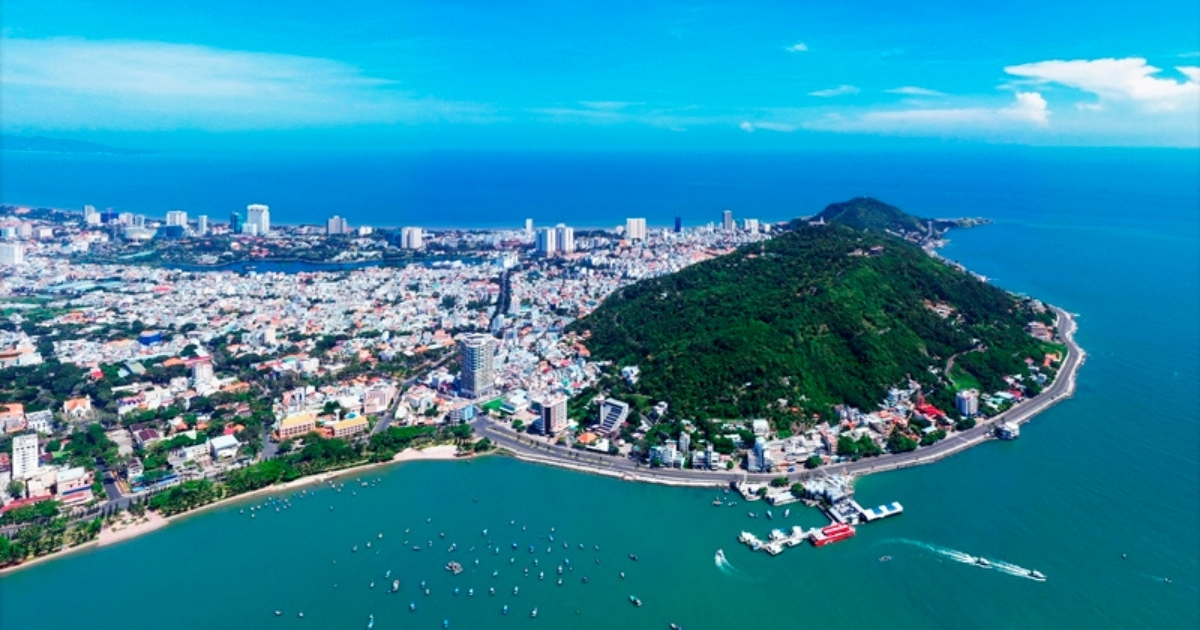