Yacht Charters & Cruising » Costa Rica: the Next Superyacht Haven
« BACK

Costa Rica: the Next Superyacht Haven 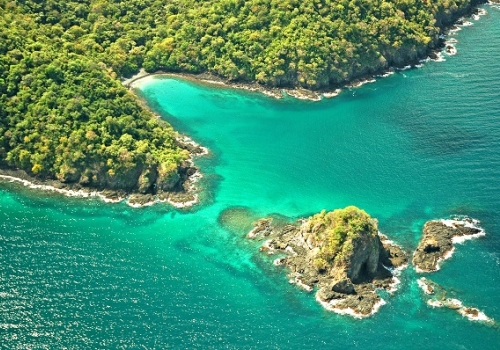 With its incredible biodiversity, beautiful national parks and tropical coastline stretching 800 miles, Costa Rica is an ideal destination for yachting, but for years it’s been bypassed for neighbouring shores due to its restrictive marina laws. However that’s all about to change as this spring, Costa Rica passed a major milestone agreeing to open up the country to international superyacht operations for the first time. The reform will make entry easier and more flexible and enable luxury vessels over 24m (79ft) to charter legally and remain in Costa Rica for up to one year – in some cases, two years – at a time.

The bill, which was approved following a unanimous vote at the Costa Rica Legislative Assembly (Congress), is expected to be finalised and put into operation by September 2021, to the delight of the global superyacht industry. The landmark ruling follows longstanding lobbying by the Costa Rica Marina Association, supported by an advisory board from Fraser Yachts, one of the world’s leading full-service yachting companies.

“Costa Rica is a wonderful, beautiful country but it’s very slow to change,” says Jeff Duchesneau, President of Marina Pez Vela and board member of the Costa Rica Marina Association. “It took a while to get here and I think the pandemic helped. We have the Spanish phrase, ‘no hay mal que por bien no venga’, which simply translates to ‘there’s nothing bad that ever happens that doesn’t bring something good with it.’ I think we’re going to look back at the pandemic and realise it was one of those moments that helped to transform Costa Rica’s marine industry. It forced the country to reflect on what we need to do to grow a new segment of tourism, and we had the opportunity to do that with the new marina law.”

The reformed law has three primary benefits. The first affects private owners. Previously, owners were only able to sail yachts into Costa Rica for 90 days before needing to leave for another 90 days, which was inconvenient, particularly for people visiting for the fishing or tournament seasons, both of which are five months long. “The law now gives you temporary import status, six months from the time you get here, which doubles the time. It’s then renewable up to three times, up to two years,” Duchesneau says.

The law also opens up the country to luxury chartering. “Before the law, if you didn’t have a Costa Rica flag on your boat, you couldn’t do any type of lucrative activity in Costa Rica, including chartering,” Duchesneau says. Now people can get a charter license for one year for yachts of 24m and above. The only stipulation is the vessel cannot be used for fishing as to not disrupt the local fishing industry. 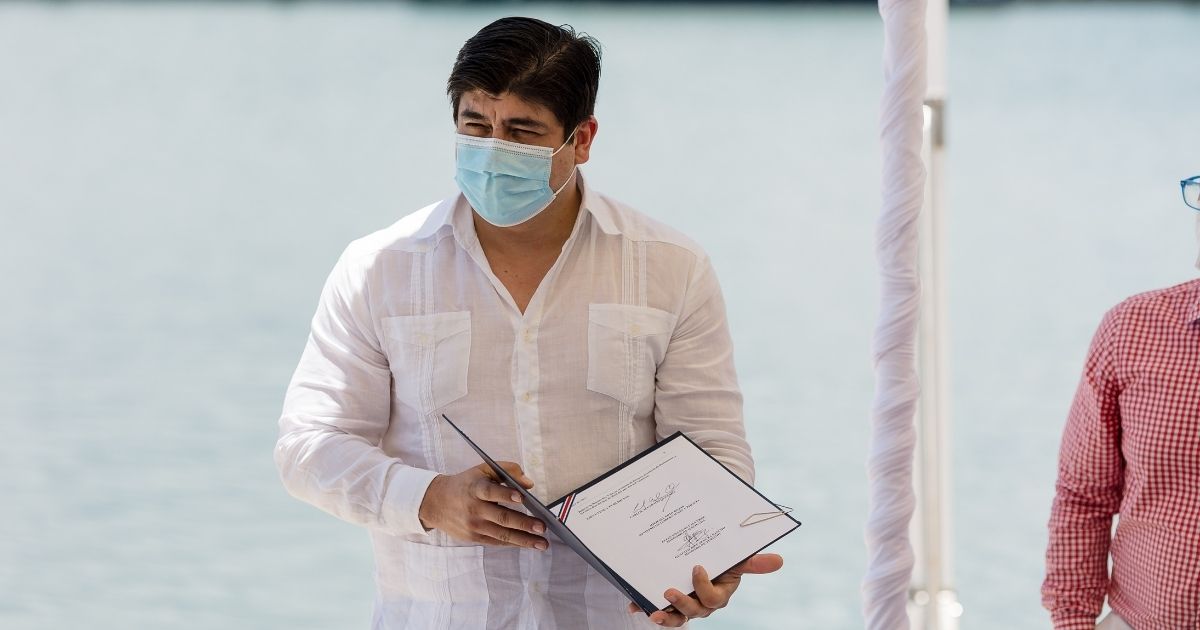 President Carlos Alvarado Quesada of Costa Rica signs the Act for the Impulse of Maritime Docks and Coastal Development on Monday 5th April 2021 which includes the reform of Foreign Flag Charter Activity in Costa Rica.

Another part of the law relates to marinas. Previously marina managers only had a 35-year concession. Now they have a 40-year extension – the renewal periods were also increased from 15 to 20 years. This gives owners and investors more incentive to further develop the marinas, which in turn attracts more yachts.

Duchesneau predicts that the reform will have huge economic benefits for the country. “When these guests - who are spending from $250,000 to $1m a week chartering a yacht - come to Costa Rica, they’re eating at the best restaurants, visiting the spas, buying provisions, hiring help – they have a big impact on the community,” he says. “And it’s not just about the owners or guests. When the yacht’s in town, the crew will be heading out into town, booking the canopy tours and doing expeditions. Everyone benefits.”

While the law is being finalised, the next important step is getting charter yachts – and charter guests – to Costa Rica, which is easier said than done. “It’s a chicken and egg situation because for the first year or so, you don’t know how much demand there will be,” says Mark Duncan, director of marketing and business development at Fraser Yachts. “This happens every time a new area opens up. It happened with Croatia, Montenegro and Greece within the last 10 years.” 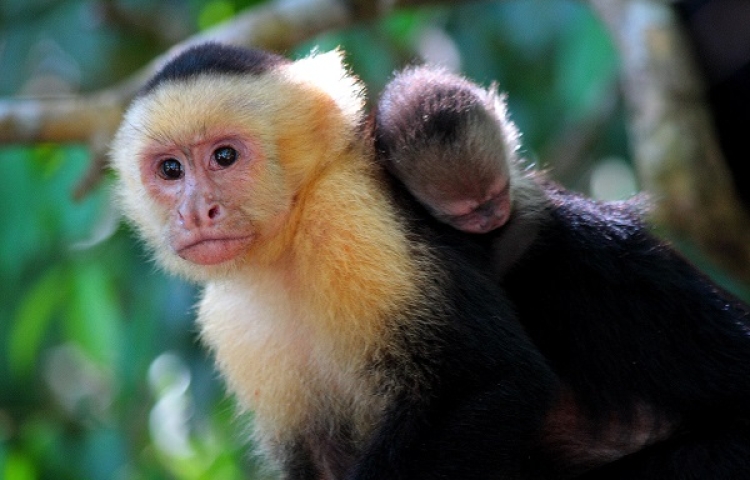 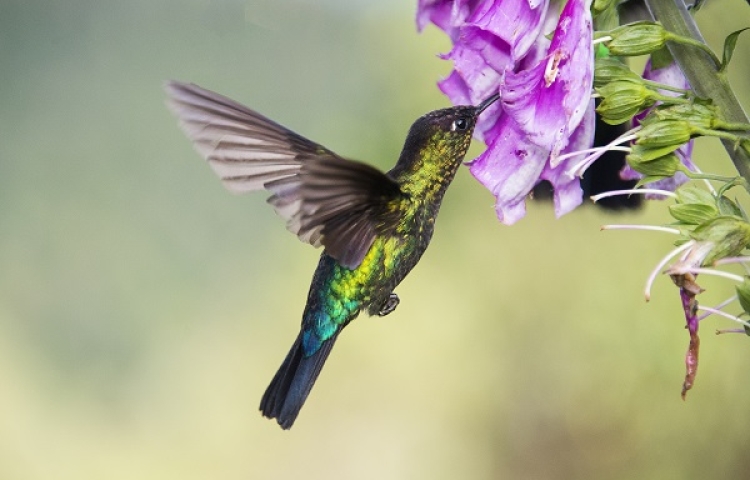 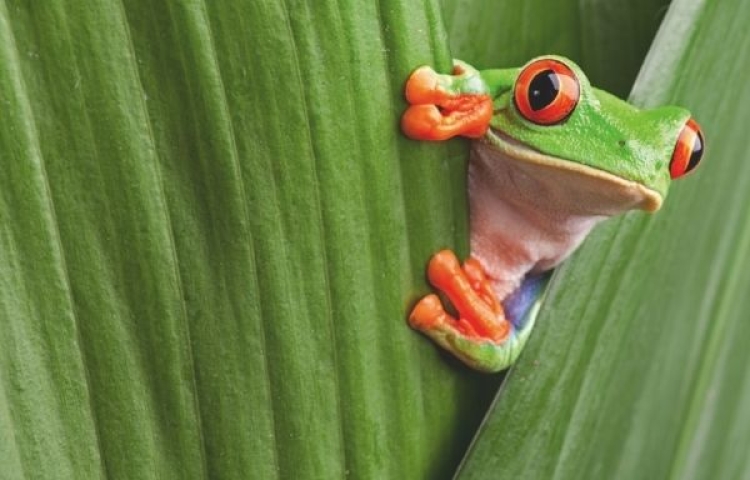 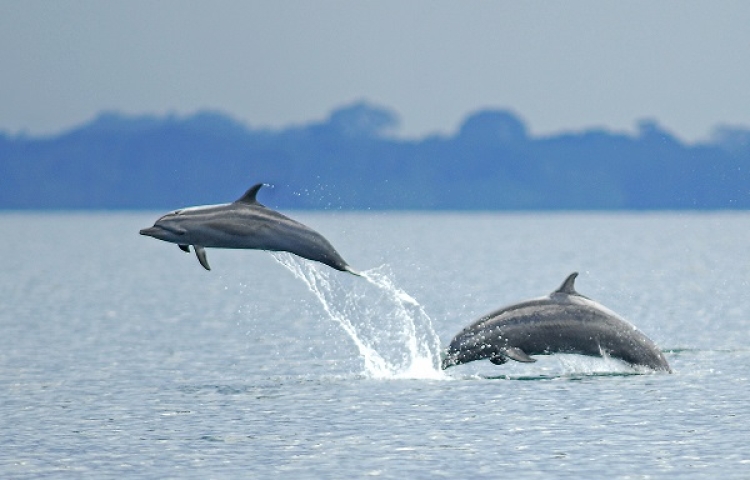 The biggest challenge is convincing owners to stray from their usual routes, Duncan says. “The challenge is getting owners to take boats from the ‘milk run’, where they have a guaranteed revenue stream, and putting them somewhere new where, if there’s not enough demand, they may need to relocate the boat, leading to additional costs. So we have to get the charters to give us the revenue stream we want. But if the boats aren’t there, our charter retail brokers can’t sell charters.”

Luckily Duncan’s team already has strong interest from potential charter guests due to Costa Rica’s unique proposition and it being a relatively unexplored destination. “Everyone wants to be the first to explore somewhere new,” he says. Fraser, having been so involved in the development of the marina law, will be the first company to host an international charter, which is planned for September.

In the meantime, Costa Rica is gearing up to welcome superyachts and their guests with world-class facilities already available across five marinas: Papagayo and Los Sueños in the north, Pez Vela in Quepos, and Bahía Golfito and Banana Bay in Golfito in the south.

“Papagayo and Golfito have lots of space and they’re built for megayachts and superyachts. They can take 350ft yachts on their docks,” says Duchesneau, who manages Marina Pez Vela, which is halfway through a development project and will soon include a hotel and luxury residences. “Here in Quepos, where we have different breakwaters, I can only take a 200ft vessel here, but you can anchor and tender in.” 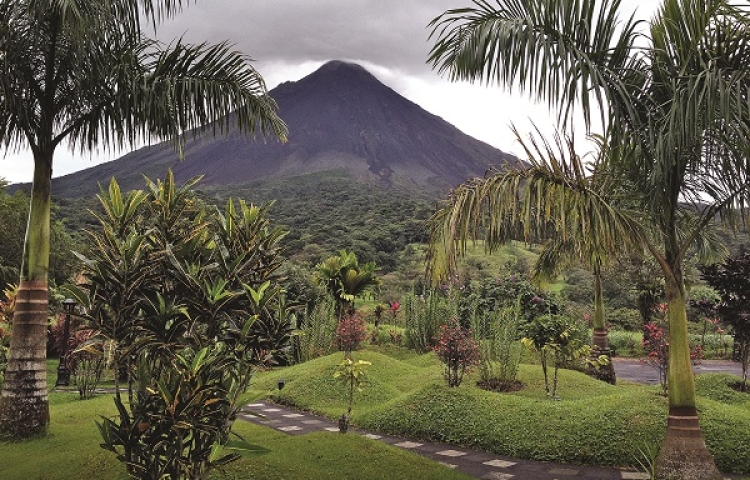 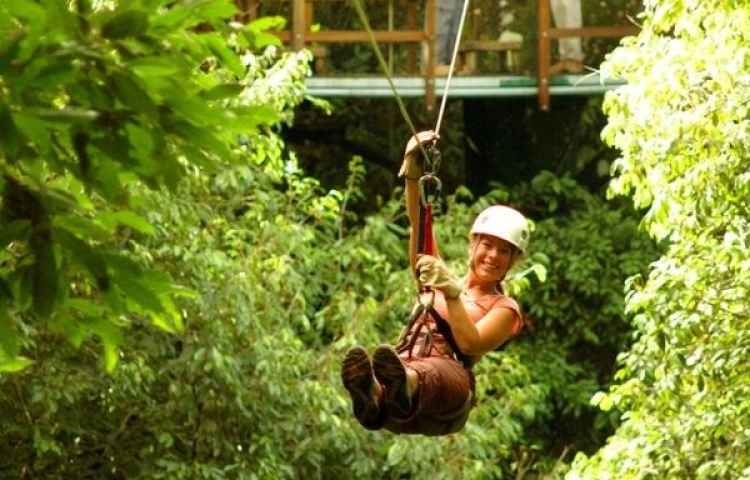 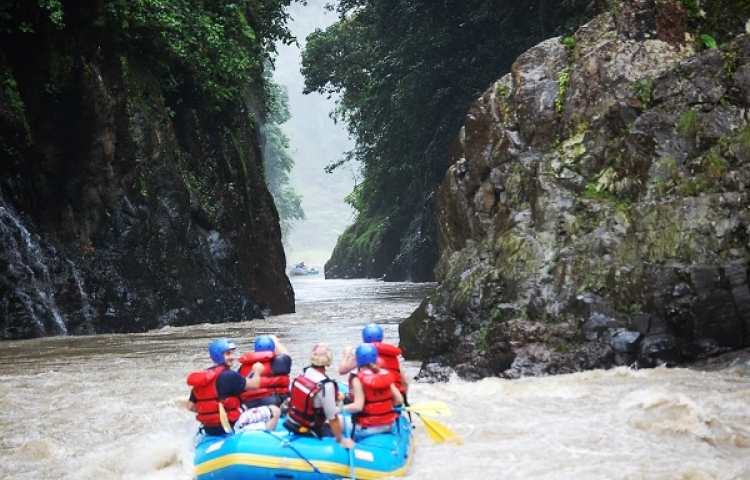 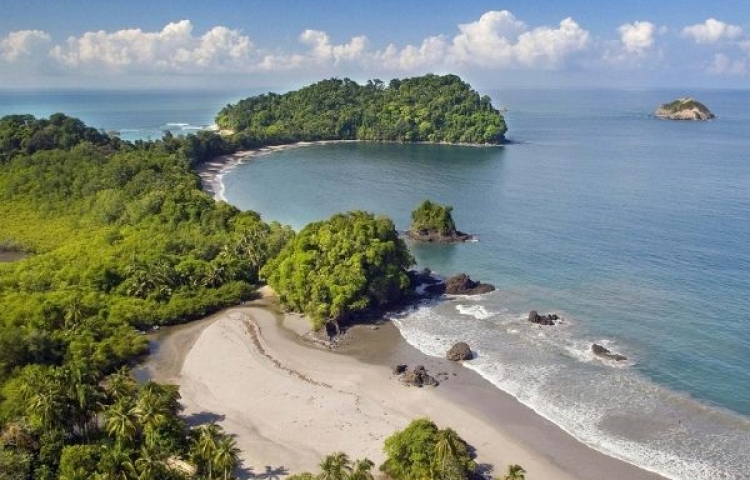 Papagayo is arguably the most famous marina in Costa Rica. “In Papagayo, you have all the accompanying amenities and infrastructure with the Papagayo Peninsula and the Four Seasons, and Liberia International Airport where you can park your private jet,” he says. Meanwhile Golfito in the south is the first stop coming through the Panama Canal, making it a prime layover point before head back through the canal to the Atlantic.

While the north is more typically ‘luxurious’, the south offers a different experience in itself. “It’s untapped jungle,” Duchesneau says. “You won’t have all the services and facilities in Golfito, but you are almost off the grid, with jungle all around and natural wildlife. It’s an experience.”

Off the dock, there’s plenty to discover across Costa Rica, which is a world leader in conservation and sustainable tourism. The country is home to more than 6% of the world’s biodiversity, which visitors can discover at its 32 national parks and wildlife sanctuaries. Gustavo Segura Sancho, Costa Rica’s Minister of Tourism, says: “Whether you are in search of epic hikes in our nature reserves, adventure zip-lining over verdant rainforests, exploring our mountains and volcanoes, discovering our vast array of wildlife or swimming, surfing, sports fishing or diving in some of the clearest blue waters of the Pacific and the Caribbean, or simply relaxing on any of our golden or white powder beaches, we know you are going to appreciate our famous ‘Pura Vida.’” 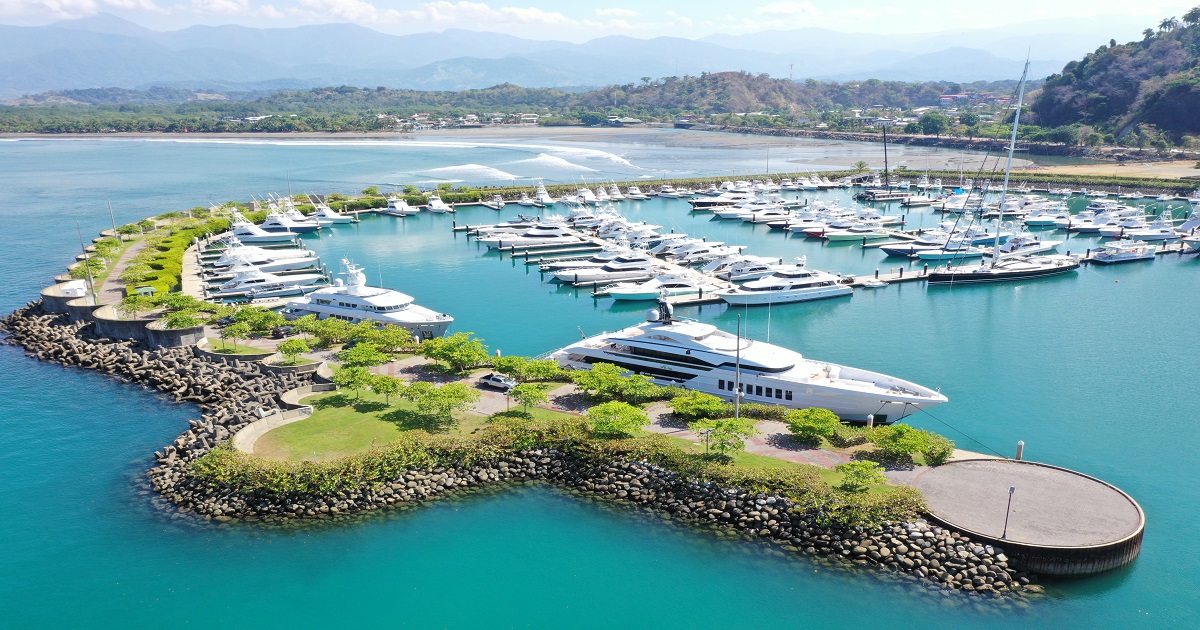 Meaning ‘pure life’, Pura Vida is Costa Rica’s national motto. It’s the perfect way to summarise a country whose culture is built around community, nature and wildlife, and it needs to be experienced to be truly appreciated. “Opening our country and our waters to foreign-registered charter vessels above 24m is an important step in enabling you to experience the nature, the lifestyle and the people that make Costa Rica unique,” says Carlos Alvarado Quesada, President of Costa Rica. “Whether you join us as a family or as a group of friends looking for adventure, our country has so much to offer on land and at sea.”

Costa Rica may not be the first destination that springs to mind when thinking of a superyacht haven, but neither was Greece only a few years ago. And for adventurous travellers seeking an experience off the beaten path of the French Riviera to the Caribbean, there’s nowhere on earth quite like it.