Yacht Charters & Cruising » A Tale of Two Islands
« BACK

A Tale of Two Islands 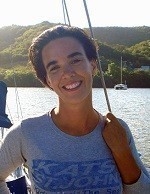 Two Caribbean islands, 24 miles apart. Both are about the same size. Both are steeped in history – rich with colonial European architecture, 17th century forts, and pirate lore.

Only when travelling from one to the other is the difference marked. One island is a busy haven for the super rich; the other is a ghost town. Why? Because one is at the beginning of a supply chain and one is at its most decadent end.

Through the decisions of distant foreign governments, St. Barthelemy has ended up with the long end of the stick of tourism; St. Eustatius gets the very short end.

The busy post of Gustavia on the island of St. Barts caters to mega-yachts. The behemoths fill the slips outside of the post authority office. The 100+ footers, too big for the slips, anchor out in the deep water just beyond the mooring field where dozens of mid-sized yachts roll with the winter swell.

St. Barts is manicured and quaint in a studied way. Hundreds of shops and restaurants line a central channel ranging from tiny boutiques offering unique treasures to the showrooms of the major design houses of Europe like Dior, La Perla, and Cartier. I was amused to see a burnished leather hammock with 24k gold hardware displayed in the window at Hermes for a mere $20,000. Yes, I’m referring to a hammock, the thing you sling up between two palm trees to keep your bottom out of the sand.

The government of St. Barts is French and so is the language. I enjoyed practicing my language skills on the local shopkeepers and servers. My traveler’s French was met with politeness but rarely with friendliness. I couldn’t help but feel that helpfulness was reserved for people with more visible wealth. The boater’s services also seemed designed for those who could afford a middleman – clean and well run but with little access to self service facilities. We were politely but firmly asked not to use our row dinghies in the port because non-motorized vessels were deemed hazardous. The fuel docks proudly proclaimed a pump pressure of 250 liters a minute! At that rate, we could fill Hanuman's little diesel tanks in a matter of seconds, if she could handle the pressure, which she could not.

Once we had our fill of feeling begrudgingly tolerated on St. Barts, we turned to our cruising guide to find someplace off the beaten path. St. Eustatius also known as Statia stood out as such a place – a lush volcanic island with hiking, a marine park, and a lot of historical interest. We set sail in 16 knots of wind and made the island in a little over four hours.

We had read in our guide that there was an American oil refinery on the Dutch island but we had no idea how prominent this facility would be. We spied the long industrial fuel loading dock and tanker terminals from two miles out. Tanker ships dotted the waters and tugs busily piloted them in and out of the dock. We changed course to round the facility and then cut back into shore to the only anchorage on Statia. With our arrival, the number of private boats in this port equalled exactly one. We were the only visiting boat here!

After picking up a mooring ball we rowed into Oranjestad just as heavy rain began to fall. I checked in at Customs and Immigration while my crew ducked into an indoor/outdoor bar nearby. Spanish music filled the air and happy local people drank beer and munched pates while kids tangled around their feet. Check in was casual and I noted that the maximum allowable stay was 6 months!

I caught up with the crew at the bar. A local dive guide named Vincent had engaged them and was spinning some mighty tall tales. We asked about the lack of yachts and were told that the refinery had destroyed any chance for tourism on Statia. No high-end tourist wanted a visible reminder of where the 10,000 gallons of fuel that their motor yachts carried came from. Despite the protests of the local Statians, an unsympathetic government has leased the land and sea rights to American oil interests. What was worse was that this oil company provided no local jobs. All the staffing was contracted and foreign.

The next day when we toured the town, we saw more evidence of the local devastation. The people were wonderful and genuinely friendly. There was a real sense of community.  Archeological ruins, cobbled streets, and historical buildings were everywhere. The scenery and towering volcano shrouded in cloudy mists was breathtaking. Statia had many of the ingredients for a popular tourist stop but half of the businesses were closed or out of business. It conjured up a feeling of a ghostly and abandoned place. A place one sensed was doomed.

On our final day on Statia we hiked the Quill; a 2000 foot climb to the rim of Statia’s dormant volcano. In the lead was our trail guide Crank- a mutt about town loosely attached to Dive Statia but clearly his own dog. He had been leading us around town for days. Crank showed us the shear drop into the thickly jungled caldera and led us up climbing ropes (Crank didn’t use the ropes) to the panoramic outer rim.

From this view point we could see the entire island laid out below us. Huge Atlantic waves crashing on the Eastern shore and tiny Hanuman anchored on the Western shore. Like a scar across the middle of the island were the giant oil tanks of the refinery. Perched in my rocky crow’s nest among the clouds I reflected on my experience of St. Barts and of Statia. Being up so high gave some distance to my reverie.

I thought about the ruins of the slave roads and the plantation houses, now just remnants labeled as 'quaint' in the tourist brochures. I include myself in the forgetfulness of the reality of these places when I’m sightseeing. In truth, these changes are glimpses into the heart of greed. It made me wonder if the tanks and docks of the oil company would too be ruined curiosities in 300 years time.

It is a reminder that sometimes to create beauty and ease in one world we create ugliness and hardship in another. Let us hope that all of the world returns to a place of balance. A place that everyone can enjoy equally.

Currently, I cruise full time on my 47 foot ketch Hanuman with my loving soon-to-be husband Fuego and my son Buck. We are on our way around the world with extended stops here and there. This is a leap of faith. We expect this journey will take us many years to complete, and when it’s done, we may just start all over again.

In a previous life I have been many things, including an art school dropout and a runaway punk rocker on the streets of San Francisco in the 80's.  I also worked at Burning Man where I met my fiancé, and owned 12 Galaxies, one of the hippest nightclubs in America in the early 00’s.  Other incarnations were a principal dancer, an internet front end developer, and founder of Yoga Mob, a yoga organization that pioneered donation based wellness services in America.

*Photos courtesy of the author, Wikimapia.org and Wikimedia Commons