Yacht Charters & Cruising » A Charter Season Like no Other
« BACK 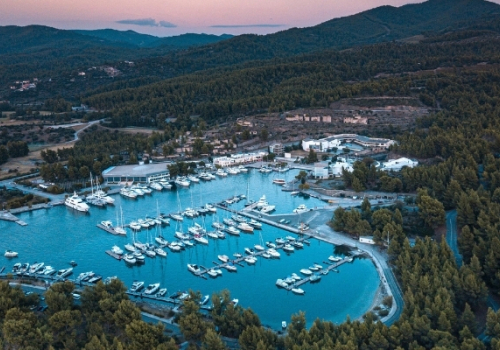 In a yachting season best described as ‘expect the unexpected’, even seasoned industry professionals are still finding plenty to be surprised about. “New England historically hasn’t been the giga yacht capital of the world,” explains Renaissance Captain Douglas Meier down the line from Florida. But, this summer, the north-eastern region of the USA was “packed with parked giga yachts,” he exclaims. Or as Forbes puts it, staycations made New England the new hub of the superyacht world.

As COVID-19 spread across the world, much of the global yacht fleet was approaching the end of their season in the Caribbean. Just like the Cannes Film Festival and Monaco Yacht Show, Atlantic crossings were cancelled and ports and marinas on both sides of the USA found themselves unseasonably busy, with a captive audience. At the time of talking to OnboardOnline, Douglas was fielding charter inquiries on a daily basis. “The phone has rung off the hook,” he says. “People have had enough. They can’t go to Europe, they can’t do their normal thing. But they need to get out of the house.”

It was always going to be impossible to predict what summer 2020 would look like – or whether it would happen at all. And, while there’s no doubting that the USA has been hot property, there were still yachts in the Mediterranean and clients looking to charter them. OnboardOnline spoke with industry figures on both sides of the pond to review a season like no other.

“Nothing Short of a Miracle”

“The summer charter season was nothing short of a miracle to pull off a charter,” says Graham Sullivan, charter broker with Worth Avenue Yachts who splits his time between Monaco and Florida. “With COVID-19 at its peak, clients were very apprehensive about travelling but soon realised that bubble yacht charters were the only safe way to enjoy your summer in a very odd year.” He managed to execute 10 charters with much success, working hand in hand with captains and crew to ensure guest/crew health and safety. “My European clients chartered in the Mediterranean and my American clients in the Bahamas and New England,” he added.

In Monaco, the YACHTZOO team called the 2020 charter season a “challenging one”, where the constant changes in local regulations significantly affected the travel industry. Like Graham, their European-based clients stayed local, cruising mainly Greece, Croatia, Italy and Corsica. Interestingly, their American clients chartered in French Polynesia.

Another Monaco-based charter broker, Jacqui Lockhart from Camper & Nicholsons said, “It was a busier season than expected.” Like many, Jacqui’s client base is not exclusively European. “I have done several charters in Rhode Island for clients who are New York-based. Normally they would have come to Europe,” she explains. She also managed several bookings for new clients based in the US. “After several months in confinement they were willing to give it a try,” she says. 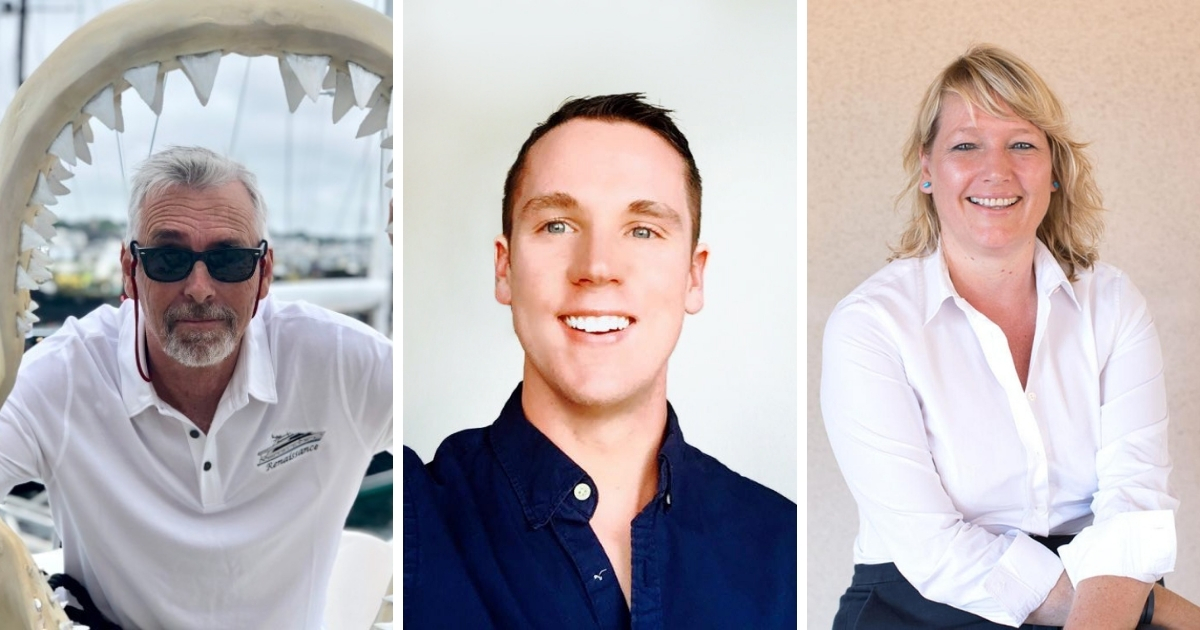 As reality dawned, the industry was quick to send out the message that a yacht is a safe, secure and socially distanced mode of travel, a narrative used by brokers themselves: “I ensured health and safety protocols for my clients. All crew and guests were tested prior to the charter, provisions were disinfected, and cruising included mostly isolated islands and beaches to enjoy isolation and solace in complete luxury,” Graham explains.

Some went further, such as Northrop & Johnson (N&J) who, in early June, published an ‘Ultimate Guide for First Time Charterers’ in response to an “influx of inquiries from first-time charterers looking for new and cautious ways to travel” from around the world. One of the topics addressed was “What are the cleaning procedures on the yacht, both before we arrive and while we are on board?”. N&J’s partnership with NetJets was also emphasized, providing a private travel corridor from the client’s front door to the yacht passerelle.

Aboard Renaissance, Douglas agrees that the united front presented by the charter industry has been appropriately strong and reassuring. “We’ve done some very aggressive steps towards making sure the boat is COVID-free,” but he cautions that, in reality, the steps taken really came down to the discretion of every boat. “Every yacht is owned by an individual who has a different opinion on COVID-19 or what he wants to do,” he says.

N&J’s Marketing & Communications Manager, Janine St Denis, confirmed that many of the first-time inquiries it reported were in fact converted into bookings.

Douglas reports that it has been an even split between experienced and first-time charterers this season. “My last trip came up in four days and they had never been on a yacht before,” he says. “They picked up the phone and said we want to charter a yacht and not get off it, which is exactly what we did. We cruised the islands off the Florida Keys and, at the end of the trip, they wanted to extend three more days.” The party never stepped foot onshore once, he adds. “They wanted to be safe.”

But not everyone saw an increase in new charter clients this season.

At Worth Avenue Yachts, two of Graham’s 10 charters were first timers, a figure he says is a big reduction compared to a usual season. “They didn’t know what to expect, given the circumstances,” he explains. The team at YACHTZOO had a similar experience, saying, “Most of the charters this summer have been booked by existing clients and a few by first-time charterers.” 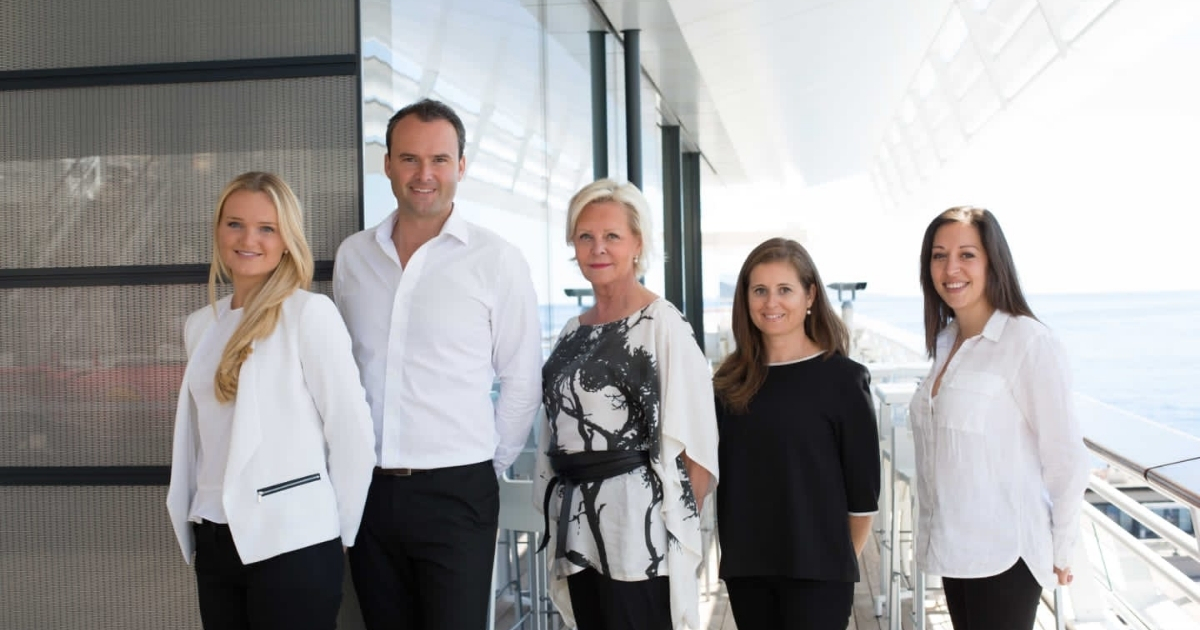 Camper & Nicholsons reported that younger families were the most prominent demographic this season. “It appears that our older clients have definitely chosen to sit this one out, although we have no official way to measure this,” Charter Marketing Director, Sasha Williams, said.

The YACHTZOO team handled mostly family charters too, one of a few trends they noted, saying, “A good number of clients wished to reach their port of embarkation by car to avoid travelling by plane. Also, guests tended to stay on board and provisioning was mainly done before embarkation to avoid going ashore during the cruise.”

Jacqui also noted that owners were using their yachts more than usual this summer which impacted the availability of charter yachts. Similarly, Douglas reports that despite initially saying they were not going to use Renaissance this summer, the owners relented. “They told me they had had enough,” he says.

This pent-up demand is also evident in strong yacht sales across the globe. According to Boat International, 32 yachts sold in August 2020 compared to 19 in 2019.

“Many who have previously chartered are now taking the decision to secure their own space on the water and buy their first yacht,” says Mark Duncan. Fraser’s Director of Marketing & Business Development adds that the brokerage is leading a “surge of yacht sales since March as the benefits of owning your own space resonate with buyers.”

In recent months, Fraser has sold 27 yachts up to 75m in length alone. “Digital marketing has been key throughout the pandemic, and its benefits are evident - two of our sales were made purely on the basis of video calls,” he adds. 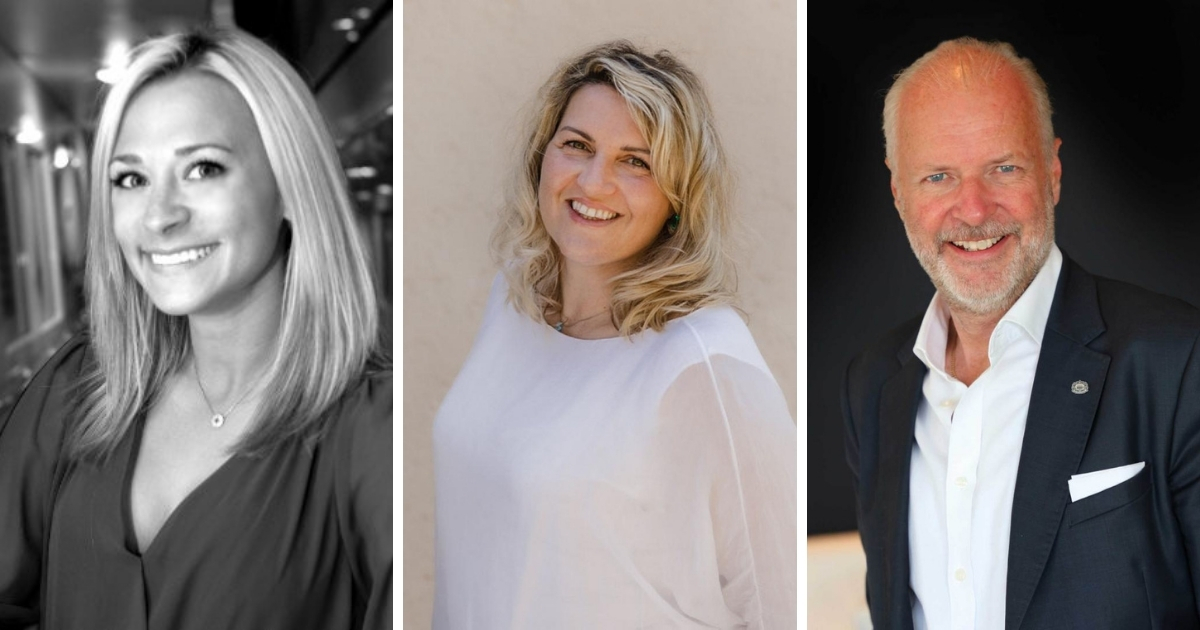 For Douglas, as long as people can travel freely next year, he expects the Mediterranean to be as popular as ever. “I think we’ll go back to normal,” he says. But new hotspots have emerged in this extraordinary year. “Places like the Florida Keys, where charters don’t usually go, will probably benefit from a 20 to 30 per cent return rate,” he believes.

Having only just confirmed a two-week charter in the Tuamotu Islands in French Polynesia, Jacqui agrees. “We are definitely seeing an increase in requests for more remote destinations like the Indian Ocean and the Pacific.”