Radiotech of Monaco Evolves into Skytech Research of London 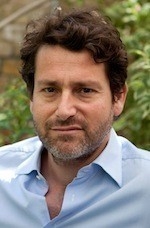 Driving from Rome to Monaco is not a gratifying experience until you leave the A6 and catch the breathtaking view of the Principality, prior to your descent to the coast. Back in 1996 Monaco did not have the Grimaldi Forum, the Monte Carlo Beach and many other more recent buildings but, still played host to a number of cruise ship operators and management companies, serving as a hub for Mediterranean cruising operations, from bulking to toilette paper.

Federico Zarghetta was called here from Rome to lead a consortium of ship-owners to create a European platform for voice, fax and data communication to rival the more expensive alternatives available back then. In the vibrant environment of the Principality of the late nineties, things moved fast. There was a commitment to develop marine communications and technologies and Radiotech was at the core of a number of technology rollouts: GSM, Inmarsat BGAN, Thuraya and VSATs. This lasted until the big purchasing spree by the American cruising companies, who bought up most European cruise ship operators, including Costa Crociere, with a deal struck in 2002 resulting in the return of most satellite communication services to the US.

At that time, Federico spotted another market dynamic that was developing in the yachting industry: with Internet becoming more and more a necessity ashore and at sea, more customers started to explore the options, as sizes and prices of equipment started to decrease, thanks to innovation and broader use. Radiotech responded by conceiving a successful streak of new broadband Internet solutions for yachts between 24 and 60 meters, soon positioning itself as market leader in this segment. In the meantime, Monaco also started to change. The people and the atmosphere had entered a new chapter following the death of Ranieri III, His Serene Highness and Sovereign Prince of Monaco. The international standing of Monaco also decreased in light of international money laundering legislation, which penalized the role of Monaco in the European economy. Things worsened with the financial crisis in 2008, which hit the yacht-leasing industry hard, reducing the number of new yachts being built in Europe to a fraction. After 12 years of double digit growth the market would not quite recover to its pre-crisis levels.

In the meantime, Radiotech had focused its attention on the Oil & Gas sector where the exponential growth of deep-sea prospection and drilling had increased the need for Broadband Internet and Entertainment onboard service vessels and offshore platforms. Since 2009, in cooperation with Marine Technologies, Radiotech has designed smaller, lighter and more powerful antennas. As an example, through the use of carbon fiber, customers have been able to stop using expensive cranes for installations. Also, due to the lower weight, maintenance costs have decreased for all moving components of the antennas. For these reasons and more, the joint effort with Marine Technologies was a success and it now counts over four hundred active installations with global customers in the US, Brazil and Singapore. This success brought new challenges for Radiotech, for instance, achieving type-approval with ANATEL, the certification agency for telecom equipment in Brazil, which is the hardest to attain in the whole industry.

With experience and better cash flow, the product range has since grown to include antennas from 80 to 150 centimeters, built in carbon fiber or aluminum, with two and three axes. Thanks to the product range available, the partnership of Marine Technologies-Radiotech is now a market leader in Oil & Gas.

At this point, Federico Zarghetta, inspired by Mark Twain’s quote “Whenever you find yourself on the side of the majority, it is time to pause and reflect”, decided to look again at the most promising technologies for future years and found that prices and sizes of phased-array panels where now decreasing. He studied their field-use in military applications and decided to put together a team that could develop the technology further, for use in the marine market for both professional and leisure applications. Realizing that Monaco could no longer offer the pool of skills required for this project, he looked to other countries in Europe for the R&D, as well as marketing, to launch the next generation of marine antennas. The United Kingdom seemed to fit all the criteria. With a strong tradition of Communications and Shipping as well as an international and well-trained workforce, London was selected as the hub of the new strategy for the group. Benefiting from a first class infrastructure for setting up and managing businesses, just over a year ago Federico incorporated Skytech Research (http://www.skytechltd.co.uk) with offices in a suburb southwest of London. The marketing of the new generation phased-array antennas is now based here and the company plans to grow in the UK while maintaining its research and development facility in Rome, Italy.

The views from his headquarters may have changed since the days in Monaco, but Federico and the rest of the team are feeling positive about the future of the business, which can now leverage on its international presence. “We miss Monaco but the challenge of becoming the leading brand of phased-arrays antennas globally is thrilling and energetic. Monaco remains our service point for the Mediterranean Sea as well as our preferred holiday escape for making up for the sunshine we miss here in the UK”.