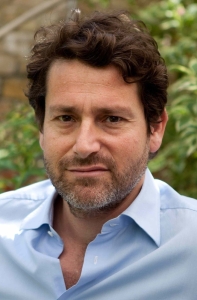 There is no mercy for overworked, underpaid yachting professionals. Not with the VSAT world in turmoil over the upgrade to the new generation of satellites working in Ka-band, as opposed to the current Ku-band. Already, the on board Internet systems weren’t popular with many of you, because of the many issues generated by so little equipment. In fact, Internet has often been considered the bane of on board sub-systems, with its bundle of coastal, Inmarsat and VSAT equipment looking more and more entangled in cables, modems and switches.

Jumping to the rescue, if we embark on a comparative study of on board Internet systems with the Superyacht Big Brother, namely the commercial shipping sector, we could hopefully shed some light on what the best setups for the leisure market should look like. In the last ten years the predominant technology for broadband Internet connection has been VSAT (Very Small Aperture Terminals), a system composed of one or two stabilised satellite antennas around one meter in diameter, their under-the-deck control units, their modems and the paraphernalia of cables and access points to spread the connectivity around the vessel.

Yet this technology comes with a long patient leaflet: the systems are not truly global, despite vendor terminology, with this year’s prize going to “near global regional roaming coverage”! If you move around the different continents, someone will have to come on board to change a part of your antenna and perhaps also your modem and contract. In addition, like some of the guests on board, the VSAT antennas get annoyed by heavy clouds and rain – just what you need when your guests have nothing better to do than check emails and surf the Web. Another widely reported problem with VSAT systems is the size and weight of the antennas. While it has been reduced by smaller and more advanced antenna manufacturers, in some cases they still require a crane for installation, hence the expression: “the elephant on the mast”.

This may leave you wondering why this technology has been able to surpass other competing standards such as Inmarsat and the likes. Well, the benefits of VSAT are speed and the service levels it provides, usually offered in monthly flat-fee packages. It can allow unlimited browsing, streaming of multimedia (videos, music, etc.) and even videoconferencing. In the 1990s you would have needed a good mortgage broker to buy some of these service packages but, in more recent years, prices have come down to earth a bit and competition has opened up quite a lot. In the meantime, Inmarsat and the more recent KVH MiniVSAT services still resemble nights out on Pepsi, as they provide little satisfaction with regard to speed and costs.

So, VSAT remains the preferred broadband technology on board. Does that mean you proud owners out there can finally open that bottle of Sancerre and relax on the sundeck while all the guests are entertained by the Internet, and the boss is happily receiving the on board telemetry and fuel consumption and the latest accounts? Unfortunately, that’s not quite the case just yet. Did you not know that it’s upgrade season in VSAT? In a typical “Big Pharma” move (to replace an expiring patent with a new medicine), the Satcom Industry has stepped up the conspiracy against on board professionals by announcing a new technology called Ka-band. While the chips were down for Ku-band, the major satellite operators have started to launch a new generation of satellites promising smaller, faster, better on board broadband systems, comparable with 4G cellular networks. And to their credit, some of the new technology up there, 36,000 kilometres above our heads, is quite smart these days. It offers some measurable benefits, like adjustable spot beams to provide more tailored coverage according to usage patterns and generally an enhanced performance over the good old wide beam Ku-band.

A promising system in this sector is the Inmarsat-5 Global Xpress technology due to roll out in 2014. On paper it looks very sexy, though it may take some time to be rolled out globally.

Going back to our comparative effort with the world of commercial vessels, it looks like the majority of fleet operators are wringing their hands at the arrival of this new technology, which of course they will not adopt until thoroughly debugged and proven. What they are expecting though, is the potential for price reduction in the cost of conventional Ku-band connectivity. Updating you on the general consensus registered at the leading international maritime trade fair in Hamburg, SMM, it looks like they will stay within the boundaries of the known technologies, reaping the benefits of the upmarket competition, courtesy of Inmarsat PLC, at least until 2015. But that is just a piece of the pie, as there is going to be a flurry of Ka-band offers from other satellite providers that are currently dispensing Ku-band services. The opinion of the oil and gas fleet operators seems to be that these services will not immediately have the broad coverage required by maritime customers, with the services being currently aimed at land-mobile applications. They also point out that the Ka-band behaves even worse than Ku-band in rainy and snowy weather conditions, which is a bit of an anticlimax for offshore prospecting and drilling vessels, operating at sub-polar and tropical latitudes.

What could happen though is that fast-to-market innovative antenna manufacturers will come up with dual-feed technologies which will allow the customer to switch between the two bands, offering seamless broadband Internet to professional and leisure customers alike.

So what should we take home? If you are likely to cruise around the Mediterranean or the Caribbean Seas, there is scope for looking at the Ka-band services, being marketed as 10-times faster than Ku-band for a fraction of the price. On the other hand, if you are going more global, we suggest you put a reminder in your diaries to look at the Ka-band again in one year and, in case of upgrade of existing antennas or the purchase of new ones, consider a dual-feed VSAT antenna that will work in both frequencies.