Industry » Yacht Technology » Starlink, SpaceX and Wi-Fi at Sea
« BACK

Starlink, SpaceX and Wi-Fi at Sea 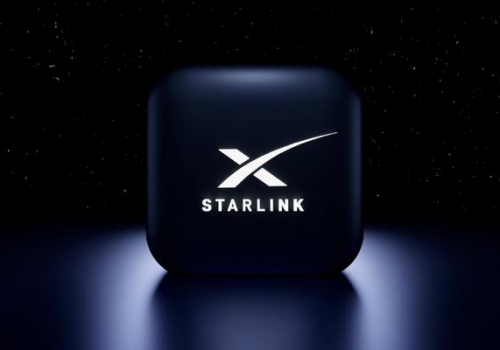 With our data demand increasing daily, Starlink has arrived at the right time to coincide with streaming services to carry the additional bandwidth load needed in today's age and makes cloud and online services more appealing to the maritime world.

Those who have, or will, install the RV or maritime system stand to benefit from fast internet connections. Charter guests on a multi-million-dollar superyacht will no longer have to complain about the slow internet! Or will they? Some experts are sceptical of Starlink's stability and ability to deliver on its promises, preferring to look at solutions like ViaSat, boasting speeds over 100 MBps or Oneweb's LEO technology offer, which guarantees a certain amount of bandwidth (CIR). What do you think?

SpaceX at a glance

SpaceX has taken the space world by storm as Elon Musk plans to dominate the world of space by building a city on Mars and a shuttle service to the Moon! You can find more information about the first person to sign up for the Moon journey here. SpaceX now has over 3009 Starlink satellites functioning in orbit and is conitunally adding more, with up to 53 being launched per Falcon 9 flight. The Falcon 9 is the first orbital rocket to challenge space capabilities.

Falcon 9 is a reusable, two-stage rocket designed and manufactured by SpaceX for the reliable and safe transport of people and payloads into the Earth's orbit and beyond. Standing over 70m tall, 3.7m in diameter and 549.054kg in mass, it’s the world's first orbital class reusable rocket. One SpaceX Falcon 9 rocket has capacity for up to 60 satellites, and the reusable aspect allows SpaceX to refly the most expensive parts of the rocket, driving down the cost to access space. The Falcon 9 is the most active rocket today - you can find the latest stats here. At the time of writing, it boasts a remarkable 195 launches, 153 landings and 132 re-launches.

Falcon Heavy is the big brother to Falcon 9, consisting of three reuseable engine cores, making it one of the most powerful rockets currently in operation. It has a lift-off thrust of over five million pounds, equivalent to the combined thrusting power of eighteen 747 jetliners. This makes it capable of carrying a fully loaded 737 jetliner into orbit, complete with passengers, luggage and fuel. Falcon Heavy is in its early stages compared to the Falcon 9, as you will see from the stats here but to date it has achieved four launches, nine landings and four re-launches.

The vast majority of all missions have been to deploy more small satellites, demonstrating SpaceX's commitment to building out its satellite mega constellation Starlink. Incredibly, SpaceX is already responsible for more than 40 per cent of all active satellites in orbit around Earth, and thousands more Starlink satellites will be launched into orbit before their network is complete.

Starlink at a glance

Starlink is a global communications service provider headquartered in the United States with over one million subscribers. The internet service has been a game-changer to the aviation and cruise industries, and provides critical communication throughout Ukraine. Starlinks is present in over 160 countries, and its platform will be accessible from almost any corner of the Earth once complete. Starlinks continues to deploy small satellites to build its mega LEO constellation at an altitude of 340 miles (550 km), aiming for a total of 42,000 small satellites to complete its constellation to cover every corner of the planet.

According to SpaceX's website: "Starlink internet works by sending information through a vacuum of space, where it travels much faster than in fibre-optic cable and can reach far more people and places." Such an infrastructure has many challenges, with the primary aim to maintain 100 per cent uptime providing high-speed data connectivity for autonomous vehicles and other emerging technologies. However, building a global satellite network and providing an always-on, low latency connection is no mean feat.

The Starlink internet service has five buying options: Residential, Business, RV, Maritime, Aviation (2023) and IOT, where some of Starlink standard tariffs have been restricted to a ‘best effort’ service, which now includes a 1TB data cap on monthly data consumption. However, premium services like Maritime with a 5TB data cap and maximum speeds of 350 Mbps ‘best effort’ will cost $5,000/month and $10,000 for initial hardware purchase.

Starlink has also moved into the IoT market by acquiring California-based Swarm Technologies, which provides the world's lowest cost, global connectivity for IoT devices specialising in building their 'SpaceBEEs', the smallest commercially operational satellites in space, measuring 11cm by 11cm by 2.8cm, roughly the size of a small notebook. 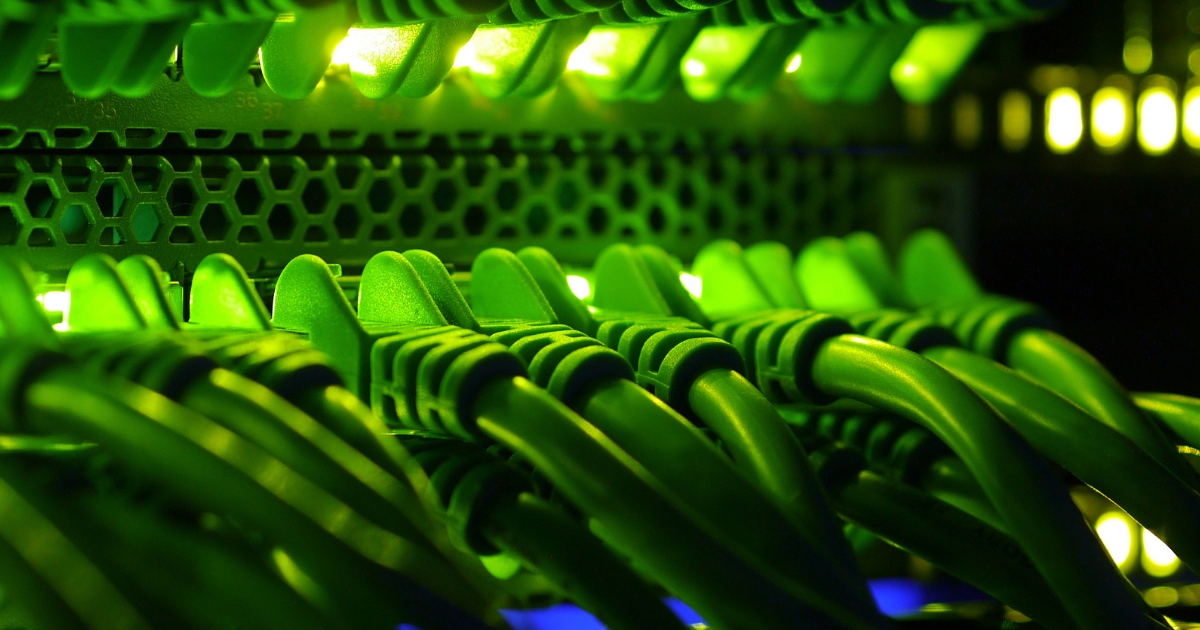 The highly anticipated launch of the Starlink project has created a vast amount of buzz, and understandably so, since early users have reported internet speeds of over 350 megabits per second. Consequently, Starlink sales are on the rise as more individuals realise the potential for greater connection service at a lower cost than most traditional solutions. For some customers it's an opportunity to save money but for most its about a level of performance they have longed for.

The Starlink effect has given rise to a new emphasis on better internet in rural areas and at sea, staying connected no matter where you are. All seafarers and passengers will have experienced slow Wi-Fi, even on the world's most advanced vessels, but imagine a world without the need to contantly speed-test your connections and pray that it holds up.

However, it hasn't all been plain sailing as RV customers lost the ability to cruise with the RV service live. According to Starlink, the service will only operate until the vehicle or vessel is stationary. With the aim to steer the maritime industry into purchasing the premium Maritime service with access to a monthly data consumption of 5TB compared to 1TB with the RV service.

A cautionary note: as more and more vessels adopt Starlink as their primary networking solution, it is vital to consider what happens when something goes wrong - who will you call for support? If you go direct to Starlink there is no 24/7 NOC support line, but a few maritime connectivity companies are officially authorised to supply and support the Starlink service, and provide crew with shoreside technical support.

Starlink has arrived on the market with a bang, with many industries looking to profit from Starlink's service. However, if Starlink sales remain positive, some companies/legacy technologies are likely to see a downturn in their sales as clients dial down or cancel their existing internet contracts, opting for Starlink as the primary internet source. With so many eager to ride the Starlink wave, connectivity companies must be cautious as sobut they should also be careful not to get drowned by it! Although other internet sources will be around for a while, Starlink's offer is just too good to ignore: a low-cost alternative that outperforms every competing wireless WAN technology 9/10 times.

Many parts of the world are yet to access the service, but Starlink is committed to hitting each scheduled launch date. As more satellites are deployed, the Starlink service will evolve by offering its users better coverage, reliability and support. Or will it? The Starlink technology has never been overloaded or stress tested live in the real world, and we just don't know if the network will hold up under pressure. This is speculation for now, and I'm sure Elon and his team have it covered, especially in light of what they have achieved so far.

Many believe Starlink will be the saviour to end all connectivity problems but installing a Starlink antenna can often highlight the poor condition of an existing IT network. In layman's terms, it’s akin to installing a larger water main without addressing the deteriorating household plumbing system.

IT networks will only become more complex as multicast traffic from AV systems starts being deployed. We can benefit from multiple 4k streams simultaneously, boosting the AV system's capabilities, bu we must ensure our IT networks are up to date and running efficiently to support these new necessities. One easy, savvy way to upgrade your IT network with little disruption is by using the latest multi-gig switching, which supports the latest Wi-Fi generation 6E and beyond.

What is multi-gig switching

As data rates continue to increase, the need for faster networking speeds has never been greater. This is where multi-gig switching comes in, providing speeds of up to 10Gbps on standard Cat5e and Cat6a cables. This allows for much faster data transfer and eliminates the need to renew your cabling when upgrading to a higher-speed IT network, saving thousands on new cabling and hundreds of man hours.

As multi-gig products continue to evolve at an ever-increasing rate, companies are scrambling to provide equipment that can keep up with demand. Cisco is again leading this charge with their range of Catalyst switches, which now overlap with Meraki's offerings. Multi-gig was initially designed for Wi-Fi 6 and will undoubtedly support Wi-Fi 7 once it arrives. With Cisco's new multi-gig technology, you can enjoy blazing fast speeds of up 6.8gbps! This latest technology provides an unrivalled performance to end-user experience that will make your online time more enjoyable than ever.

Have you ever been frustrated by buffering video, stuttering Zoom or choppy WhatsApp calls due to a slow network? Coupled with a solid internet connection, you can put your worries to rest with a future of no more waiting for downloads or interruptions in streaming! The next generation of wireless networking is here with the new Wi-Fi 6E standard. This new standard supports a 6GHz wireless spectrum, which means faster speeds, lower latency, and more security for your network. With the Starlink service complementing Wi-Fi 6E, you can enjoy IT networks that deliver the capacity, speed, and security you need for an optimal wireless experience.

Want to find out more?

YOT (Your Onboard Technologies) is a business-to-business IT networking, server and computing supplier. YOT's team boast over two decades of IT networking experience and over 50,000 IT support hours, making them a go for your company's IT needs. They support some of the best integrators in the market with IT solutions to meet their technical requirements.

Get in touch with them if you want an unbiased, independent view of IT networks, servers and computing solutions that meet your company's needs.