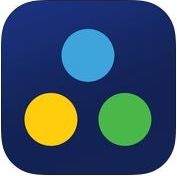 There's an app for everything; even winter sports. From ski trackers and snow-reporting software and winter sports shopping apps, Trace Snow an app for skiers on Android and iOS.

Trace Snow (formerly known as Alpine Replay) is a fantastic course-and-trail-tracking app that lets skiers log an entire day up in the slopes. Using your phone's built in sensors, Trace Snow records metrics such as speed, jumps, airtime, distance traveled and calories burned. Users can view a summary of their statistics after hitting the slopes, with their route automatically mapped out. Trace Snow (formerly AlpineReplay) is the premiere ski and snowboard tracking app and is ranked as the #1 winter sports app by Men's Health magazine. Trace Snow is the most used and highest rated app for skiing and snowboarding in the world--our users log more than 2 billion feet of vertical a month!

Trace Snow allows you to track your day on the mountain by measuring speed, airtime, distance, vertical, calories, and more.

We separate your runs, tell you which chair lifts you've taken, clock your time on the chairlift and much more. Get a basic set of stats right on the slope or log in on AlpineReplay.com to see your progress over the season, compare with friends, push your stats to Facebook, and Replay your runs in 3D.