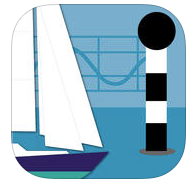 Essential TIDES tool for sailors, divers, canoeists, fishermen, surfers, swimmers, photographers and anyone involved with sport or leisure at the seaside. At the push of a button Tides Planner allows you to see tides for 8,000+ WORLDWIDE locations. NO CONNECTION REQUIRED as the app has its own database.

One tap to tides for your favourites. Advanced users can take advantage of extensive tools to calculate time windows for entering/leaving and clearing depths.

From version 3.0 enhanced predictions for Europe based on our own constituent analysis system. Other countries to follow.

- In certain countries get a Hydrographic Licence to remove restrictions.

Each Hydrographic Office Licence is ONLY PURCHASED ONCE and applies to all Valid Years.

ABOUT US
Tucabo: developers, pilot book writers and sailors. Look out for other applications in the Marine Navigation Series from Tucabo and Imray.

See the app on YouTube - search for Tides Planner
http://www.youtube.com/watch?v=62MaM6v52_A

Always consult tidal curves and take into account local weather (pressure and wind) and swell conditions, which can have a very significant effect on sea water levels.