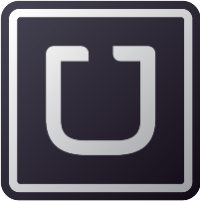 No matter where you are in the world, most people like to have a drink when they go out. Although those of you on charter may have to delay it, sooner or later, your time will come.

All’s good and well on a fun night out until you realise nobody has stayed sober for the drive home. When you’re in a foreign country and public transport and even taxi’s seem non existent, it can be tricky, so we have another option to present.

Some of you have probably already heard of or used UBER, it's a taxi/car service/ride-sharing app which provides door to door service from your smartphone. It’s simple, secure and, best of all, cheap - usually half the price of any taxi you could hail on the street. One of the many benefits of UBER, is that you use the same app no matter where you are in the world, and it adjusts according to location services.

The services vary in each country, some include ordering an actual taxi if an UBER driver is not available, some offer uberlux, in case you’re feeling flush, but the process is always the same. Set the pickup location, (I recommend getting a fare estimate to your destination) then request a ride.

If a driver is available you’ll be allocated one, and s/he will be with you shortly. You can even track your driver in-app to make sure s/he isn’t lost or otherwise delayed. If you struggle to find your driver, you can also call or text them from in-app links.

The only downside with UBER is the consistency. In a busy city, you can invariably get a driver within 20 minutes, otherwise it’s not always guaranteed, plus you can’t pre-book. Despite this, it’s definitely an app worth having - to get you home safe and sound after your festive celebrations.

In the last few months UBER has faced a number of bans and attempted bans across Europe and further afield, often siting poor personal safety but, in reality, taxi monoploies the world over have had their feathers well and truly ruffled. It's easy to understand why the black cabs in London might oppose it but, more generally, a good service at a fair price is long overdue, and a little competition is no bad thing.