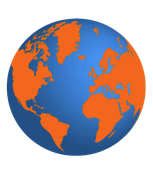 The number of incidents this month is few, due to the onset of the South-West Monsoon, which starts at the beginning of June. It starts in the southern Indian Ocean and moves northwards towards the Horn of Africa. Once it has become fully established over the Somalia Basin and the North Arabian Sea, monsoon conditions persist throughout most of June and August. Winds can get up to 23-28 knots, with gusts of 35 knots. It is not uncommon to see waves of between 7-8 metres. Strong winds and high waves create a non-permissive operating environment for small crafts, hence the small number of incidents.

In the past, this has meant that shipping companies have become complacent about security, assuming that an attack is not possible. However, this month, the Kenyan Government has repatriated around seventy eight Somali pirates, who have served their jail sentences leaving only one hundred and sixty convicted pirates remaining in Kenyan prisons. This also comes at a time when support for anti-piracy initiatives and prosecution has hit an all-time low, with some suggesting that security will not be needed in the future. Security experts warn that this is a dangerous move and that the newly returned pirates will return to their trade, if the patrolling situation and the use of armed guards, was to diminish. The security situation in the region is far from stable, with attacks by al-Shabaab continuing with gusto in the capital Mogadishu. These include attacks near to foreign Embassies and on foreign convoys. Furthermore, African Union peacekeeping troops have had to withdraw from three bases outside Mogadishu, after Al Shabaab attacked one of the bases at Lego, which is 90 kilometres from the capital. In this attack, some sixty Burundian troops were killed.

June has seen the beginning of the first piracy and maritime court cases to be held at the newly established courts in the Seychelles. The first cases to be heard, concerned the trial of five suspected Somali pirates who were arrested after they were accused of attacking an oil tanker in the Gulf of Aden back in January 2014. They were arrested the next day by the French naval ship, FS Siroco. The Seychelles has completed sixteen piracy trails over the last few years and this is more than any other country in the region. It is hoped that the new court will make it easier to prosecute suspected pirates, as this has become an area which needs improving, in order to deter future pirates.

On 13th June, Egypt's Suez Canal authority announced that the New Suez Canal will be inaugurated on 6th August. The project has seen the construction of a new 37 km long waterway, which will reduce the canal transit time from 22 to 11 hours, and the deepening and expansion of 35 km stretch of the current canal. The project is entering the final stage of construction now. Construction on the project began in 2014 at an estimated cost of $8 billion and the project is expected to increase annual canal revenue from USD 5.5 bn to USD 13 bn in less than a decade.

This month the UN –sponsored negotiations between the warring factions in Yemen, concluded with the failure to agree on a ceasefire and no date was set for any future talks. Therefore, the situation in and around the country remains critical and the humanitarian crisis and violence will continue unabated. This will undoubtedly impact on port operations, with many of the countries ports remaining closed, due to the worsening security situation.