Industry » Safety & Security » Deterring Piracy in West Africa: Why the East African Model is Ineffective
« BACK

Deterring Piracy in West Africa: Why the East African Model is Ineffective 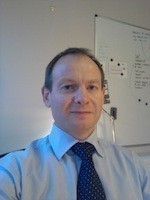 The contributory factors that have led to a sharp fall in piracy in the Indian Ocean and Gulf of Aden are well known: greater take-up of BMP4 (Best Management Practices Version 4), increased and more effective naval presence (either as a national action or part of a multi-national task group), and an increase in the number of privately contracted armed guards through private maritime security companies (PMSCs).   But these factors only act as a deterrent and the underlying causes of piracy are much more difficult to deal with and will take a much more concerted effort by nation states.

Efforts are underway to improve the situation in countries such as Somalia, where there are some notable improvements to infrastructure and job opportunities.  For example, the simplest Internet search reveals a number of hotels in Mogadishu: the best-marketed are even listed on sites such as “Trip Adviser”.  But economic growth of the Somali economy, and with it a growth in legitimate opportunity, has yet to be achieved, apart from in small isolated pockets around areas where NGOs, aid agencies, and government departments are operating.

But as PMSCs, international navies, and increased take up of BMP4 has put Somali piracy into sharp decline, there has been a marked rise in the piracy encountered in West Africa. And there are some similarities that can be drawn betweenpiracy in the East of the continent and in the territorial waters of the countries in the Gulf of Guinea, which include Togo, Benin, Nigeria, and Cameroon. Even countries such as Gabon are known to be worried that piracy will spread south to their waters. The greatest similarities arein the lack of legitimate opportunities in the job market, poor social mobility, high levels of young and poorly educated males in the population, and low levels of prosecution for crimes committed at sea, such as piracy.

Differences between the East and West

However, there are numerous differences. The nation-states in West Africa are, in the main, very poor and find it difficult to develop an effective criminal justice system that can properly prosecute. However, they are by no means failed states and they do have functioning governments. The fundamental difference between dealing with piracy in the Eastern and Western regions of Africa is that there are effective and working nations in the West, but not in Somalia – the largest single area of ungoverned space where piracy exists in the East. Consequently, when navies or privately contracted armed guards are operating in East Africa they are operating in international waters, and the international and national laws to be applied are often unclear, as is the country in which pirates will be held should they be found guilty. Although concerted efforts have been made by some littoral nations, such as the Seychelles (with help from organisations such as the European Council and Union), prosecution rates remain low.  Arguably the most effective course of action in East Africa is to use armed guards to provide a deterrent effect for ship owners, operators, and charterers.

Nigeria is the regional powerhouse in West Africa and its problems are well known: terrorism, criminality, unemployment, and corruption. But the fact that it is a functioning state makes it hard to conceive that the state will allow private armed guards –especially in a complex environment –to operate in their territorial waters and economic zone. However, it is in these regions where the problems of piracy currently exist.

To protect their interests, the international companies that operate in Nigeria tend to employ armed security companies that are from Europe or America which operate with local security companies connected to coastguards and navies. This is likely due to the fact that corruption is a problem in Nigeria and other regional nations and, whilst the government are showing signs of tackling this, it is still a serious issue in certain parts of the armed forces.

There are those that would blame the rising problem of piracy on elements within the regional navies that tip-off the pirates when commercial ships do not take security connected to the navies or coastguards. This security is usually arranged through a local private intermediary and involves unarmed guards from outside the region, and local armed guards.

The cost of security

In East Africa and the Indian Ocean, the world’s navies may well be effective in certain circumstances. Since offering convoys and having a presence in the region these navies are certainly part of the solution. However, this comes at a high price. For example, it costs hundreds of thousands of pounds to run a Royal Naval warship every week and we should be asking if this is good value for the money when armed guards act as a good deterrent to piracy. There are companies such as Typhoon, which offer what is effectively a private navy for those willing to pay. This is perhaps a fairer model than expecting the state to bear the costs and, arguably, it gives ship owners a greater range of protection than is possible with armed guards alone.

It is difficult to get away from the assertion that privately contracted armed guards are effective, popular, and the companies operating armed guards have seen a high demand for their services. We also know that no ship has ever been taken with armed guards embarked. However, it is likely that, as long as the underlying causes of piracy remain un-tackled, piratical activity will escalate with increasing sophistication.  Therefore, ship operators and owners would be well advised to use only well-trained, properly insured, and professionally operated companies. As armed guards are so effective, this might explain why ship owners have not looked for a solution elsewhere, which has stifled innovation. We have seen few companies offering any sophisticated response beyond armed guards.

An increase in the west

According to the International Maritime Bureau (IMB) there have been many more incidents of piracy in West Africa than East Africa over the past 12 months. But the acts of piracy comprise quite different crimes. In East Africa, the aim is usually to take a ship and crew hostage until a ransom payment is achieved. By contrast, the aim in West Africa tends to be to steal possessions and cargo; the latter crime has become increasingly violent, and recent attacks include reports of exchanges of fire between armed security and pirates.

Privately contracted armed guards cannot be used in the territorial waters of functioning West African nations; this, and the increased levels of violence present in West Africa may actually help to promote innovation in the maritime security sector. There are a number of different aspects of security that could be improved, but as yet have not been taken up by the mariners. Measures such as ship design, citadels, camera systems, covert tracking, and other technology such as 360-degree imagery have not taken off as anti-piracy measures. Some of these technologies, such as camera systems, are already advised in BMP4 and, when integrated with intelligence products, can reduce pirate attacks.

Camera systems help improve prosecution rates and work in conjunction with physical security. Citadels give the crew (and potentially the security team) an option should the pirates take a vessel: but they have to be well designed and thought about either during a re-fit period or at build. Most citadels are not effective and may even give a false sense of security. Covert tracking is a cheap option that also has fleet management benefits. Unlike other navigational aids it cannot be switched off or used by pirates to locate a target. Other techniques such as 360-degree imagery have engineering advantages and also allow any operation to re-take a ship from pirates less risky (when carried out by appropriately qualified special forces teams).

Although there are similarities between piracy in the East and West regions of Africa, there are many more differences in terms of the crime itself and effective government.  As West African countries are functioning states, it is especially difficult to use privately contracted armed guards in this area, despite the fact they are an extremely effective deterrent.  However, the absence of this option should hopefully drive technological innovation in the areas discussed above.

John Holden is the Managing Director of QuinSec Maritime Security Management, a maritime security company formed in late 2011. Before joining QuinSec, Mr. Holden worked for the U.K. Foreign and Commonwealth Office, specialising on matters in Russia and Central Asia. He was part of the U.N. Peacekeeping Mission in Georgia, worked for the Joint Terrorism Analytical Centre and served in the Royal Navy.

QuinSec’s four directors and senior staff came from the Royal Navy, Special Boat Service, commercial diving industry, intelligence agencies, Customs and Excise, and the oil and gas sector. By drawing on this broad base of experience, QuinSec has brought to bear an alternative approach to the complex world of maritime security.

QuinSec gained positive interest from investors, international oil and gas companies, the maritime insurance industry, academics and regulators in the United Kingdom. The Dorset-based company, with offices also in London and Washington, D.C. and representative offices around the world, has grown quickly and is now known not only for supplying armed guards, but also for being specialists in providing sophisticated technical options for clients. The company has developed unique security solutions, which include: 360-degree imagery, covert tracking capabilities, sophisticated portable wireless camera systems designed for the marine environment, intelligence and investigation services, crew training and private armed guards.