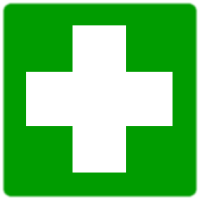 A Public Health Warning has been issued to GP’s, A&E Departments, Critical Care Units and all NHS trusts across the UK regarding the signs and symptoms of the deadly Ebola Virus.

Since the outbreak in February, in the Western African countries of Guinea, Liberia and Sierra Leone, more than 1,200 people have been infected. Out of these, 672 have died as a result.

Ebola symptoms are similar to that of the common cold and has an incubation period of 2 – 21 days. Victims then experience internal and external bleeding and the virus is deadly in around 90% of cases. The virus has no cure.

The incubation period increases the risk of the virus spreading and peoples coming into contact with people carrying the virus unwittingly.

International airports have been warned to look out for people who may have signs of fever, vomiting or diarrhoea travelling from West Africa in particular. Alerts have heightened, after an America man who had travelled to Liberia for his sister’s funeral who had died from the virus, was allowed to board multiple international flights, whilst showing these symptoms, before travelled to the Nigerian capital of Lagos via plane, where he died of the virus.

The virus spreads easily if a person comes into contact with the body fluid of an infected person. It would spread easily in the tight confines of a plane and as the American man had travelled through a busy transport hub, speculation that the virus has spread further afield, has risen.

Anyone who thinks that they may have been exposed to the virus and show signs of fever, should receive medical assistance immediately.

Travel to the affected countries should be avoided unless absolutely necessary.